In over 1,100 posts on this blog, I have covered a lot of topics that lead to happiness. Today, I want to talk a little bit about the flipside of happiness – depression, because depression is a big issue for many families these days.

There are many depressed couples, depressed parents and more and more depressed kids. The most concerning of these are parents who suffer from depression, because they often raise kids that cannot handle life very well.

Some say depression runs in families. That is not surprising because I think if you take a perfectly normal and healthy child and raise them in a house where one or both parents are depressed, they will definitely grow up to be troubled.

Depression is something people do not like talking about. I know many families in which the depressed parent is dragging the whole family down but no one says anything. It is very much like having a parent who is alcoholic or terminally ill. Everyone walks around on eggshells but tries not to say anything. Not always because they are afraid, but often because they have given up trying to speak up. 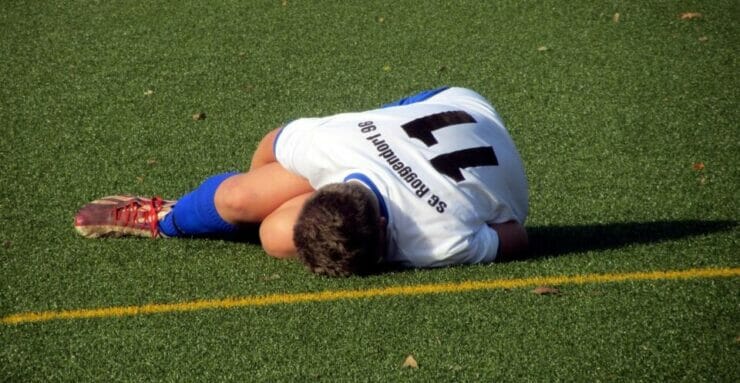 To conclude The Art of Listening series, here are some tips on things to watch out for in deciding which listening style to adopt.

In previous posts, I covered situations when it is hard to listen, types of listening and how to become good listeners. However, putting all this into practice means you need to know when it is appropriate to adopt one style over another. There are some things to watch out for in making that decision.

Be a kind listener when:
1. The speaker is angry or in a bad mood.
2. The speaker feels judged or stressed.
3. When you want to please the listener or need something from him/her.

In Australia, we are halfway through another school holiday season. I love school holidays, even though I finished school many years ago. For parents, the holidays can be a stressful time. Here is an A-to-Z guide of what you can do with your kids these school holidays to make the time a bit easier.

Acting is a very healthy and fun thing for kids to do. Give them opportunities to rehearse a play and present it to you. They can make puppets and use a table as a stage. Be a very supportive audience and encourage them to perfume for you.

Beach is a great place to be in the school holiday. Give the kids a ball and some boxes to build sand castles and they will be busy for hours.

In this final post of How to Overcome Shyness, I have added a few more tip to help you and your child.

If strangers are your greatest fear, practice. Conquer your fear by starting conversations with total strangers. Say something to the bus driver or the supermarket cashier. You will conquer your feelings by feeling the fear and doing it anyway. Take the risk. It gets easier after.

If your need to control things causes you to be shy, try letting go of your attachment to the outcome. Give it a go and wait to see what will happen. Accept things as they are. “Whatever will, be will be”.

If your shyness comes from a fear of being hurt by someone you trust, try opening up slowly. Share something small with someone. Take small risks of self exposure. Most people will share a similar sized ‘something’. If you are a parent helping a child, expose yourself first to encourage your child to do the same.

Being shy can be pretty debilitating. And surprisingly, most people have experienced it at least once in their lives. In this part of “How to Overcome Shyness”, I want to share some tips with you on overcoming shyness.

In the last post, I covered the four main causes of shyness: need for control, lack of trust, fear of being judged and being critical.

Now that we know the what and why behind shyness, I want to share some tips with you on how to overcome it. If you have kids, escort them in this exercise and help them practice the tips. You may have to be their facilitator.

To be able to overcome our shyness, we need to understand the reasons behind it. Here are the four main reasons why shyness occurs:

The first is a need for control. Shyness can start when people feel like they are outside their comfort zone. People who experience this kind of shyness usually know what is socially acceptable in certain situations, they ask questions to be sure, and they are good at thinking on their feet. These people prefer to talk about their strengths and things within their comfort zone, they are well prepared and like consistency. When things are unclear, unpredictable, or when someone pressures them, they worry and become anxious because they lose their sense of control.

Most people, young and old, have experienced being shy in social situations. Most people also seem to think they are shier than everyone else. Surprisingly, they are wrong. 98% of people think of themselves as shy. As children, some people lack the skills and lived experiences of coping in social environments, which makes them feel crippled and develop a sense of helplessness because of it.

Shyness can be debilitating. The good news is that it can be changed.

Shyness is a form of anxiety. The severity of the anxiety depends on the type of shyness.

Situational Shyness means experiencing anxiety in certain, specific situations. Examples include, during a test, in a big group, when standing on stage, while having to present or make a speech, when answering a question, having to think on your feet or trying to make a good impression. The main challenge in this shyness is the timing. It never feels like the ‘right’. You never feel ready to tackle the task before you.

This week, a client of mine asked about her son’s behavior. Thomas, her 3-year-old son, does not know what to do when kids take things from him. Sharon, his mum, says he starts crying immediately. She is worried that this will be his behavior in the future. She wrote in her email to me, “If a child cries when kids take toys from him, does it mean he will grow up to use crying whenever things do not go his way?”

The simple answer is:

No. Just because kids do certain things do when they are young, does not mean they will do them as adults.

Kids are inexperienced in searching for ways to get what they want. They have had limited exposure to “life” so they use more primitive and intuitive ways of getting things. When they were born, all they knew how to do was cry. And they found it to be an effective way to get what they needed. We all used crying as a method when we were babies, but that does not mean we do it now that we are grown up, at least, not in the same way.

This week, my daughter Noff came from a get-together with some of her friends. One of the friends she met had known her since primary school and had come to every one of her birthday parties, which we throw every year. She told Noff she appreciated that we never opened gifts in front of the guests.

I thought that every family faces the question about opening gifts in public at some point, and it is better to have a philosophy about it than to deal with the challenge again and again.

It all started many years ago, when I was in 2nd Grade. In my hometown, it was the tradition that on Friday evenings, children would invite their classmates to a birthday party. Luckily for me, the tradition was to invite the whole class. Otherwise, I would probably attend 3-4 birthday parties a year.

Since this was common and we had about 35-40 kids in a class, we had a birthday party roughly every week. Not all the kids were allowed do have a party at home. Since it was costly, most of the those who could have a party were rich and I was one of the poor kids. The first time I had a party at my house was when I was 17 years old.