Home » Books » Personal Development Books » The Will
The Will

What’s the most important thing your life?

We spend most of our lives studying and working so we can earn lots of money and find the desired happiness. Most people believe that acquiring knowledge, working hard and spending most of their time “making” money will make them rich and … happy.

How often have you really thought about this? Do you run your life by your real priorities, or do you just focus on the money?

Money is a sensitive topic and since it is hard to talk about it, so we all end up holding on to the same beliefs, which lead us to the same outcome: stress.

Everyone has a family story about how money became a conflict. For most, money is the source of evil. A curse. But is it?

Everyone knows someone where money was the reason couples separated, estranged parents and children and people who had big fights with friends because of money. What really happened there?

What’s in the Book

The Will is an story about a family torn by money, which helps the reader redefine the meaning of being rich.

In it, Ronit Baras tells about the lives of the Brahms family, in which each member has a different attitude to money and how distorted attitude brought them sorrow and sadness. She exposes the reader to her characters’ thoughts, fears and desire and shows how attitude determines whether money is a to curse or blessings.

In her captivating writing style, Ronit takes her readers through a journey of realizing their own believes regarding money and helps them redefine the important things in life.

Throughout his life, Sam Brahms tried desperately to instill in his children and convince his wife to value the important things in life, but he failed. His family members drifted apart with bitterness and resentment in their hearts.

When he died and left a will, to be read a month later, his family didn’t know their world would turn upside down. In moments of grief and uncertainty, his ex-wife, his three children and his lawyer are torn between greed and the desire to honor his last wish and face their biggest fears and to question what they value most.

Can Sam’s will bring his divided family together or make them drift even further apart?

What kind of a legacy will he leave behind him?

Will Sam Brahms succeed in death to do what he couldn’t do in life?

This book is a wonderful gift for a friend or family member struggling with their relationship to money.

Beatrice sat on her porch in her rocking chair.

She felt she had to rest after a stressful week.

Being busy preparing for the event, made it easier to cope with her big loss.

In moments of quiet, she felt a deep, heavy sadness. She was not sure what was harder, the realization that he was gone or needing to arrange his funeral.

Just the week earlier, she had taken him to the airport. He had been on his way to a skiing trip in France.

They both drove the kids to school, and he gave them a big hug and promised, “Next year, we’ll all go together”.

A week earlier, Beatrice still had a dad.

Her husband, Marc, watched her from the kitchen as she sat rocking in her chair. Bea looked so fragile. His heart was full of love for her. Marc looked at Bea and could see her broken heart weeping right before him.

Bea’s house was full of people who came back for the wake. She kept herself busy serving food and in a quiet moment, she sneaked out to her rocking chair on the front porch. In her pocket, she found the envelope the old woman had given her. She looked around. The group of old people from the funeral, who came from France, were not there. She had never seen them. She was not sure if she heard them say that they were her dad’s “business partners”.

Bea opened the envelope. There was a cheque for 10,000 dollars. She counted the zeros. Yes, it was ten thousand dollars. Her heart skipped a beat. It was a lot more than the funeral expenses, she thought. She stood up feeling shaky and walked back inside, looking around the room.

A tall man with a suit mingled with the guests. She thought she saw him at the funeral. He was standing near the group from France, but she didn’t remember him getting out of the taxis with them.

He was much younger than they were, and she didn’t recognize him. She put the envelope in her pocket and went towards him. He was holding a plate that had a slice of the cake she had baked that morning on it.

“Hi, I am Beatrice, Sam Brahms eldest daughter and you?” she said and stretched out her hand to shake his.

“Nice to meet you Bea. I am Mike Sharing. I’m your dad’s lawyer”, he said with a big smile.

Britney slowly crossed her legs and smiled seductively at the men. Bea looked at Marc, rolling her eyes in despair. She was hunting for a wealthy man, on any occasion.

“The will has three parts. The first part is official, which I must read to you. Lots of formal language, dealing with validity and executors Sam gave me to fulfill the legal aspects. To help you follow and also to make sure you won’t fall asleep”, he said and gave each of the participants a booklet, “Jane has prepared copies for everyone to follow along and stay awake”.

“What’s with the other two parts”, Ben asked.

“We’ll get to that”, Mike Sharing said and smiled, “If you have any questions as we read through this part, please write them down and I will answer them at the end”.

He handed out impressive looking pens with a gold thread on them. Bea looked at the booklet. It was all technical jargon, which she hated. Everyone was quiet and attentive. They didn’t even have time to be nasty towards each other.

Mike immediately started reading from his copy. Bea looked at the photo on the wall of her dad with the elderly people. The same people who were at his funeral. She couldn’t believe he was dead. She had no doubt a part of her dad’s life, was missing.

Bea had many questions she wrote on Jane’s copies. Who were his business partners? Why did they have to fly all the way to attend his funeral? Where did he get the money to pay for a luxurious envelope with a golden thread, lavish pens and a lawyer sitting in the 32nd floor in one of the best buildings overlooking the city?

The year before Margaret left, the farm experienced a devastating drought. Her dad went into huge debt and her mom could not spend money as freely as she would have liked. Straight after the divorce, the new crop was very successful. Sam joined a big company as a consultant, but Margaret didn’t want to wait. She told her lawyer to take her name off the farm title deeds to ensure that she would not have to pay Sam’s debts. She took Sam’s boat, though she never used it, as well as the cutlery, linen, albums, and pictures.

When Bea went to the farmhouse, she was shocked. The house was completely empty. Margaret had taken Sam to the cleaners. Bea excused herself, went to the toilet and wept.

When she came out, she said to her dad, “Oh, good. It was time to renew anyway”. She really wanted to ask him, “Why on earth did you give her everything?” But she already knew the answer. Her dad loved her mom so much, he hoped she would come back.

He went to a second-hand shop, bought some basic things and prepared the farm for sale. “Without her, there is nothing for me here”, he said. She didn’t have half of his money. She had his whole heart and she knew it. 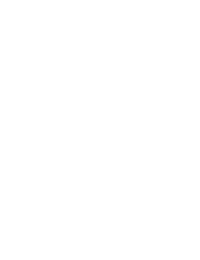 Ronit Baras is an educator, life coach, journalist and motivational speaker. Born with a physical disability to a migrant family, Ronit battled with childhood illness, was kicked out of high school and endured the loss of two children. Yet, she transformed her life into a living example of “mind over matter”.

She is the founder of Be Happy in LIFE, helping people young and old to find happiness and live a life of purpose. She is also a State Director for the Together for Humanity Foundation. Her work has inspired millions of people around the world through her writing, presentations, coaching and mentoring.

Ronit Baras lives in Australia with her husband and three children.

The Will is her fifth book.