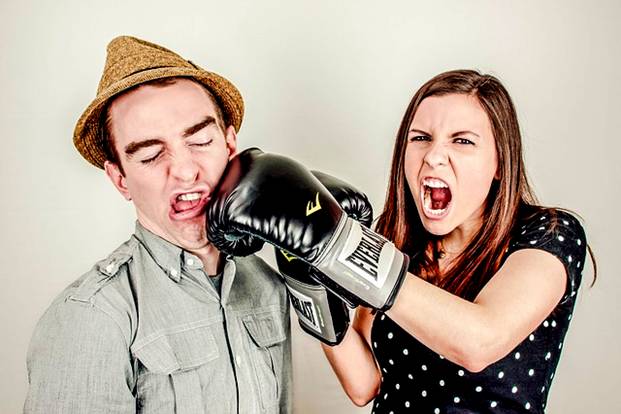 Relationships are at the heart of human society. Some say that being in a relationship is a basic need. In the bible, even the animals in Noah’s ark were in pairs. I think we are meant to be in relationships. Having a partner to share our life and be with us along the way gives lots of certainty in life. Together we share love, friendship, adventures, struggles, finance and children, and together, it is always easier and more fun. Unfortunately, sometimes, it just does not work. In fact, in our society today, relationship breakup comes more often than not and with it comes pain, grief and loss of hope.

I work with many couples through relationship breakups and with individuals rebuilding their life after breaking up with a partner, and I can reassure you, there is life after a relationship breakup. Usually, couples feel a hole in their heart that they wish to fill up. The desire to fill this hole drives them quickly into a new relationship that looks exactly like the one they left in pain.

Because the separation originated from a hole inside of them, which they thought the other did not fill, and they enter the new relationship with the same mindset. After a short time of excitement and attention, they realize that the new partner, lover or boyfriend/girlfriend cannot fulfill their needs and they go through the same breakup with more pain, more grief and more loss.

While it is hard to decide if this theory works based on personal attributes, attachment theory claims that in some strange way we relate and attach to our partners and in a way that matches the attachment style that was created between us and our caregivers in those first years of our lives.

For parents, this is the perfect opportunity to fix any problems in the relationship. For example, amending insecure attachment or making an already slightly secure attachment more secure. This is our second and the last one.

Like in early childhood, a secure attachment in teenagers is characterized by the ability to seek comfort from a meaningful figure when they are going through difficulties. It is also measured by how fast and how easily they are comforted and able to get them back on track, enjoying life and being available to absorb new experiences.

What Causes Insecure Attachment Between Parents and Babies?

The attachment between babies and their parents in those first few years of life becomes the blue print for the child’s future relationships. Insecure attachment style happens when parents cannot give their child the feeling of security that he or she needs. Usually, this happens completely unintentionally.

Separation from the primary caregiver – One of the main reasons for this separation is if the baby is sick. Premature or sick babies often stay intensive care, where their main caregiver cannot care for them. This can result in challenges in developing secure attachment. In other cases, sickness in the mother will prevent her from attending to her baby and can result in separation and insecure attachment. Other reasons may include divorce, death of the main caregiver or being given up for adoption.

Inconsistency by the primary caregiver – Having a consistent caregivers is essential to developing healthy and secure attachment. If a child changes caregivers often, either at home (e.g. nannies) or in day care, this may results in feeling insecure. This is one of the biggest reasons why we should aim for consistency in a child’s first year of development.

In the last chapter of save your marriage, I explained how a “king/queen” mentality can impact even the most wonderful of relationships. Over time, kings only strengthen their position of feeling superior, which can drive any “servant” out of the relationship.

In this chapter, I will talk about the king’s cousin, the nitpicker.

In a similar way to the king who adopts his mentality from his upbringing, the nitpicker adopts his habits from his parents. Growing up with a parent who is a nitpicker starts a pattern that children carry on into adulthood. Depending on their emotional state, kids will choose to either adopt or totally reject this mentality. They will either be like their parents or avoid their company and adopt a completely new way to communicate. This is not a conscious decision. Most people are not even aware that they do it. That is why external help is necessary if you want to change from a nitpicking communicating style.

Being in a marriage or a close relationship is the secret to a long life. But it requires effort. If you want to save your marriage, it helps to learn about communication.

On our wedding days and during our honeymoon periods, we tend to be very accepting and flexible. Communication flows, even if we say nothing at all. It is the life that begins later, which tests the strength of our relationship. Slowly, day after day, the conversations, experiences together, arguments and stress create holes in our communication.

Some researchers claim they can listen to a married couple’s conversation and predict the success of their relationship about 90% of the time. 90%! That is a lot! With the couples that come to do my relationship coaching program, I can often tell from the way they talk to each other or about each other if their relationship is still as sweet as honey or whether they are feeling the bitter taste of separation.

One major challenge of moving houses is telling the kids about it. Most parents are afraid to do this. They wonder when the right time will be to share the information with the kids and how to do it.

If you have young kids, do not tell them about the move a long time in advance.

Children’s perception of time is not sophisticated enough yet and they will just be anxious. As soon as you tell your kids that the move is on, they begin to deal emotionally by saying goodbye to the people and things around them (this is a coping mechanism we all have to manage). As a result, kids who are about to move away are often not invited to parties. People around them do not invest in their relationships any more.

This happens to adults as well…