As parents, it’s natural for us to want to keep our children from feeling what we perceive as negative emotions. We want to keep them from suffering. But as hard as it is to admit, by doing so, we often do more harm than good.

Most people grow up thinking that our purpose in life is to avoid suffering. But it isn’t!

We aren’t supposed to avoid suffering, we’re supposed to manage it. We should never fight it, or even try to control it. We must live with it and find ways to use it to our advantage.

Humans are kind in nature. Just watch young children. They are born with natural kindness. This is the main reason it’s so wonderful to be around children. They constantly give and engage in a way that makes you want to give in return.

Research has found that kindness is contagious. If you want to see it in action, try smiling at people as you pass them on the street. Smiling is an act of kindness! And when you smile, people smile back.

When babies see a puppet show with kind and affectionate characters, followed by rude and mean ones, they prefer the kind puppets. Yes, they were just babies. But they have an innate ability to mirror their surroundings. They can notice the tone of the voice and actions.

We should all teach our children how to help the world, because they will grow up in it and it needs to sustain them and their children. The good news is that if they start caring for their world at a young age, their emotional health and wellbeing will benefit too.

Children are born in a world where things are done to them and for them. Babies are born helpless, and since they can’t take care of themselves, they grow up thinking that the world revolves around them. Realizing that it doesn’t brings a lot of tears and tantrums, as you might expect.

Most kids gradually learn to live with not getting everything they want. But they don’t completely grow out of the tantrums.

Wake up, parents! We do not need to do the same things our great-great-grandparents did, because in some areas of life, they were not great at all. Giving compliments was definitely one of these areas.

The belief “back then” was that compliments got in the way of “building character”. I have clients and friends who say it aloud, “If you compliment people, especially children, they become complacent”.

Since when is complacent a bad word, anyway?

“Kids today are very disrespectful” is a common phrase I have heard a lot lately. Parents and teachers are very frustrated about this issue of respect. When children exhibit disrespectful behavior, they get into lots of conflicts and trouble and their ability to learn and absorb information is limited.

Respect is a very popular topic at home and at school. Most parents and teachers demand respect and by that, they do not understand that respect is earned and works like a mirror. When your behavior is disrespectful towards children, they will have no respect for you either. 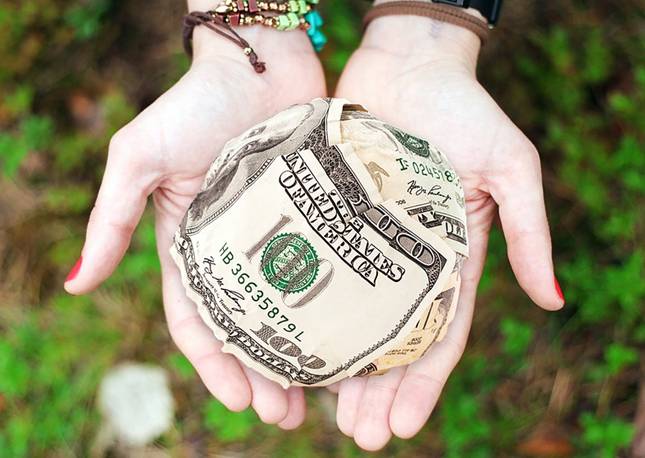 A friend of mine, who is an author and writing about teaching kids empathy and compassion, asked me for my opinion on the role of anti-bullying videos in shifting attitudes towards bullying. Here is my answer.

I believe that many anti-bullying campaigns may reinforce bullying, rather than helping to stop or prevent bullying. Most of the anti-bullying videos show stories of victims being bullied, feeling bad, sad and rejected, and how a change of attitude makes them feel better.

My question is, “If kids (and not just kids) could put themselves in their victims’ shoes, they would never bully anyone. What is the point of showing them a video that tries to put them in others’ shoes?”

Well, there is no point!

People bully because they are weak and they do not have any other way that they could think of that could give them strength and power other than bullying others. They have seen someone around them do it – someone has done it to them or they have watched thousands of videos in which verbal, physical or emotional bullying is just a common (“normal”) thing and part of everything they see around them. So by showing another video of bullying, we show them how common it is, instead of showing them that the opposite is more common (“normal”). Campaigns need to focus on good relationships, caring and sharing to give kids the message that “kind = strong” and that “bully = weak”.

When I was a kid, we had only two pairs of shoes each and most of them were “hand me downs” from older siblings and relatives. We sometimes got new shoes as birthday presents. When we asked for sports shoes that we needed for school, our parents would say that we should think about all kids in Africa who had nothing to eat, because for them, shoes were a luxury.

One day, when Noff asked for new shoes yet again, I said to her that while hers still sat on the shelf, kids in Africa would benefit from the shoes that were too small for her, which were in a perfect condition. I didn’t know then how true my words were.

Last year, I found out about a project called Shoes for Orphan Souls run by an organization in Texas whose focus is on giving shoes to orphans around the world. Shoes are very useful for kids in remote areas, where they need to walk for hours to bring water, to attend school or to reach a medical facility, and can contribute to better health.

In the last chapter, of the Helping Kids Build Character Series, I explained the nature of watering with weed killer. There are certain things we do as parents that prevent good character traits from developing.

If you want to encourage good character traits in your children, there are some important things you should do differently.

Here is a list of good character traits that will not develop in the presence of bad beliefs (“weed killers”). Read them. If there are phrases on the list that you recognize in yourself, try removing them from your day to day speech. See if you can replace them with more positive phrases.

Over the years, I have worked with many parents who succeeded in changing the seeds they were planting, from poisonous communication and planting helpful beliefs. Being a parent can be a burden and a blessing. If you were the one who watered your child’s character with weed killer (rather than nutritious water), only you have the power to change it.

Parents have an amazing power. I have seen many kids and coached many people about beliefs. Working with parents has always been the best solution because me telling a kid “your parents love you” is meaningless compared to a parent saying “I love you”.

This saying is as true for grownups as it is true for kids. We are what we think. If you want to know who your kids are, ask them what they think of themselves. Whether they think they are smart or not, happy or not, friendly or not, they are always right.

As I said in the previous chapter, a belief is like a seed, if you repeat the belief over and over again, it is like watering the seed. When the child hears the belief expressed enough times, the seed develops strong roots and becomes a conviction, like, “I am a very responsible kid”. The child stops thinking of it as a behavior and it becomes a character trait, a personal quality that they possess, “I am a very responsible kid”.

Here are examples of thoughts that will help build your kids’ character. If he/she adopts these thoughts/beliefs, they will turn into character of time. It is important to talk to kids about their character, what it means to them and what it means to you. Give them examples of times when they have shown a particular trait in a nice way and how it helped them in life. If you cannot find examples from their life, give examples from your own life, when you showed this trait and how it helped you in life. This will make it is easier for them to adopt the trait.