Last week, after posting Self Esteem Mini-Course (part 6), I got this comment from Chuck Bluestein referring to his post called What Causes a Lack of Self-Esteem in Americans. According to Chuck, the lack of physical touch in infants is the source of the problem. In short, we are not hugging babies enough.

Well, Chuck, I agree with you that physical touch is essential for kids’ physical and emotional growth. I even think that parents who think they are “spoiling” their babies by holding them in their hands are being unreasonable.

Yes, babies need hugging and touching. But the real problem in our society starts when they grow a bit and Mom and Dad think it is inappropriate to touch them anymore. It reached a stage where grown-ups who lived together in the same house for years shake hands when they see each other.

Just before the holidays and the start of a new year, we went to Southbank Parklands in Brisbane to spread some real holiday cheer with free hugs and some good friends. Some truly touching stories were told to us, like a grandmother, whose grandson had been in an accident in the country and had been […]

Sometimes, the appreciation of what we have in life is the only thing we need in order to paint our life in bright colours. It is as if the greatest way to overcome stress and distress or to stop taking life for granted is to look at our life and notice all the good stuff.

As part of the Be Happy in LIFE mission, we dedicate much of our time to learn and teach happiness and, let me tell you, some of the lessons are amazing and strong, much like the one I want to share with you here.

Many of my clients tell me I need to work for the Department of Education to encourage people to become teachers. Since I am so passionate about my teaching and I think it is the best job ever, they think I can convince any person, even those who do not like children, to shift to education.

I have my doubts about convincing any person, but I am sure that being an educator is the best job ever. 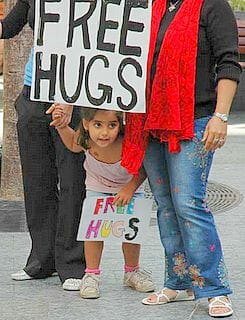 For a while, I’ve been thinking of ways to motivate my readers to live an inspiring life that will make a difference. Many people think that the way we can make a difference is by doing big things and I think we need to re-define the meaning of “big”.

I think we can make a difference, a big difference, by changing the depression statistics in the world. One person at a time, we can teach how to put happiness in our hearts and chase away the darkness. And you are probably asking yourself, “And how do we do that with no budget, without the support of the government and without organizing ourselves in a formal way?”