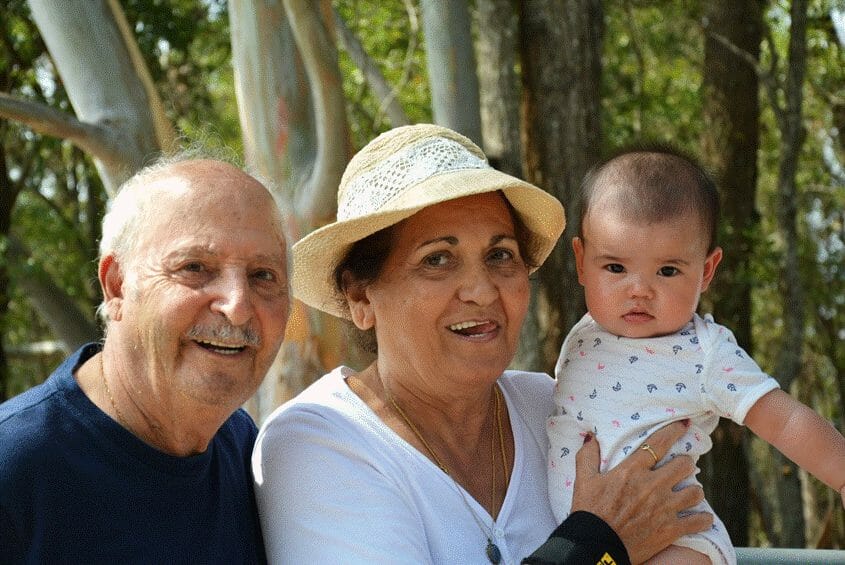 Remember that in life we get what we focus on? My dad, who is a very positive and upbeat man, played along with us amazingly. My mom, on the other hand, found it very hard to remember good things from her childhood and even things that happened last year. When she joined in, she only remembered bad things – when her family made fun of her, when she was ashamed, when she was frustrated, humiliated, etc.

But we kept playing… 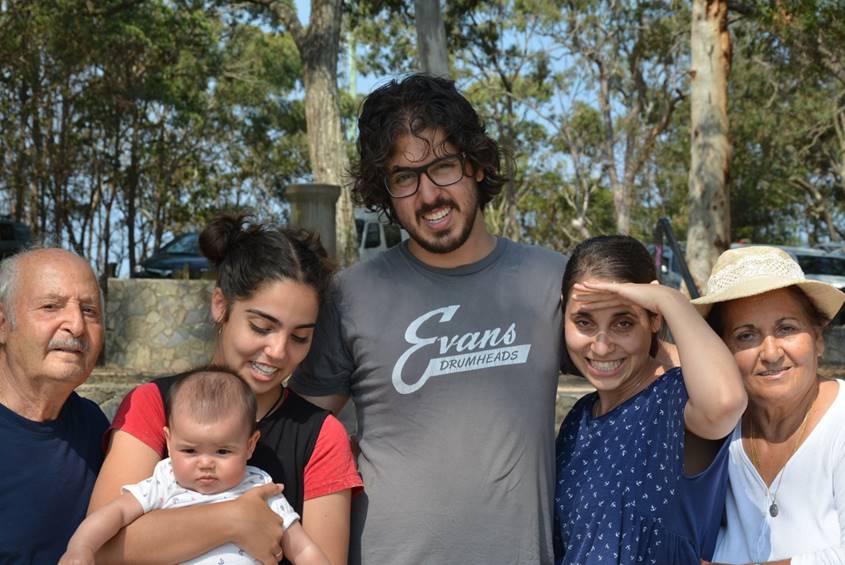 We also took my mom to a fitness club with a spa, a dry sauna and a wet sauna. We figured if she sweat in the sauna, maybe she wouldn’t sweat so much at night.

The sweating at night dropped from 4 sheet changes a night to 3. When we were in the Sauna, I took both my parents through guided meditations. The first time we did this, my mom opened her eyes several times, stood up and asked questions. The second time, her body language changed, and she looked happier. Afterwards, she even stood up straighter and started exercising.

While we were in the sauna, I also talked to my parents about “John the Wizard”. John is a therapist who does a mixture of Bowen Technique, Kinesiology, chiropractic, and physiotherapy.

Gal and Tsoof met him when he came to their African drumming class. During a break, he looked at Tsoof’s left arm and told him it wasn’t aligned properly. He pulled it and pushed it for one minute and our son, who is a percussionist, said the discomfort in his hand totally disappeared.

So, we all went to see John at his practice. In a single session, with grace and kindness, he got rid of aches and tensions we didn’t even know we had until they disappeared. Since he is bald, has a long beard and what he did to us was like magic, we called him “John the Wizard”.

I took my mom (and dad) to see John on the second week of their visit. Obviously, I had to translate every word he said. I briefly explained her pains. He asked her to lie down on her stomach, touched her legs and lower back and asked, “Do you take any pain killers?”

My dad held up a list of all her medications and asked if he wanted the whole list. John smiled and kept working on her body.

Everything he did was painful. After half an hour, he asked which pain killers she was taking. My dad told him Fenta 75mg and Lyrica 150mg. John looked very concerned. He said, “Do you understand that all your mom’s problems are caused by these medications?”

He said that every one of her problems was a side effect of the painkillers and then he said, for the first, but not the last time, “After taking Fenta and Lyrica, the only destination is the cemetery”.

I then realized that my mom was in a bad place. I had read the side effects, but never connected the dots.

I was angry. So angry I wanted to cry.

Then John checked my mom’s shoulder. She told him she had a torn ligament and the doctors had suggested surgery, but she was not going to do it.

He checked and said, “It is not torn! It is just not sitting in the groove”. And then, he moved it. He apologized a hundred of time for causing her pain, but when he finished, he asked her to lift her arm up high.

At first, she couldn’t do it. She looked at him like, “Are you serious? You’re delusional”, but then, he asked her to rotate her arm so that her thumb pointed up, and she managed to lift her arm up higher than she could before.

She looked shocked. For some years, she could not lift her arms beyond shoulder height. My dad’s eyes opened wide. John was our hero.

Then, John looked at her swollen legs and explained that the fluid could only come up when the knees were not locked. When people increase in weight (like pregnant women), or they have back pain, they tend to bend their back forward to balance themselves. To do that, they must lock their knees. Locked knees prevent the blood from coming up.

For over 40 years, the doctors told her to rest and put her legs up on a pillow, but when she did that, she locked her knees. It gave her temporary relief, but the day after, the story started all over again.

He gave her an exercise to rock from her toes to her heels and before we went home, he told us to consider taking her off the painkillers. He explained to my mother that she was drugged, and that her body could not heal itself while she was taking them. He said to her several times that the painkillers would kill her.

John must have impressed my mom greatly, because her shoulder did not hurt anymore, just one hour after treatment. So, on the way home, she said, “Maybe I can stop taking Lyrica”.

My dad and I stopped breathing. We came home, I went straight to her medication basket, took the Lyrica out and hid it. Throughout the day, my mom told everyone about her visit to John. She was very excited.

The day after, she woke up sick. Really sick. We went to see the kids performing and she sat there feeling horrible. She had fever, she shivered, she was hot, she was cold, she couldn’t breathe, she couldn’t eat, and she was edgy.

She took out most of her anger on my poor dad, but he was patient and comforting. He told me that the doctors had told my mom about the side effects of her medication, and only gave it to her reluctantly.

The following day, she was alright!

Throughout the day, whenever she leaned forward, someone reminded her to unlock her knees. 3 days later, she woke up in the morning and her legs were not swollen anymore.

Ever since I was a child, I had no memory of my mom with normal-looking left. They were always swollen. When she saw her legs, she laughed and said she understood why we thought John was a wizard.

If you think this was amazing, wait until you read about my mom’s second appointment with John the Wizard.

See you next week,
Ronit