As a life coach whose task is to help people reach their full potential and live the life they want, I hear endless excuses about why people are not living the life they want already. One day, I said to myself that I would make a list of those excuses and then I realized it was not such a bad idea. If I had a list of my excuses, I could easily recognize when I was anchoring myself or dragging myself backwards.

Excuses are things we say to ourselves that keep us stagnant. Excuses and success cannot live together, because excuses are what prevents us from moving forward. Every time we tell a reason for not doing, achieving or trying something we want, it is as if we were trying to get to a faraway destination by running on a treadmill.

No one ever excused his way to success
– Dave Del Dotto

It is no coincidence people who do not live the life they want have tons of excuses and successful people do not. Excusing is a habit. George Washington said “99% of the failures come from people who have the habit of making excuses”. If you feel like a failure in any area of your life, find your excuses.

Excuses are there as a defense mechanism when people think they cannot live with the consequences of not achieving what they want. They are saying, “I’m not a failure. There are reasons for me not achieving”. You know what? I am sure there are reasons, but if we hang on to them, we will definitely not move forward.

In my workshops, I always tell how I was kicked out of school in 10th Grade for having too many failures on my report card. When participants ask me why, I say, “There were many objective reasons, but they are bad excuses, so I prefer not to dwell on them. Whatever the objective reasons, we still have the choice to respond differently”. 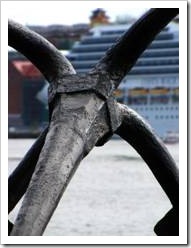 Blaming others is one very common excuse for not living the life we want. How many people do you know who say “My mom and dad…” at the beginning of an explanation for the problems they have in life. I know too many, unfortunately. When they bring up excuses from the past, they are living in the past.

The way to get out of the “excuse zone” is to take responsibility (I was going to write “to not get in there in the first place”, but as people grow older and the burden of life is heavier, they tend to use more and more excuses to survive emotionally).

Responsibility happens when you understand that the outcome was always in your hands, that you are responsible for all your thoughts and behaviors.

I always say, “Excuses are anchors we throw from our ship sailing in the sea of life. No ship can sail with many anchors buried in the sand. If you use too many excuses, no wonder you feel stuck”.

Instead of saying, “Sorry I am late, my alarm clock didn’t go off”, you can recognize your responsibility and say, “I didn’t make sure the alarm clock was set”.

How to list your excuses (and get rid of them) 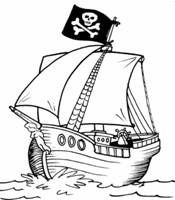 Happy list making. I know you will feel inspired and empowered after you finish working on this list.

I would like to encourage you to share some of your funny excuses below to help others. If you know anyone who could benefit from making this list, be a good friend and send them this post.

Join me again next week to make the list of 100 quotes to live my life by.

How to Simplify Your Life and Reduce Stress and Overwhelm

Life seems to be stressful and overwhelming to most people. The more we are on "automatic pilot", the more we feel out of control. When people are stressed, they think life is very complicated, so it is easy to see that simplifying life can reduce stress and overwhelm. All around…