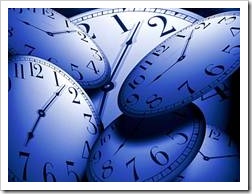 I think time is one of the greatest challenges for humans. The notions of death and end affect many choices in our life. There are many things we do not do because we think they might take too long (or we might not have enough time). We believe it is essential to set our priorities, conserve our energy and choose our battles, but if we could live forever, life would be a totally fascinating ride.

Making the list of 100 things you would do if you could live forever should give you an understanding of how much you limit yourself when you make decisions in life because you believe your time is limited, when in fact, most people live longer than they expect (although not as long as they wish).

When I was born, life expectancy in western society was between the age of 60 and 70 years (only 30-40 in China). Today, life expectancy is between 75 and 80 (70-75 in China – nearly double!). Of course, life expectancy is just an average and it is influenced by the country you live in, your education, the health system and the economy, but there are now 10 years’ worth of old people living who would be dead only half a century ago.

If you want to feel good about what will happen in 10 to 20 years, watch this:

Do you understand what this means?

It means that you have more time to live or at least a lot more than you might think. Do you think that knowing you would live (in reasonable health) to be 100 years old would change some of the choices you have made in life? What about living to be 200 years old? 500?

What would you do differently if you could live forever? 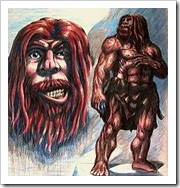 Many times, when things did not happen exactly the way I wanted them to, or when they happened much later that my expectation, I felt really bad about it. For example, failing my first driving test was very disappointing and I felt a lot of pressure and frustration. All I had to remind myself was that my mom, who was over 50 at the time and taking her driving test at the same time, was strong enough to try again and again and again and again (I think that was her fourth time at it) to help myself understand it is not the end of the world and I could keep taking tests even when I was 50 years old. It helped!

The first time I really played with this thought was when I started writing my book “Reflections” (still in editing, so hold your breath, because it is coming, hopefully sooner rather than later), where I explored the notion of time using two interesting characters, a young girl growing up to be a woman and an old man.

The second time it hit me hard as I was watching the movie Tuck Everlasting about the life of a family who could live forever. It was very interesting. I highly recommend it.

My third influence was the movie Aeon Flux, where I could see the benefits of having limited time, but at the same time the advantages of living forever.

And, of course, there was Star Trek – The Next Generation with its idea of the Q Continuum and Q’s attempts at belittling mortals and convincing one of the ship’s officers to give up her human life and live with him forever.

If I could live forever

Here are some tips to consider when compiling your list. Remember, this activity is meant to make you rethink all the obstacles you may see as a result of having a limited lifetime. When you eliminate the fear of ending or the limitation of time, you will be able to see your life differently.

If you are tempted to say, “But”, notice you are limiting yourself. No buts. Just do it!

I answered all these questions as I was writing them and I found lots of exciting new things I could do and some things I am afraid I do not have a solution for, but I am sure that when we get there, we will be able to think of things we do not think of today.

I liked playing this game. I hope you do too. If you would rather do it with other people, for example at dinnertime with the kids, just print the list of questions and try them. It is a good way to get the kids thinking and building their hopes and confidence that technology and science will give them more time to try new and exciting things.

Join me next week for 100 beliefs about kids. This list will be different, because it will be divided into two parts over two weeks and on the second week, I am going to share with you my own belief list.

Until next week, take your time!
Ronit

What I Would Do If I Had One Year to Live