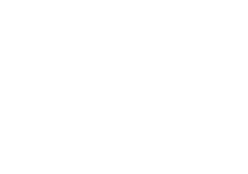 In the last chapter of the “Save your marriage” series, I wrote about one trap that married couple are in. It was the “right” trap, when one person or both are convinced they are “right” and do not accept that the other person has a story of their own that can explain their behavior and be just as “right”. Many marriages break down over this type of dispute.

In my relationship coaching, I have discovered there are two more traps that are signs the relationship is going nowhere and may be heading for a breakdown. One of them is the “intention” trap and the other one is the “blame” trap.

Everyone wants to feel good in their relationships. We give ourselves to the other person and we want a good feeling in return. Usually, we find a partner who makes us feel great. At the beginning of the relationship, we want to spend lots of time together, we constantly want to be with him or her and when we are not together, we imagine us being together.

Our marriage is good when we look forward to the time we will spend together, because it boosts our self-esteem and motivates us.

Over time, this excitement gives way to stress, work and kids, and many couples just wait for the moment things are quiet, so they can veg in front of the TV, hit the bed, sleep in on the weekends or go away on a holiday. Most of their time is not filled with fun and the fun bits are pushed to the side. When we push too much of our “fun time together” to the side, the arguments start.

I do not think I have ever learned how to argue and in marriage. Strange as it may seem, I believe it is very important to learn how to argue, because if we do not argue fairly, we increase the stress and the pressure and decrease the fun time together.

Why are they saying it? 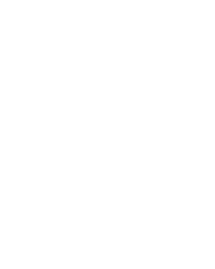 One big problem of many arguments is our assumptions about the other party’s intention. Feeling uncomfortable, fearful, unhappy, ignored, criticized, belittled, scared, humiliated and all those other not-so-good feelings that come with any argument, we ask ourselves, “Why is he/she saying it?” But we do not stop to ask the other person why they are saying it. We assume that if we feel something, it means the other person meant for us to feel like that.

For example, a couple is arguing. Ben says, “We don’t spend enough time together. I’d like us to go to the movies more often”. Denise says, “I don’t have time for movies. I’m exhausted in the evenings. You don’t know what it’s like running around after the kids the whole day. You don’t appreciate what I go through”. That ends what could have been a nice evening and each partner goes to his or her “corner”.

Suddenly, the couple no longer talks about the topic of their disagreement but the bad feelings they both have. Every time we assume there is a bad intention, we can guarantee there will be a nasty argument. Getting out of this trap is very complicated, because both sides are hurt. One wants to lick his/her wounds and the other wants to explain her/his original intention. When people are hurt, their conversation is not very practical. Remember, we are in a relationship because we want to feel good and if we feel bad, the longer we argue, the worse we feel.

The best way to deal this problem is not to get into it and we can do it with awareness. As long as you say, “I feel, I think, I am not happy”, it is an expression of your own thoughts and feelings, but as soon as you say, “you”, you have to be very careful what you are saying. Let’s look at our example again.

Ben says, “We don’t spend enough time together. I’d like us to go to the movies more often”. Denise says, “I don’t have time for movies. I’m exhausted in the evenings”. So far, so good. Then she says, “You don’t know what it’s like running around after the kids the whole day. You don’t appreciate what I go through”. 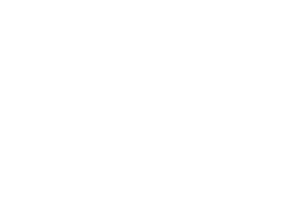 Denise falls into the intention trap when she says, “You don’t know…” and “You don’t appreciate…” Feeling exhausted and not having time does not mean Ben does not know or does not appreciate. In fact, Ben suggests going out because he thinks Denise needs a break from running around after the kids the whole day and working hard. He wanted to suggest they get a babysitter and spend some relaxed time together doing something they both love doing, but the conversation never got there.

As you would suspect, this conversation did not go well. Ben had good intentions, Denise vented and the issue stopped being spending more fun time together and started being who intended what.

“You make me feel…” – no one can force you to feel anything. Sometimes, I wish it was not true. I would love to force my husband, my kids, even my clients to think they are loved, awesome and powerful.

“Are you saying I’m…?” – notice that this is an interpretation of what the other person is saying. He/she did not say that. He/she said something else, so when you ask this question, you are basically saying, “I interpret this sentence as…” Take ownership of your interpretation and restate it as such.

“You only want me to think…” – that is not necessarily true. The other person may want you to think something else. Don’t read minds. You are not mind readers.

“You don’t think I know that?” – if you say instead, “I know that”, you can continue the conversation without falling into the “intention trap”. People say things even if you know them. Just move on.

“Do you think it is fair to…” – this sentence assumes the other person did not think about fairness and that their intentions were towards “unfairness”. It is another way of saying, “I think you are not fair”. Rephrase it to “I think that if we do it <this way>, that would be fair”. Remember, “I” statements will ensure you are be trapped in the “intention” cycle.

“You’re mad at me…” – it is very important not to risk interpreting someone else’s intentions. It is possible he/she is mad, but it is better to let them say it than to say it on their behalf. It is possible that what they are expressing is frustration or helplessness or that they are just tired.

“What have I done that make you treat me like this?” – this is a formula for disaster. There is the assumption that you have done something that caused someone to treat you a certain way or that there is some justification for the other person to treat you like that. The behavior could be caused by a pattern that originated during childhood or that the person is tired and confused and it has nothing to do with you. 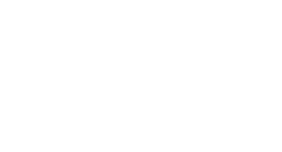 At first, you need to notice you are doing it and make a conscious decision to stop. When you notice you were not aware and have said something about your partner’s intentions, back up! You are not a mind reader and you will get it wrong more often than not. Assuming you know what your partner intended is a formula for a nasty relationship that will end up in hard feelings and eventually a marriage breakdown.

I promise that if you count how many times you use “intention” sentences in your arguments and shrink them, the cracks in the relationship will shrink too.