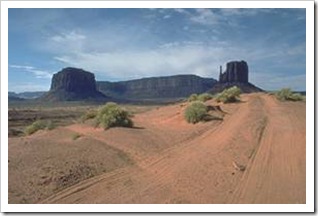 A young man in a 4-wheel drive was stuck in a remote desert place. He got out of his car and was very disappointed to see his front tire blown. He hurried to the back of his car for the spare tire.

“Thank God”, he said to himself, “The spare is fine”, and he took the spare out. When he reached for the Jack, it was not there.

“Where on Earth did I leave the Jack?” he asked himself, trying to remember. He looked all over but found nothing in the back of his car. He looked around him and saw only sand with no sign of life. Far in the distance, he saw some smoke going up, figured he would follow the smoke, and hoped he would find someone to lend him a jack.

As he walked, he saw a tiny house in the distance. The walk was long, the sand was soft and the walking was hard.

“Who lives in such a remote place? … There is only one house on the horizon, so he must be a loner? … Otherwise, why would anyone come to live in such a place if he wasn’t a loner? … He could be a runaway criminal … I would run away to a place like this if I was a criminal … What if pulls a gun at me? … Nah … Why would he pull a gun at me? … Maybe he is scared. Scared people do silly things … How does he get in and out of here, anyway? … Where does he buy the bullets for the gun? I just need a jack … It’s my car … I can’ find my jack … I will say thank you and go … But then he won’t have a jack … I’ll bring him back the jack … Will I? … I’ve been walking for 4 hours and I’m not there yet … I can’t walk 4 hours back to my car and than another 4 hours to give back the jack … It’ll be dark by then … Maybe he has a spare jack? … Why would anyone have a spare jack? … But I must find a jack … OK, Ok, I’ll bring it back, I promise … I can give you my driver’s license as a guarantee … The license is all I have … You can always find me if I don’t bring it back, see … What do you mean you don’t trust me? … Why on Earth would I come here and ask for your jack if I didn’t need it? … I’m stuck in the middle of nowhere and I really need your help … Please …”

The young man got closer to the little house. It was getting dark and the lights in the house were on. He knocked on the door, hesitating. 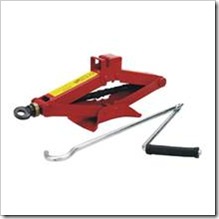 “What if he is watching TV and doesn’t answer the door? … It’s only TV. Surely he’ll understand that if someone knocks at this time of day, it must important … Some people think TV is more important … I just need a favor … Some people are so preoccupied with themselves, they won’t help a dying person on the street … People can be so cruel, like this guy here, sitting and watching TV … I’ll probably get stuck here and starve to death …”

The door opened and an old guy stood at the door, looking surprised.

“You know what?” said the young man, “I don’t need your help. You can take your jack and shove it”.

How many times did you shove your thoughts and fears in your partner’s face as soon as he or she opened the door?

Join me next week for the continuing discussion about self-talk in marriage and discover self-talk of men and women that sometimes leads them to divorce.

Surely, you have had similar experiences too. I invite your to share with everyone via the comment box below.