People who are happily married are a good source of inspiration to couples who struggle so let’s try to learn from those who have been in “the business” of marriage for a long time.

Cynics have called marriage “the old ball and chain”. Many happily married individuals disagree, because they do not see marriage as slavery or bondage, where one’s natural instincts and desires have to play second fiddle to the happiness of the other half.

Chains do not hold a marriage together. It is threads, hundreds of tiny threads, which sew people together through the years

Happily married couples say that marriage has taught them to accept each other’s strengths and possibilities. They argue that by doing that, they transform themselves from the ordinary to the extraordinary. 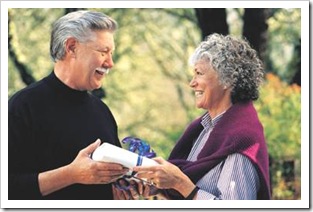 Therefore, marriage is an “enabling” situation, providing the freedom for each person to be who they really are, to reach for the stars and discover what they are meant to be without ridicule or rejection.

After all, it is a question of attitude. When you are happy, you are able to grow and evolve. With the right attitude, every honeymoon excitement can last longer.

I got gaps; you got gaps; we fill each other’s gaps

Many of us have read reports, which drive home the message that married people are healthier and happier, and therefore live longer than single or celibate individuals do.

For one, there is the emotional support they receive when the going gets tough, and the fact that married life provides the opportunities to sustain communication between two people, even if one of the spouses just wants to vent. In fact, one of the reasons people say they like being married is the assurance there is someone they can come home to at the end of a hard day.

Then there is the comfort of having stability and certainty in life from sharing a journey together. Some say that having someone who knows them best, understand their needs, fears and is there for them is the best friendship there is.

For Better or for Worse…

“For better or for worse” is still very much a strong argument for getting – and staying – married. While some people would be too shy to admit it, the love and support in times of illness can speed up recovery. 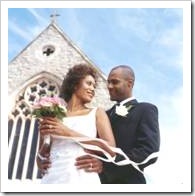 In fact, people like the “for better or for worse” aspect of marriage because it tells them that no matter what happens, someone will be around.

It goes beyond having a security or safety net. It is the knowledge that they can count on someone when times are bad. This alone generates a considerable degree of peace of mind and a sense of calm for the soul.

And here is a romantic – but true – notion of marriage, to which happily married couples will agree. Paula Dore said, “Marriage moves us from ego to we-go”, i.e. it takes two to tango. In marriage, we stop thinking of ourselves only and start adopting values of love, honesty, respect, fidelity and kindness, which are the sources of good marriage.

I can think of hundreds of other reasons why I love my marriage that are simple though priceless. For example: silly little jokes, kissing, hugs and cuddling, travelling together, laughing together, quiet times together, mutual friends, sexual intimacy, pillow talk, passionate nights…

Can anyone really put a price tag on these simple pleasures? Do they not echo the saying that the best things in life are free?

If the grass looks greener on the other side of the fence, it is because they take better care of it

Oh yes, there is love in relationships, but there is deeper love in a marriage that is on its way to its 25th or 50th year. Sir Arthur Wing Pinero sums it up nicely: “Those who love deeply never grow old; they may die of old age, but they die young”. People who have remained happily married are those who realize gradually that there are actually two marriage contracts, not just one.

The first contract is what everyone is familiar with – the one that the couple dedicates much money and effort to and that everyone comes to witness – the official ceremony.

Motto for the bride and groom: we are a work in progress with a lifetime contract

The second contract is what couples call the silent contract. It is secret, implicit and largely unconscious. It is this second contract that specifies standards and behaviors our partner should fulfil. 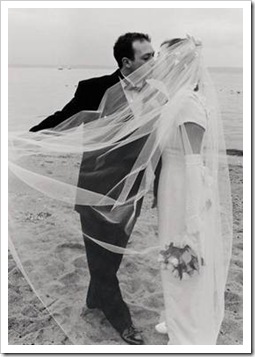 The difficulty of this second contract is that most couples do not spend time discussing the details of it. Each partner has a “secret”, unspoken belief, that their way is the right way and that the person they marry is going to stay the same person forever.

Such contract is subject to change with every small change in social, financial and parental circumstances and fades in time, with difficulties and challenges. This situation leads to clashes and conflicts and risks the marriage.

Happily married couples understand that the silent contract, the one that comes with the commitment and does not need the paper, is the most important contract they ever “sign” in their life and they update this contract continuously.

If you want to save your marriage, write on a paper the details you wish to add to your marriage contract (the real contract – the one that is signed with love and tears) and ask your partner to do the same. I recommend writing it down because it is much easier to refer to it when things gets tough.

When you are both done, share it with each other. Then, negotiate until you come up with something you are both happy to accept. Remember, if you do not negotiate now, you will negotiate later. When you do the negotiation with lawyers around, it is going to be pure agony.

Respect your own contracts.