A week ago, I called my mom and dad to wish them a happy 48th anniversary day, but I think the wishes were for me, more than for them. I thanked them for being together, for not getting a divorce, for loving each other, for going through tough things together and for surviving. I wished them 30 more years together. Living to be 100 years old together is a great wish.

My mom and dad are simple people, yet they are special and unique, because they belong to a group of only 5% of people who are living together after so many years.

I only need to have a session with my clients every day, to realize how special my parents are and how much I need to thank them for being there together for such a long time, because it made life so much easier for me and I am grateful.

In my kids’ class, many kids have two homes, more than one mother or father and half siblings. The school system is making a huge effort to cater for children who need sets of homework in dad’s house and another set in mom’s house. Where I grew up, we may have had one kid out of 100 in my grade whose parents were divorced.

The divorce rate in the world reaches 68% in some countries and the toll on society is increasing. If the government is supporting families, lucky us, the governments suddenly (well, it is never sudden, it happens slowly) need to pay more, help more because divorced people have now two houses that the kids live in. The parent that leaves the house, must live somewhere, right!?

So when I called mom and dad to say “happy anniversary”, I asked myself, “How can we fix this problem?” I am only talking about the financial implications of this epidemic, by the way. It is easier for me to talk about this. The other implications are harder. As an educator, I came up with an educational approach.

Just like in education it is better to encourage than to punish – focus on the good and ignore the bad – I thought that people like my mom and dad should be rewarded for living together for such a long time. 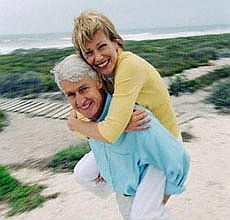 The government spends so much money to support divorced people, which in a sense promotes divorce. I am not saying people should be forced to be together if they have problems, but I am saying they should be encouraged to work out their problems and be given some incentive to stay together.

All the couples in the world have problems. Some of them can be helped and solved with the right motivation. Lots of heartache can be prevented long before they reach divorce. The government can give incentives to people motivated to find solutions rather than pour money into helping people who divorce. Which approach do you think will change the divorce rate?

So why not calculate how much money is dedicated to families who divorce – support for double accommodations, child benefits, single parent support, educational support for children in divorced families and (mental) health support for parents and children due to divorce. Then, give couples bonuses for their anniversary, taking into account the length of their marriage and the age and number of children they have (something like a “second honeymoon” bonus would be nice).

These bonuses can be great motivators for people to work on their relationship and people can use them to address some of the reasons for divorce – learn stress management, communication skills, intimacy and conflict resolution, or just reduce financial difficulties and treat emotional problems.

Here we are, back to education. Promote the desired behavior. Do you have any doubt that happy families should be the aim?

I told my mom and dad I was very proud to be their daughter and I appreciated them for making the effort to love each other and being a role model by making it to the top 5%. Until the government starts giving them bonuses, I hope my appreciation is good enough.