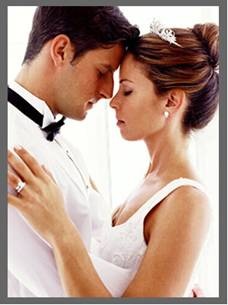 Last week, I wrote about the relationship breakdown between parents and kids as a result of watching too much TV. Today, I cover the influence of TV on couples’ relationships, on the divorce rate and on the breakdown of the family structure.

Two years ago, I wrote about the rising divorce rate in the world. What triggered this article was my parents’ 48th anniversary. This year, my parents celebrate their 50th anniversary and I am very proud of them, but because I work with kids and couples, I am concerned about many others.

I believe the kind of exposure on TV to disposable relationships is making it harder for parents, as well as couples without children, to keep their family structure alive and well.

If you want to understand how concerning the statistics is, here are some marriage statistics:

Being exposed to mature content, like “Sex and the City”, in which it seems so easy to swap partners, to celebrity gossip shows, in which celebrities “change partners like underwear” (my mom’s expression), or to TV dramas, in which half the characters are divorced and relationship changes are frequent and casual, no wonder today’s kids think that relationships are not such a big deal. 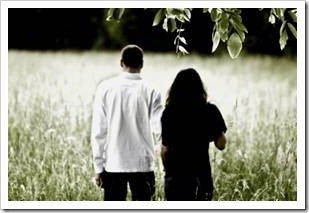 To demonstrate how this effect creeps into adult attitude too, here is the story of Fiona, a new client of mine, who came through a recommendation of Teresa, another client of mine who is a family lawyer.

This may seem like I am putting the blame on her husband watching too much TV, but bear with me, because I am not.

One day, Fiona came to work crying. She was very upset after an argument with her husband. Everyone at work empathized with her and told her she should “get rid of him” as soon as possible. “You don’t need him”, they said, “You deserve a better life … the court will give you the kids, because you are the mother” and so on.

Fiona started thinking about it seriously. When everyone left, she asked Teresa, my lawyer client, “You haven’t said anything while everyone was telling me to divorce my husband. Why is that? What do you think I should do? Is it true that court will give me the kids?” 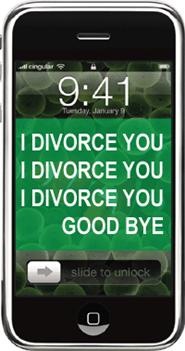 Teresa told her, “Everyone here has watched too much TV, where divorce involves a few tears, a 6-minute court case with a happy ending. In reality, divorce drags on for years, everyone gets hurt, the financial implications are devastating, the emotional burden on the couple and the kids is inhuman and no, court will not give you the kids just because you are a woman. Your husband’s never hurt the kids and if everything goes smoothly, you are most likely to share the kids with him and see them every other week”.

And she advises her to come and see me before making such an important decision. She told her, “I went to see Ronit when I was thinking of divorcing my own husband, and I don’t even have kids. I ended up going back to my husband and having a new wedding and we are very happy together. I recommend that you try to fix your marriage before you make the choice to break it up”.

Teresa highlighted a very important aspect of divorce and the influence of TV on people’s perception. If grownups think divorce is so easy and breaking up a family is so easy, what do you think our children will think when they start a new family?

I am truly afraid that in their future, the number of TV shows with married couples who grow old together and kids who live in one home will shrink to a small percentage of what is on TV. I am sure that in another 20 years, people like my parents, who have celebrated their 50th anniversary together, will be fewer than 5% of the population.

Is this just the TV fault? No, but TV is certainly making it worse.

Join me next week for the influence of TV on learning and education.