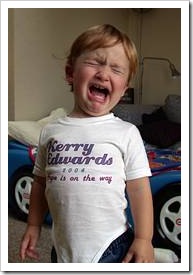 This is part 3 of my “TV Diet” series about the major concerns regarding kids’ over exposure to television and what parents can do to prevent them. Today, let’s look at how TV affects kids’ behavior.

American kids watch an average of 8,000 murders on TV by the end of primary school.

[If you are not shocked at this point, please take another moment to read the previous statement again.]

[Is there ANYONE out there who still wishes to shrug THIS away as unimportant?]

If you think all this TV violence does not have any effect on those kids, this is the post for you, so please keep reading.

Medical institutes have researched the influence of TV on behavior and found out kids are highly influenced by it. Interestingly, research has found that boys’ behavior is much more influenced by TV than girls’ and that boys are more likely to become bullies from excessive watching.

Besides the long term effects, studies have found that kids are noticeably upset and have outbursts as soon as the TV is turned off or they are forced to stop watching it. I have noticed this with my own two younger kids. After they watch TV (which is monitored), they are impatient, angry and over sensitive. The closest thing to this is the withdrawal symptoms of an addict…

Watching TV has been found to promote depression, apathy, impulsive behavior, anger and adult behavior in kids. Because kids are young and inexperienced, they grow up to believe this is normal behavior.

Unfortunately (in this case), kids are very good at mimicking what they see. If you have ever heard yourself saying, “But we never speak like this at home” or “I wonder where he/she picked this up”, it is mainly because you are no longer the only major influence on your kids’ life. 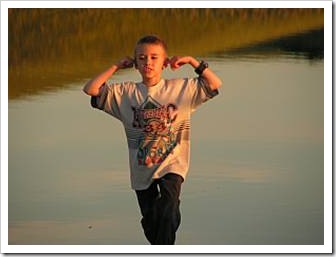 Mimicking is a great learning skill for kids. Most of their learned behavior starts with mimicking that was supported and encouraged. Although you probably do not encourage (at least not consciously) bad mouthing, violence and aggressive behavior, other kids do by considering them “cool”. If your kids are exposed to high morals and respectful behavior, they will mimic these. If they are exposed to low morals and disrespectful behavior, they will mimic these as well. It is as simple as that. Their filters are not developed enough yet.

It is suspected that kids’ short temper and impatience are also related to exposure to characters on TV who do things quickly and without having the time to listen and to allow time to process. Unfortunately, kids do not take into consideration that TV programs are edited. Things on TV happen rapidly, sharply and strongly and that is what they see. If you ask kids, they will tell you success is an “overnight” thing celebrities are lucky people.

Swearing is another problem kids’ develop by hearing it frequently on TV and thinking it is acceptable language (“Everybody talks like this now, Mom. That’s how they talk on TV”).

One topic that is a particular concern for me is my kids’ inability to entertain themselves without watching TV (or the equivalent on the computer). Many parents and carers report that kids no longer find interest in traditional toys, maintain a hobby or play outside with friends. 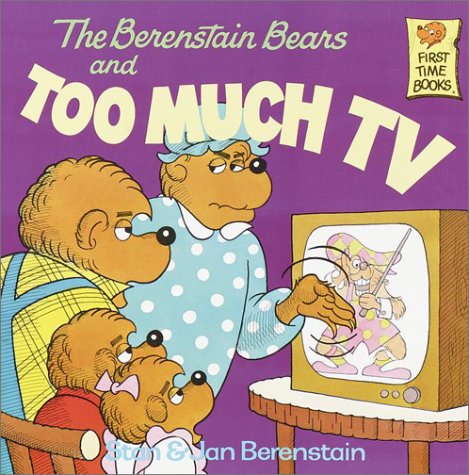 We bought a great book about this topic for our kids, called “The Berenstain Bears and Too Much TV” (highly recommended). The book presents the idea of having no TV for a week, which gave me an idea.

About two years ago, I tested my kids. During the summer vacation, I told the kids I had disconnected the antenna cable and they had to find other things to do. Boy, were they upset! We had some fine crying and then they were really stuck. TV had been the answer to every spare second and they really had no practice at coming up with activity ideas. Just like addiction withdrawals, the first days were hard – they nagged, they cried, they were upset and they tried to find the missing cable, but on the 4th or 5th day, with some help from us, they started inviting friends over, drawing, playing music, jumping on the trampoline and having a fabulous summer. TV can be good, but not when you are addicted and addicted kids are hard for any parent.

Some kids say they feel depressed from “Watching healthy, beautiful, successful people” or helpless from “Watching people with horrible lives”. Whether these things are “real” or not, without effective mental filters, kids just take what they see as is and believe it to be reality.

My 20-year-old daughter likes watching CSI (Original, Miami, NY or Istanbul – they are all the same to me). One day, I said to her, “Watching these episodes makes you think that all the people in the world are sick and you even have some sympathy for them, because of their bad childhood and what not. Do you really think this is realistic?” She said to me, “Mom, if you don’t watch CSI, you only close your eyes to what’s happening in the world. It’s just life. Accept it!” I am talking about my pride and joy, who only watches 2 hours of TV a week. Only one show was enough to make her think criminals are everywhere! 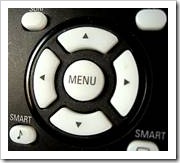 This is not real, but having 12 crime shows 7 evenings a week will make you think life involves a lot of crime, violence, crazy people and murders. Of course, I do not mean to say that tomorrow, my daughter will start murdering people, but I do think it will influence her outlook on life.

Another concern regarding exposure to TV is kids behaving like adults. Kids today are easily exposed to sexuality and even pornography just by being allowed to watch adult shows.

The British Office of Communication, in their 2004 childhood obesity report, claimed that on average, kids aged 4-15 watched 5 hours of children airtime a week and 12 hours of adult airtime. Among other things, many adult TV shows present “disposable relationships”, effectively giving young viewers the feeling that changing partners is “part of life”. I am sure you know the implications of this on our society.

The official psychiatric manual, according to Rutgers University Psychologist and TV- Free America Board member Robert Kubey claims that “Heavy TV viewers exhibit at least 5 dependency symptoms – two more than necessary to arrive at a clinical diagnosis of substance abuse. These include:

Join me next week for the influence of TV on kids’ outlook on life.

Until then, I suggest you ask yourself “What behavioral issues do I see in my kids that I can relate to watching too much TV and do we have a TV addiction at home?”

Not only does TV affect kids' behavior. One of my biggest concerns as a parent and a life coach is the influence of TV on kids' outlook on life. If my daughter, who is officially an adult and who did not watch much TV during her younger years, thinks CSI…

Parents do not like to admit, but their attitude and personality contributes a lot to their kids' desire to watch TV. In this chapter of TV Diet, I will cover some of parents' behaviors and personalities that drive kids to watch more and more TV. As you read, I hope…

In the past 8 weeks, I have written about the damaging effects of watching too much TV. Last week, I suggested measuring the amount of time your kids watch TV and keeping a record of the kinds of programs they watch. I hope this has given you a good understanding…