Last week, I started writing a series of posts called TV Diet with some disturbing American statistics and some benefits (I had to sweat to write 10) of watching TV.

I have also examined the TV-watching epidemic in Australia and found interesting statistics done by the Australian Bureau of Statistics. Read and enjoy (or not :) )!

Source: Australian Bureau of Statistics (ABS), Children’s Participation in Cultural and Leisure Activities (cat. no. 4901.0)
Notes: 1 During the most recent two school weeks prior to interview in April 2006.

The main concern, of course, is the high percentage of kids who watch 20 hours of TV a week or more.

Many studies have been done on the influence of TV on viewers (in fact there have been 4,000 studies on the effect on children alone, which you should not read if you love watching TV). 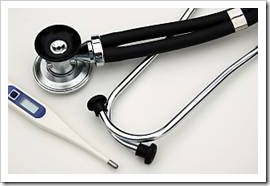 Researchers have found that watching too much TV decreases people’s physical activity (kind of obvious, no?). Some obesity experts even think that the best way to fight obesity is to turn off the TV.

One third of Americans (and Australians) are overweight. A National Health and Nutrition survey in 1995 found that 4.7 million kids between the ages of 6 and 17 (11% of the age group) were severely overweight. The main reasons for this were being inactive (with an average of 22 hours of TV a week) and a high-calorie diet.

A study done in 1991 showed that on average, kids watched 200 junk food ads in just 4 hours of watching cartoons on Saturday morning. Is it a big surprise they consumed a lot of junk food?

Professor Roberto Salti of the Meyer’s Children Hospital at the University of Florence claims that watching too much TV has an effect on the hormone Melatonin and starts puberty earlier.

Another major concern regarding the influence on TV on health is the overwhelming effect it has on women’s body image. Studies on the effect of media on girls’ body image show that “Photoshop’ed” (digitally “improved”) magazine photos, digital images and celebrities’ obsessive desire to look skinny are the main causes for bulimia and anorexia.

Most women are on a diet and think they are too fat, although most of them know that media advertising of skinny models and celebrities, showing women 23% skinnier than the average, is not realistic or normal. 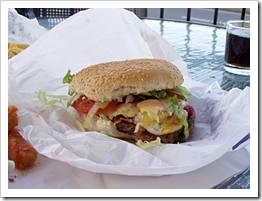 Two years ago, I worked with a 40-year-old woman who weighed 32kg. I researched the Anorexia epidemic, I saw a newspaper article calming that 18% of girls starve themselves for more than 2 days and that 11% of girls throw up to lose weight (as opposed to 3.4% in 2000). 8% of girls smoke cigarettes to reduce their appetite, an increase from 2.4% in 2000.

If you understand the magnitude of this health concern, it is good to understand that we are talking about 1 out of 5 girls who starve themselves or throw up to lose weight. If any girl you know is involved in any kind of sport, the article says, “Among female athletes, the chance of eating disorders is reported to be between 15% and 62%“!

On Nation Master, I found that Australia is only 8th on the mortality rate as a result of eating disorders with only 8 deaths per year, as opposed to the United States with 218 and Japan with 126. Germany is in 3rd place with 40. I hope you are convinced we have a health problem.

The National Eating Disorder Information Center in Canada released some alarming statistic stating there are 12 times more deaths from Anorexia than the annual death rate due to all other causes combined for females between 15 and 24 years old.

If you are a parent and you have a daughter, you probably think to yourself “This won’t happen to me”. I know I did. But eating disorders are the third most common chronic illness in adolescents. Most of it is influenced by misleading promotions on TV and Photoshop’ed ads in magazines. 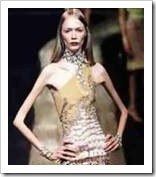 A study in high schools in Canada found that 50% of girls were on a diet because they thought they were overweight.

If your daughter is young and you think, “I’ll deal with it when she is a teen”, think again. Records show that eating disorders are increasingly seen in children as young as 10. A research in Canada in 2002 found 37% of Canadian girls aged 11, 42% aged 13 and 48% aged 15 said they needed to lose weight. By the way, 52% of them started dieting before the age of 14.

As you can see, TV has a major effect on people’s body image, lifestyle and weight and promotes bulimia and anorexia in women.

Join me next week on the influence of TV on kid’s behavior.

For a resource to help your teen deal with negative body image,
read the story “Bojé’s Magic Powder” from my book
Be Special Be Yourself for Teenagers.