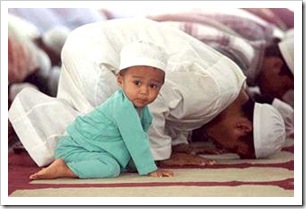 Not only does TV affect kids’ behavior. One of my biggest concerns as a parent and a life coach is the influence of TV on kids’ outlook on life. If my daughter, who is officially an adult and who did not watch much TV during her younger years, thinks CSI is real, I am worried about her outlook on life, because she sees the world as a scary and dangerous place. This is even more of a worry with younger kids.

In a survey we ran about kids’ attitude toward different cultures as part of my work with “Together for Humanity”, we found that kids who have never met a Muslim person in their life had a negative attitude towards Muslim people (as well as Jews, Asians and Indigenous people – it was shocking to read the results).

According to most of the kids surveyed, Asian people sell drugs. They are kids! Half of them are still in primary school. Do you think they know who sells drugs? Do you think Asian people come to school and sell them any? Maybe they come to their home and sell their parents drugs? No, they just watch too many movies and TV programs showing Asians cast as drug dealers and Muslims as terrorists and they are just too young to say, “It’s just a movie. Life is different”.

These kids are growing up to be tomorrow voting citizens and determining how minorities are viewed and treated. If you have taken a flight recently, you know where this outlook on life is leading us.

Teenagers refer to television to determine what is cool. Presenters and performers are carefully dressed by fashion marketers to tell young audiences their clothes are cool. Clothes are also used in TV ads for other cool items (Coca Cola, iPod, etc) to associate them with being cool.

My young daughter comes from time to time to ask for things that looked cool on TV.

If you think girls are affected by fashion statements and ads, research shows boys are actually more influenced. What boys see are fighting-related ads, promoting strength and violence, so it is no surprise boys have been found to increase bullying behavior as a result of excessive TV watching.

I believe television creates a problem of role models. This may sound like “old man talk” about the good-ol’ days, but while in fairy tales it was clear who the good guy was and who was bad, there are now hundreds of programs on TV in which and the hero is simply the main character, but not necessarily the best person around. Kids can be easily confused by identifying with characters like Dr House, an arrogant, elitist drug addict who abuses his patients and colleagues, but a great physician who saves lives.

TV shows often show countless people losing their lives to save the life of one or one “hero” killing and hurting dozens of other people (my mom calls them “a dime a dozen” films, because people die so often, their lives seem worthless). Since they are led to identify with the killer, kids start believing that some lives are worth far less than others.

For most kids, TV is a window to the wide world. Although we can tell them 100 times about shooting a scene many times, having stunt doubles and digital tweaking to the way people look, fall or hurt, to them, “What you see is what you get” and what you get on TV is much more exciting than the real world.

Many years ago, I remember being part of a debate about a high school student who had murdered a taxi driver “just for the fun of it” and the impact of TV on kids’ view of life. The education system was in shock and felt guilty for raising such a kid. He had come from a wealthy, educated family. He had been a successful kid with friends and nothing that had predicted something like that had been coming. When the kid was questioned, he said, “Life was boring and this was just for fun”. I said then that because TV was fast, exciting and dead actors could fall from the 211th floor and appear alive and well on another show, kids had become numb to the effects of violence.

One big risk of watching too much TV is the risk of kids becoming emotionally desensitized. After long periods of watching TV, kids (and grownups) lose their ability to enjoy simple things and require stronger, more extreme stimuli to feel joy and excitement. I believe that many problems of our society are caused by this distorted view of the world and the “good” kid who murdered the Taxi driver was emotionally numb (even during the brief moment when he pulled out the gun and shot him).

The flip side of is having small “panic attacks” from watching TV.

Last night, my 20 year old daughter, who was asked to read a book for the Brisbane Writer’s Festival, asked me at 10:30pm to escort her to the shower. “I read a horrible scary book and I don’t want to go upstairs by myself”, she said.

Note she is 20 years old (although she does not usually read horror books or watch horror movies). 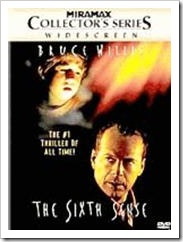 This immediately reminded me her 11th birthday party. We had just moved from Singapore to Australia and Eden invited 8 girls to sleep over. We had a wonderful time together and while doing arts and crafts, the girls started talking about movies. I was shocked to hear them all talking about the movie “The Sixth Sense”.

“Have you watched the movie?” I asked them.

“Did you watch it with your parents?” I asked. Some said yes, some said no.

“Did you watch it in the Cinema or on DVD at home?” I asked. Some said cinema and some said at home.

I wanted to scream. I could not sleep at night after watching The Sixth Sense and I was way older than 11 years old. When they discussed the movie, they were arguing whether Bruce Willis was dead or not throughout the movie. They did not even understand the movie completely.

When I talked about it with their parents, they did not even know why I was concerned (By the way, are you?). The answers I got were:

“That was the movie everyone wanted to see, so we went to watch it”

“All the kids her age watched it”

“It was just a movie”

“It was a very good movie” 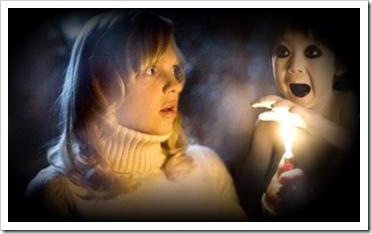 As a result of watching scary shows, kids develop fears they would not have otherwise – aliens, ghosts, haunted houses, monsters and dragons that were born in books or on the screen, but TV and movies really bring them to life.

Fears born on the screen are not only dangerous for kids. Gal and I watched “Taken” when our daughter was overseas (with our family) and had to stay one night in Bangkok on her way home. For days after watching the movie, we could not sleep, fearing something like that might happen to her. For about a month, until she came home, we were in some kind of a panic attack. Sometimes when the movie is mentioned, the panic attack comes back…

I think that movies have the potential to teach, stimulate and make us think, but I doubt kids are experienced enough to judge what they see by themselves.

Join me next week for the influence of TV on relationships. Until then, keep your kids away even from cartoons about killing and murdering, so they do not think of what they see as “normal” life.