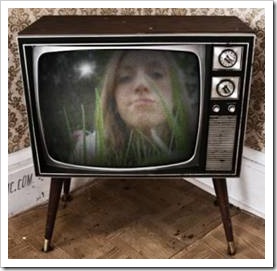 Last week, I wrote about the influence of TV on kids’ outlook on life. We risk them being emotionally numb or developing fears that will translate to a life of anxiety and distrust. Today, I will touch on the effects of TV on the relationships between parents and kids.

When I was a kid, there was only one TV channel, which went on strike for over 3 months. The radio and papers were full of jokes about how that was affecting relationships.

The most common joke described people coming home and discovering their family – “I didn’t know my wife had a new hair style” or “The kids have grown so much”. While this was a funny way of expressing the effects of watching TV, I believe things got even worse since.

When you ask people what they do when there is a power failure or Earth Hour, they say it is a wonderful time for bonding. My kids were so happy about Earth Hour they talked about doing it every week (and we do not even have to turn the TV off, because it is off anyway).

When kids watch too much TV, they neglect their social life and their social skills deteriorate. Because watching TV does not require them to socialize, they miss opportunities to evolve socially. While in our “good old days” kids played more outside with friends, nowadays they do it much less.

Kids have the same 24 hours we did every day, so if they watch TV, they cannot play with others at the same time.

Watching TV makes kids decrease their interaction with friends and family and adopt a selfish attitude towards life. The increase in the number of TV sets in the house and allowing kids to watch TV in the privacy of their rooms give them plenty of “me time” without interaction and promotes an attitude of being self sufficient loners. 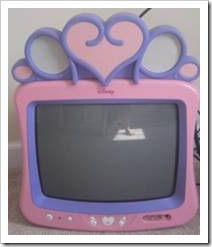 The obvious concern about this situation is that kids are shifting away from direct relationships to indirect communication.

Kids live separately from their parents

This lack of direct communication is translated immediately to the relationship between parents and kids. According to research done by Teresa Orange, parents give up the struggle for better communication.

Some of them recognize that TV keeps their kids away from social interaction, but lack the strength and skills to challenge them. Only 36% of parents actively limit their kids’ TV exposure and 53% of kids say that as long as they study and do well at school, they are allowed to watch whatever they like.

This situation creates a huge rift between parents and kids. Kids live their own life and their need of their parents shrinks.

Another aspect of the relationship breakdown between parents and kids is parents become out of touch with their kids’ lifestyle, fears and concerns and feel they cannot help them.

I want what I see on TV 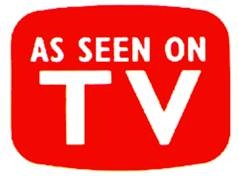 Another aspect of the relationship breakdown is kids exposed to too much TV and commercialism become “buy me!” kids. The bombarding of TV commercials can easily create a “cool” product that kids “must” have to be accepted in society.

My daughter was not allowed to watch Power Rangers, but knew all the character names and constantly asked us to buy her Power Rangers figures.

Since American kids watch an average of over 40,000 commercials every year, TV has the power to create a materialist society and encourage consumption – which is a global concern and translates immediately to financial and value challenges in every family.

In many homes, the parents have grown up on traditional values of respect, discipline, community, honesty and so on. Watching bad language, violence or premature sexual relationships, kids’ value system is vastly different to that of their parents, creating serious challenges even during the simplest conversations.

This is compounded by kids’ impression that they know how “everyone does it” because they have seen it on TV and their parents’ values are outdated and useless to them.

Next week, I will tell you how watching too much TV affects the relationships between partners.

Until then, watch Travel shows together with your kids,
Ronit