Last week, I talked about the character traits of Bullies. Today, I will cover the personality of the Bullied or Victims of Bullying. It is obvious that for someone to be a bully, they need a victim. You probably wonder why some kids are bullied and others are not? Well, it is because there is some dynamic between the bully and the bullied and some behaviors are easy targets for the bully.

The most obvious reason kids become a target for bullying is being different in some way. It is not easy to avoid being different somehow, because something as small as your type of hair or the size of your body can be easily used by the bully as a weakness.

During the school years, fitting in is very important for kids and by trying so hard to fit in and hide the differences, they attract bullies to their weakness. In his 2007 research, Field found that children who are bullied have 2 main problems:

Victim of Bullying are Easy targets

If you understand that bullies need to overcome a real or perceived threat, you will understand why they need to pick easy targets. The main idea is to regain their missing power and for them, winning over the weak is good enough. 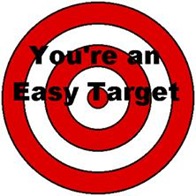 Understanding why some children are bullied is important, because this can help parents and educators focus on developing strategies to prevent the bullying or help when it already happens.

In the next chapter of the bullying series, I will cover the “other players in the bullying game”. Until next time, find out if your child fits into the victim profile and look for ways to give them the confidence to change it. I will be offering ideas about what parents can do in future posts.

It is commonly thought that the bullying game is run by two main players, the bully and the victim. However, there are many other players taking part in this game. Understanding the role of the other players can greatly change the dynamic of the bullying act. Their weaknesses are not…

How to Stop Parental Bullying (2)

The previous post of the bullying series talked about stopping bully parents with awareness, because awareness is the first step towards any change. The following posts will show how we can stop bully parents by introducing personal development. I believe that happy parents raise happy kids and that parents with…

How to Help Bullying Victims (4)

The bullying game cannot be played without the victim. For bullies to gain power, they must find a victim to take it away from. If we help the victims not to be easy targets, it will make it a bit harder for the bullies to take anything away from them.…