Bullying is a conscious, repeated, hostile, aggressive behavior of an individual or a group abusing their position with the intention to harm others or gain real or perceived power.

There are many definitions of bullying, but they all consist of the key words “power”, “aggressive” and “repeated”.

To my surprise, most kids do not know what bullying is. Due to recent focus on bullying, kids refer to acts done by mistake only once as “bullying”. For example, playing soccer and being hit in the face by the ball might be considered an act of violence by some kids, when in fact, but in most cases, hitting someone’s face with the ball while playing soccer is done by accident more often than not.

I think that awareness of bullying is the first step to changing it. I wanted to write “eliminate it”, but it will probably take us a while before we can proudly say bullying is not part of our life.

I hope the bullying facts and myths I have gathered here will help raise that awareness.

Myth: Bullying is hurting someone physically

Fact: You do not have to touch someone to be a bully. Physical attack is just one form of bullying and not necessary the worst. The others forms are:

Myth: Bullying is a boy thing

Fact: It is true that physical attack, which is only one form of bullying, is mostly done by boys, but girls use other forms of bullying, like putting down, name-calling and harassment more than boys do, which can be just as painful as being physically hurt.

Myth: Bullies hassle people they do not know well

Fact: Bullies need to know their victims in order to bully them. Bullies find a weakness and use it to hurt. Without knowing someone, it is hard to know if they will be intimidated by something.

Myth: Kids who stand out are more subject to bullying

Fact: Kids can be bullied by their parents for their appearance, (lack of) skills, having different values and more. Bullies do not need a majority to support themselves, just a weak enough victim and a psychological need for power.

Myth: Bullying is a normal stage in kids’ development

Fact: Bullying is a learned behavior, which is the use of some sort of power to compensate for having a weakness.

Myth: If we ignore bullying, it will disappear

Fact: Many times, ignoring is a good way not to give attention to negative things, but in bullying, ignoring is a reward. If we ignore, we deliver the message that bullying is acceptable.

Myth: Telling you have been bullied will only get you into more trouble

Fact: Research in schools has found that bullying stops when an adult, an authority or a friend is being involved.

Myth: Parents cannot do much to prevent their kids from being bullied

Fact: Research has found that kids who have better relationships with their parents are less likely to be bullied. Think about it. A good relationship helps the parents detect the first signs of bullying towards their kids and to solve the problem before it gets out of control.

Myth: Bullying gets worse as kids get older

Fact: Bullying declines as kids get older. There are more bullying incidents in primary school than in high school.

Myth: Bullying is done face to face only 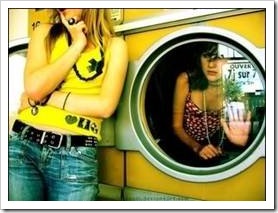 Fact: Unfortunately, in the last few years, we have a new form of bullying called “cyber bullying”. It can be done through social networking sites, emails and even with the use of mobile phones by sending abusive or threatening messages to others.

Knowing the bullying facts and understanding what bullying is should be the first step in making sure your kids do not be victims of bullying. Talk to them about the facts, listen to their stories and help them recognize the bullying in their own life.

Next time, I will introduce some statistics about bullying. I did not want to scare you just yet, so I left it for chapter 2.

Keep your kids safe and strong.