Last week, in What Is Self-Esteem, I wrote about the definition of self-esteem. This week, let us explore how school promotes low self-esteem in children and shapes our society in a negative way.

Since our self-esteem is based on our perception of ourselves and school is the place we spend most of our time between the ages of 6 and 12, every school experience either increases or decreases our self-esteem.

Low self-esteem can be seen by these behaviors:

If you go over these behaviors, you will see that the school system is structured in a way that promotes many of them and thereby encourages low self-esteem.

Living by other people’s rules 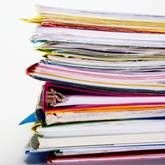 At school, the rules are set by external sources. The rules are not for the kids’ sake, but for the system to function easily.

It is very important to realize that as parents, we compromise on the rules of the school, because we cannot open a class for every family.

Uniform is another example of rules that we follow not because we think it is the right thing to do (I am sure your kids do not wear uniform at home and they are still as respectful as they are at school). It happens to us many times as parents that things at school are not exactly the way we want them to be, but we are forced to live by other people’s rules.

Perfectionism is a disease. It is a feeling of inadequacy that people have in some area(s) of their life. Did you grow up in a house, where if you came home with a 80% or 90% mark, someone would ask, “Why not 100%?” You probably feel sorry for those kids.

I remember a friend who came home with a 98% score and his dad telling him this was disappointing. I also remember conversations with such parents, who believed they were doing the right thing. “If I want my kids to achieve”, they said”, “I need to be honest with them and tell them when it is not good enough”.

“Good enough” is exactly the feeling that is missing in the perfectionist’s mind. The problem with perfectionists is that their standards are so high, they never get to feel the joy of achievement.

Unfortunately, schools encourage perfectionism by constantly giving kids tests and educating them to aim for perfect scores. Yes, yes, we do tell them that getting a B is good, but inside we deeply want them to get an A.

In some year levels, the school tests are not enough, so they introduce state-wide tests, based on … the year level. Kids are very unhappy with tests, because they put an unnecessary pressure on them to perform regardless of their age, style, preferences, home environment or emotional state.

As long as the test will set a standard that kids need to fulfill, we are teaching them perfectionism and with it low self-esteem.

Worrying about what other people think

Worrying about what other people think is not a genetic character trait. When kids are young and we tell them that what others say about them determines who they are, it is very hard to ask them to think for themselves.

During school days, what your kids’ teachers think about them is going to be important in determining what kind of people they are going to be. If they happen to be the teacher’s favorites, they will have a great experience and increase their self-esteem, while kids that the teacher does not like keep decreasing their self-esteem.

It is very important for you as a parent to know that teachers are human. They have likes and dislikes and they treat kids differently, the same as you treat people at work differently and even your own family members differently. Teachers have feelings towards kids and sometimes they are not so good, because of personal preferences or because they require more effort.

I remember one of my college courses, “The emotional hygiene of the special education teacher”, in which we all went into a work experience class and after a few days had to come up with the list of kids we liked and the kids we did not like.

You might like to know that those kids got more attention from us, only because we liked them. It is hard to admit, but favoritism is done subconsciously and our kids’ self-esteem is greatly subjected to their teacher’s preferences.

From the second we are born, we seek for approval. While this is a good way to become part of society, it can be, if we become dependent on it, unhealthy and disempowering.

School is a set place that requires everyone to follow exactly the same rules. If you follow the rules, you get approval, and if you do not follow the rules, you get punishment. Waving carrots and sticks in front of kids is a version of taming. If you can imagine a lion caged with his master holding a whip and a piece of meat, I want you to know that your kids feel exactly the same at school.

In grade 12, my daughter had a spelling test every week on Friday and her teacher gave the kids that got all the 20 new words right lollies (candy). 12th grade, big kids in senior jerseys, getting lollies as approval! I was so unhappy (and, of course, took the opportunity to talk to my daughter about my values and beliefs regarding food rewards).

We used to joke about it and instead of talking about the spelling test, we only talked about the lollies. Until now, when my daughter wants to say she succeeded at something she say in jokingly, “I got lollies!”

Yes, I understand that some order is required, but all rewards need to be gradually replaced by self-appraisal and I believe this is missing in schools.

Guilt feelings or self-blaming thoughts are in contradiction to self-acceptance. Guilt is a poison that kills self-esteem and functions as a reminder of doing the wrong thing. “The teacher was upset with me”, they think, when in fact, she was upset because she did not get enough sleep last night.

When things goes wrong for them, kids have the tendency to take the blame on themselves. This is why, when parents go through separation of divorce, kids find it hard to cope. They believe it must have been something they have done (this is why you see grown-ups doing all they can to bring their parents back together).

Because self-worth is not taught at school, every time a child experiences something negative, they take the blame on themselves and only decrease their self=worth.

If you talk to a kid about some unhappy experience at school, they will be defensive, feeling un-loved and unworthy.

Kids who learn to appreciate their abilities and accept their uniqueness will have high self-esteem. It is our responsibility to teach them that.

If you examine our entire society, you will find that fear of failure is the greatest fear of all. When kids are young, this fear is nowhere near what it is in the teen years or worse, in adult life.

A research in emotional intelligence checked this component in kids and found out that the younger the kids are, the more persistent they are. Kids at different ages were given an impossible task. The 5-year-olds reached 17 attempts before giving up and the number of attempts was lower and lower with age, reaching zero attempts at the age of 15.

You see, kids at the age of 5 are not afraid to make mistakes. They believe that effort is the name of the game and therefore are more open to trying new things.

I have to say that over the years, I have noticed that the gap between the 5-year-olds and the 6-year-olds was huge.

In one of my “Creative Thinking” project classes, I asked the kids to scribble on a piece of paper with as many colors as they could (I needed a page full of color scribbles to teach them a lesson about proportion).

They were just 6 years old and did not understand what I meant. Some of them drew a house and a tree and made an X on it. For them, scribbling was “erasing” and “destroying” their work. Only when I took a sheet of paper and scribbled on it did they do it, albeit hesitantly.

At the end of their drawing, I asked them to sign. “Every artist signs their art,” I told them and they thought I was crazy. They were only 6 years old, but already had set ideas about what is “right” and what is “wrong” in drawings.

School communicates to kids what is success and what is failure, what is accepted and what is rejected, what is right and what is wrong and it does so during a period of their life when they are vulnerable and do not have the ability to come up with their own beliefs about themselves and decide that they are successful, accepted and right, only because they are different.

Go over the list you made last week of your beliefs regarding yourself (what you do not like or appreciate about yourself) and ask yourself at what age and where you adopted each one of them. You may find that most of them were formed when you were still a child and that you got them from the grown-ups around you.

Join me next week in a discussion about the other sources of our beliefs regarding ourselves.

This post is part of the series Self Esteem Mini-Course: