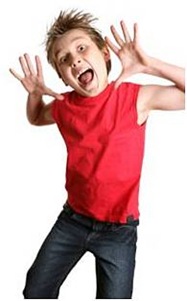 During our first session together, Luke was quite hyperactive – he moved from one place to another frequently, touched everything in the room and was generally very loud. But shortly after he arrived, I noticed he talked to himself and “excused” all his actions. “That piece is hiding. Where are you?” he said to the letters he was trying to find.

It did not take me long to discover that dear little Luke was an auditory child, so I turned on the musical keyboard and allowed him to play with it. Whenever I asked him a question, I sang it like a tune and used auditory words. Luke and I quickly became friends.

In our second session, I allowed Luke to play some more musical instruments (we have plenty of them, because Tsoof is an auditory child who would buy himself every musical instrument out there if he could). This time, Luke was much more relaxed. He talked to me (at a high level of conversation) and worked well for a whole hour. He worked for 10 minutes, played the flute and came back to continue his activity until it was finished.

When he came for our third session, Luke was relaxed and happy. He still played the musical instruments, but his productivity grew 3 times over the previous session. As long as he was allowed to make noises in a controlled way (in-between activities), he was much less noisy while he worked.

In the fourth session, I sat with Luke’s parents and talked to them about my observations. I said to them that many years ago, when I studied special education, one treatment for hyperactive kids was … coffee! Yes, I know it sounds strange, because coffee makes most people more edgy, but I learned that some kids react to coffee in the opposite way and coffee makes them relax. 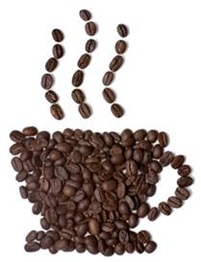 I remember that when I studied it, I was shocked. You see, I had never liked coffee. The only thing I loved about it was the smell. One day, my friend Kathy, who loved coffee, took me to a coffee shop in Texas that sold flavored coffee beans and I thought it was one of my most memorable experiences. Kathy bought some vanilla coffee and when we went home, she made me a cup to taste it. I concluded that I just do not like the bitter taste of coffee, unless it is mixed with a lot of milk and whipped cream and ice.

So when I learned about the effects of coffee on hyperactive kids, I said to myself, “It will be impossible to convince kids to drink this bitter stuff”, but my teachers said that even a mild ice mocha blend can do it, so I tried and it was magical. Every time I had a kid who was labeled as hyperactive, I suggested to their parents to try coffee.

This week, I met Luke’s mom again. I asked her how the coffee experiment was going and she said to me, “Ronit, Luke does not like coffee and we have not found a way to give it to him yet, but I have a message for you from a guy who works with my husband. He said to tell you that when he and his wife heard about giving coffee to hyperactive kids, they started it immediately with their son. He asked me to say thank you, because they have noticed an immediate change in their child’s behavior. The day after, they had a new child and they wanted to thank you for saving them”.

I was very happy to hear that one more child had been saved from medication. I do not even know him, but I am very happy for his family. That also reminded me I could share this great tip with the thousands of parents who read this blog. This technique can be useful for them too.

So if you have a kid who is hyperactive, do not say anything to him/her about it. Just offer them some of your coffee (if you drink one) or mix a little instant coffee (and sugar) in their milk and see if it makes a difference. I would personally try it in the morning and not in the evening, just in case it makes their hair stand and make them even more “awake”. Try this over a week. 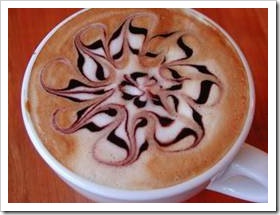 If things get worse, stop immediately. Remember there is caffeine in coke, energy drinks and energy bars, so keep those away from your kids for a week instead and see what happens. They may just be hyperactive from too much caffeine and sugar…

If you want the experiment to be clean, ask someone outside the family (like a teacher) to examine your kid’s behavior over a week, but do not tell them what you are doing or when. Just say, “I’m giving him/her medication and I want to know if you notice any positive change”.

You do not need a doctor to monitor the effects of coffee on your kids and you can tell what works by yourself. When you have the results, please come back and share with us what happened.

P.S. I may share more of my observations on kids’ behavior from child assessments for you to enjoy and see how easily we label kids and say they have problems, when in fact, we just cannot relate to them in their preferred way.

Children with learning difficulties are very close to my heart. I've written about kids with Hyperactive Attention Deficit Disorder (ADHD) before and shared tips and strategies to help them live a happy, fulfilling life. It makes me very happy when readers share their stories and tell me how they've used…