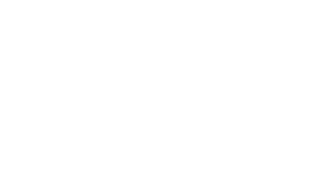 A while ago, I told the story of Magda about using “the wanting muscle”, learning to want and exercising choice. She learned that she was allowed to want things for herself – that she had to live by her own expectations.

Two weeks later, I saw Magda for the second time. She looked so much more alive and beautiful. Her skin was shiny and she was smiling happily.

She behaved like a giggling teenager when she told me the list of her wants was getting bigger every day. Funnily enough, her daughter was the one who had helped her with that task. This was good news for Magda, because she had also managed to teach her daughter that it was OK to want.

“I saw my mom 4 days ago and I am going again after work tomorrow. I’ve decided to take 4 days off in between. It is bliss. She still complains, but no more than she did when I was there every day”. She was grinning from ear to ear.

“My daughter has been nagging me to go see him for two whole weeks. I went to see him 3 days ago over the weekend. I surprised him. I knocked on the door and he was happy to see me! I told him I was seeing someone … a woman, a life coach, who was helping me”, she said.

“Are you back together?” I asked her.

“I told him I would understand if he wanted to take a break until I finished my work with you and he said, ‘I love you. Relationships are “work in progress” and you and I are in this together'”.

I thought those were the words of a very loving man.

Together with the fact that she had not been visiting her mom, they had spent the previous 3 days together, without anyone nagging them about their relationship. It was no wonder she was over the moon.

She left after two hours with the same list of things to do at home (called “action steps”) and more. I was happy to reflect on my session and think, “Yes! One more person regained control over her life by learning that wanting is OK and by making her own choices”.

May the choice be with you!
Ronit