When I sit in my car, driving the kids to school or just on my way to the supermarket, I like watching people in their cars. Some funny people talk to themselves. Yes, I know. It may look like they are on the phone, but I am talking about the crazy people that actually talk to themselves.

I call these people “MacGyvers”. Do you remember the TV series with this guy who was narrating the whole time? We heard his thoughts all the time wherever he went.

This happens to me a lot. I see people on the street moving their lips while they walk. As funny as it looks, these people have an advantage.

Research says self talk is good

A research done on young kids found that preschoolers perform better when they talk to themselves. The finding was that “78 percent of the children performed either the same or better on the performance task when speaking to themselves than when they were silent”. 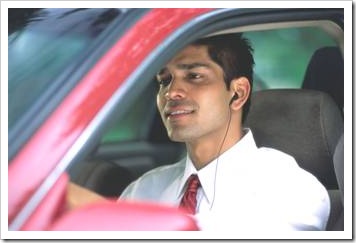 The research found that telling kids to be quiet while they were learning was actually disturbing the kids’ natural “private speech” or “self talk” and limited their performance.

My son Tsoof is such a “MacGyver”. He talks all the time (and I do mean “all the time”). If he has an audience, cool, and if he does not have an audience, it makes no difference. His brain is so full of thoughts (and jokes and songs and musical notes and comedy skits and movies) that if he did not talk about them, he would probably blow up.

He has taken “self talk” to the extreme. He is a wonderfully talented, funny, joyful kid. But our friends say they do not think they could have survived living with him in the same house for more than two seconds.

Every time I hear this, I think about the special education kids I work with. Do they have a problem or is it just the reaction of the people around them, who cannot survive living with them in the same house (or class or playground)?

He could not have been so talented without this ability (and without us being tolerant to his constant sound production).

Kids find natural ways to deal with to things in their life. 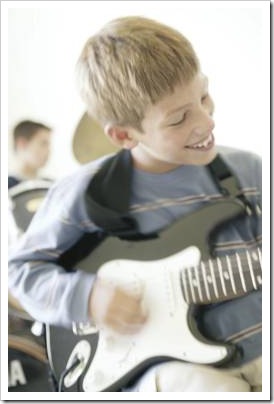 If they are kinesthetic, they move a lot to help themselves think. If they are digital, they ask a lot of questions.

If they are visual, they decorate their notebooks to make them look nicer.

If they are auditory, they talk to themselves to slow down and serialize their input.

Auditory and digital kids are at a relative disadvantage, simply because there are not many of them in our society. Research about learning styles has found that there are only 20% people that are auditory, while kinesthetic are 40% and visual 40%. That research did not recognize the digital style, but estimates are that only 5% of the population are auditory-digital.

Being different is not a problem

Being only 20% of our society makes auditory kids a minority. If you have an auditory child and you feel they are different, you are right, but being different does not mean they have a problem.

The problem starts not with the fact your kid is different but when they start thinking there is a problem with being different. As I have said before, when working with a troubled child, most of my work is dedicated to repairing the kid’s damaged self-image.

Talking to yourself is a very helpful technique for auditory people in general. For everybody else, it is a useful way to deal with stress. It is almost the same as sitting on the therapist’s sofa. It can help restore order to the mess in your head.