This week, Ronit and I watched The Hunger Games. We knew the general plot when we entered the cinema, but we came out feeling sick, not only because the film was excessively violent, not only because those who were violent in it were teenage children, but mostly because it was such a strong portrayal of modern life.

Both Ronit and I slept very badly that night and had very scary dreams.

In the movie, there are 12 districts full of poor workers who can barely get enough food to eat. Their life is mud (literally), they are dressed in light-blue working uniforms and live in fear. These districts are ruled by “the capitol”, a magnificent and decadent city, where people spend their time dressing to impress and trying to find things to entertain themselves. There is police/army force, dressed in white, which swiftly handles any disruptions.

But the main instrument of power is TV and there is one particular show in TV everyone must watch to remember their place in this futuristic society – The Hunger Games. Each district sends a boy and a girl to fight for their life. The game ends when only one remains, giving the people of their district the temporary illusion that life may be better for them too some day.

There were many similarities between The Hunger Games and our life, which I wanted to share with you. This will be depressing, so after that, I will also share with you how you, me and other parents can make reality different, for us and for our kids.

Just like in the movie, our world is controlled by a small group of people with enough power to take away all of our retirement money, crash the property market, mobilize entire armies to a faraway country and occupy it, kill leaders, install new leaders, invade our privacy and use our tax money and bank fees to fund it all. 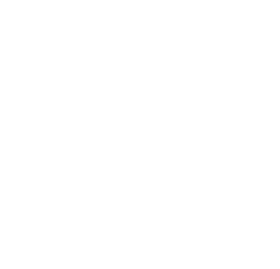 Just like in the movie, the people in power see life as a game. They pursue meaningless victories and possessions (one character is called Effie Trinket), consumed by their desire for control (the TV host is called Caesar Flickerman) and personal gains. Even when they pretend to be doing the best for “the people”, there is a complete disconnect between the lavish way they live and the miserable way others do.

Just like in the movie, most of us are so focused on getting by, we feel isolated and scared, even in a big crowd. This way, we are very easy to control and are not likely to turn to our neighbors and work colleagues to form an army that will overthrow the current regime. Although we have little, we could lose it all, so we keep plowing ahead and thinking it is the best we can do.

Just like in the movie, we raise our children to survive and be safe and thus they become the next generation of us. We do our best to protect them and make them better than we ever were, but we still send them to school, where they are herded and taught to conform, and we still teach them that getting a good job is the best thing they can do for themselves. They see us following the crowd and feeling safe doing what “everybody else” is doing, and they grow up to follow the crowd too.

Just like in the movie, people are sent to fight and kill complete strangers just to satisfy the rules of some game that is forced upon everyone equally. Most Americans, English and Australians have never met an Iraqi or an Afghan and have no idea about the way they live or what they want out of life, but soldiers still go and fight them, sent by majority votes in democratic countries. These soldiers are backed by their families, who support killing anyone that will prevent them from coming back, even complete strangers who were first attacked by the soldiers.

Just like in the movie, the media is the weapon that subjects us to the tyranny. We are pumped day and night with hollow slogans, like “May the odds be ever in your favor”, where the odds we would make it are 1 in 24 (in real life, they may even be lower, but the losers do not have to die).

Just like in the movie, our TV shows many hunger games: Big Brother, So You Think You Can Dance, American/Australian Idol, The Farmer Wants a Wife and, of course, Survivor. In all of these, the camera is everywhere, contestants work in groups while having conflicting personal interests and relationships (even love) are staged for the camera.

He is luring you in to make you easy prey. The more likable he is, the more deadly he is
– Katniss Everdeen in The Hunger Games

All of these shows are sponsored, just like the game in the film, and the sponsors are not interested in letting the best person win. They are interested in manipulating the audience into buying their products. The level of pressure in them is increased artificially through expressions like “elimination”, “dancing for her life” and “let’s see who will survive”.

All of these “reality” shows are rigged, too. In the film, someone mentions that District 1 usually wins. In real life, we know someone who is a wonderful singer, but was not selected for Australia’s Got Talent because her life story was not interesting enough for the show.

If we don’t watch, they don’t have a game
– Gale Hawthorne in The Hunger Games

Unlike the movie, we do not have to subject ourselves to this bombardment of manipulative messages in the media. We can stop reading the papers, switch our radio to a music channel or listen to recorded music, unsubscribe from “special deals” sites, stop reading glossy magazines at the supermarket checkout and … turn the TV off.

Unlike the movie, we can choose to question the way we live and the lessons we teach our children. We can sit quietly and go over a day in our life, step by step, and ask the following questions about everything we do:

You could ask this about getting up at 6:30am, about brushing your teeth, about the clothes you put on, about your choice of breakfast, about the way and means by which you travel to work, about taking your kids to school, about your job and about the way you related to people, especially to those you love the most. You could ask this about everything you buy, every place you buy it from, everything you sell and every way in which you sell it.

At first, you may not see the big deal. 30-40 years of habit make us good at seeing certain things and ignoring others. That is only natural. But once you find something that no longer seems right, even if it is your brand of toothpaste, this will show you the power of questioning and open the door to more revelations and more freedom.

Yes, freedom. Because we may have the illusion that we can do or say whatever we want, but unless we make conscious decisions about how to live and how to raise our kids, we are not free at all. We are just products of our upbringing.