I remember debating the issue of reporting disclosure in my special education studies. We talked about it in classes, in group therapies and in forums and we were asked about it in exams. This was the dilemma between the risk of labeling and the risk of allowing a problem to grow and making it even harder to fix.

This may be hard for you to believe (I know it was hard for me), but I once worked with a kid in Grade 6 who had severe behavioral problems and who could not read single-vowel words like “Cat”. When I investigated the issue, I discovered that Caleb’s mom raised him by herself and had mental difficulties caused by trauma. She kept him at home for months to avoid being alone and in the first years of school, he had missed school so much he never managed to catch up.

I met Caleb’s mom several times and her desire to help her son was sincere. Being in a better place after years of medication and support, she put a lot of effort into bringing him to the sessions with me, which took place at school, and making sure Caleb brought his workbooks and did his homework.

One day, Caleb’s mom came to me and asked me about his high school options. She asked me if I could prepare him for application to a high school that boasted a high academic level. I was very surprised and asked her what she thought he needed in order to enter that school.

“They have a test that takes about 5 hours”, she said and I realized she was not aware of Caleb’s low abilities. 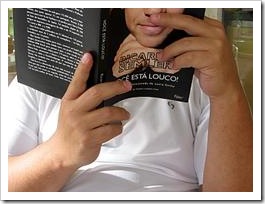 As a special education consultant to Caleb’s primary school, I was concerned about the messages she had received.

“And how do you think he will do on the test?” I asked her.

“I understand he has some challenges and I hoped you could help him prepare for the test next month”.

I was puzzled. I had hundreds of questions in my head that I had no idea how to answer. My thoughts raced at full speed.

“He can’t even read single words. How can he pass this test? … I’ve worked with him for 3 months now and my assessment shows he’s reading at Grade 1 level … Why is his mom is not aware of his difficulties? … Can I work miracles in a month? … Maybe the school never said anything? … Maybe the school did, but she didn’t want to hear it? … If I tell her now, it may be devastating for her… But if I say nothing, it will be dishonest… Will I get in trouble with the school? … There must be something I don’t understand here… How can parents help if they don’t know their child has a problem? … If she doesn’t know he can’t even read well enough to follow instructions, she might put pressure on him that will make it worse… No wonder Caleb had behavior problems. He sits in class all day and has no idea what is written on the board and on his worksheets. That’s why he never does his homework…

I asked Caleb’s mom to come into my room.

“I want to show you what Caleb is studying with me”, I said. I opened my assessment report (which I was not allowed to give her) and showed her some of his assessment sheets.

“This is Caleb’s level when he started seeing me. He didn’t know all of the sounds, he didn’t understand the vowels and he had challenges writing some of them”, I told her.

“Yes, I know he is not that good with his reading and writing”, she said. 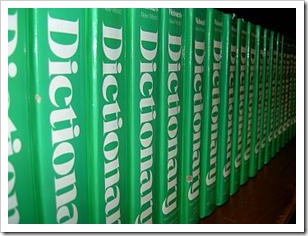 His mom looked at me and asked, “Can he read Grade 5 workbooks?”

“Can he read Grade 4 stuff?” and without waiting for my answer, she continued, “Grade 3? Grade 2?”

“No, he can’t. After 3 months of work, Caleb is reading single words with 3 letters and 1 vowel”, I told her.

Her face fell and she sat in the chair and was quiet for a while. “Then how can he read what the teacher writes on the board?” she asked.

“He will never be able to pass this test in a month”, she said to herself sadly. I knew if I added any more information it would only make her feel worse.

“Why didn’t they tell me it was that serious?” she started crying, “Every year, at the end of the year, I would go to the teacher for a parent-teacher conference and she would say, “He has some problems, but he will grow out of them”.

I had also asked Caleb’s teachers and the school’s principal about him and they had told me the same thing, “He had some reading challenges, but mainly behavior problems and we hope you can help him manage his behavior. Not all kids do well academically and he’ll grow out of it”. When I had protested, told them about his severe reading problem and asked why his mother had not been told, they had said, “She doesn’t care anyway”. 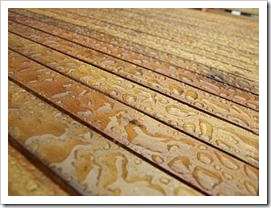 “He is missing 5 to 6 years of school, isn’t he?” Caleb’s mom wept. I nodded. “I should have known” she said to herself.

“I agree, but you didn’t and we cannot roll back time. We need to focus on what we can do now to help Caleb”, I told her.

I worked with Caleb for 6 more months (one hour a week) and he was able to read small paragraphs of 6 sentences, albeit very slowly.

His mother registered him to a trade school to study carpentry with special education support to continue his basic reading and basic math. He was happier than ever.

Caleb should be over 20 years old now and wherever he is, I keep telling myself, “His mother should have known earlier”.

Here are a couple of earlier posts with some good ideas on taking responsibility for your child’s schooling and keeping informed and “plugged in”: