Last month, I started writing about the dilemma to tell or not to tell parents when their kids have a problem. I have many discussions about telling or not telling, especially when we talk about friends. Many years ago, I made an agreement with myself that I do not mix my work and assessment abilities with my friendships. Most of the time, I thought it was the right choice, but from time to time, when people ask my opinion, I failed to keep this promise to myself. The one time I did not say anything (although it was hard to keep it to myself), I happened to help a friend of ours.

When Amanda had her second child, she invited us to stay over for the weekend. Her older son, who was at the same age as Eden, was the most wonderful kid and we got to their place to see Eleanor, who was a 3-month-old baby. Eleanor was gorgeous and while Eden and Amanda’s son went to play, we spent a wonderful weekend talking to Amanda and her husband Peter. All day long, Eleanor was either in their arms or crying. I had heard many crying babies, but I had never heard any baby cry that much. Amanda said she had been like that since she was born.

Peter and Amanda were not sure whether that was it. To make it easier for Peter and Amanda, who spent most of the day holding Eleanor, Gal and I held her for a long time. She was so cute and cuddly and I noticed she did not lift her head when she was lying on her stomach. 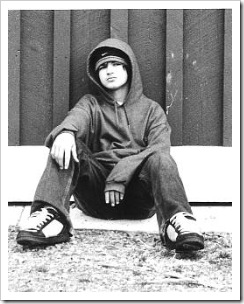 When we went to bed, I asked Gal, “Don’t babies need to be able to lift their heads at 3 months?”

You see, it was a big problem comparing other kids to Eden. She did everything much, much (much) earlier than other kids did and we used to joke that she did not read any books about babies.

“Eden is not a good example”, I said, but I knew inside that something was wrong with Eleanor. Just before bedtime, I played with her and she listened to me and was cute and smiled, but when I moved my head to the other side, she started crying.

“She doesn’t move her head from one side to the other”, I said to Gal.

At night, when we went to sleep, I thought about my promise. “Amanda and Peter invited us to spend a great weekend with them, but I can see they are miserable. Eleanor cries so much… It’s none of my business… Yeah, but what if there’s something wrong with her? No, Amanda won’t be happy if I intervene… Of course she will. She’s my friend… But she’s never asked for my opinion… Besides, what if I’m wrong? Nah, how can I be wrong? Kids shouldn’t cry all day… Well, maybe some of them do”.

In the morning, after agonizing the whole night, I went to play with Eleanor. When I tried to move her head from one side to the other, I realized her head was shaped like an egg, with a big bulge at the top. Her neck was arched to accommodate her head. I took a towel and put it under her neck. She started smiling and followed my voice and my face. When Amanda came into the living room, she was surprised to see her baby on the carpet, happily moving her hands and legs.

“What did you do to her?” she worried.

“I put a towel under her neck. I think she’s happy now”, I said and showed Amanda the towel. With the towel, it was easy to see that Eleanor had a big head and that its shape made it hard for her to move it from side to side while lying down. Shortly after she was put on the floor or in her cot, she could not move her head at all anymore, so she stated crying. She looked at life from a single head position. 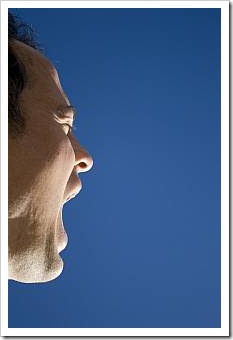 With the help of the towel, Eleanor played with the mobile while lying on her back all weekend long. Her parents felt strange she was not in their arms the rest of the time we were there.

Amanda took Eleanor to her doctor and showed him how well she moved with the towel and they monitored Eleanor’s head development for about six months afterwards. Over time, Eleanor grew and started lifting her head and crawling.

Eleanor is now 18 and when I talk to Amanda from time to time, she reminds me of the weekend that has changed their life.

Parents need to know the truth about their kids.

I follow many parenting rules, because I believe each rule works well for me. I have adopted some of them from other people in my life, developed some of them by looking at others and created some rules from my own experience. Every rule is there to prevent me from…

This year, when my sister had her first baby at the age of 41, we had a discussion about the oldest age that is still reasonable for mature parents to have kids. I had Eden at the age of 24 and I was convinced Gal and I were the first…

Last week, I wrote about writing your beliefs about kids. As I said, beliefs are a reflection of our parenting style. What we believe about kids becomes our reality. I realized this during my Special Education studies and I started making sure I always had the right beliefs, the most…