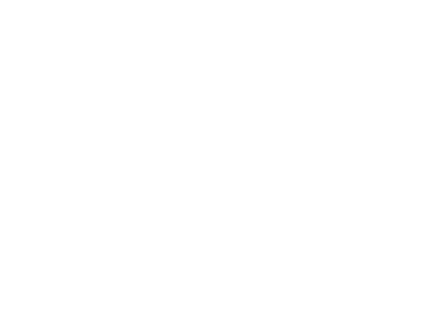 It was a lovely day on my life coaching deck and Talia came over wearing her gorgeous bright-colored dress, but it did not help lighten up her spirit. She was very sad. I had known her for a while and admired her deeply. Talia was an example of perfection for me. She was beautiful, she was friendly, she was knowledgeable, she was in a relationship, she had a perfect job and she was amazingly smart. She played musical instruments (yes, more than one), already held several degrees. While other people struggled to manage their time, she had worked full time and completed 6 university courses with high scores. She had traveled the world. And she had done all that by the age of 25.

Still, Talia was a very sad and tormented woman, because nothing she did seemed to please her mother.

Talia was in what I call the approval trap.

Unfortunately, we are all born into that trap without a choice. The way things are structured when we are young, we seek our parents’ approval to learn about life and build our confidence. Living every day of our life around them makes them almighty gods for us and we do everything within our tiny power to get their approval.

It is amazing how many grownups looking for emotional relief are in fact in the approval trap, as if they are caged inside that childhood belief that their existence depends on what their parents think of them.

At the beginning, it starts as a way for us to define who we are and forms an integral part of our socialization process. Our parents give us their approval of things they consider right and disapproval of things they consider wrong. Eating with your fingers at the age of 2 is cute. At the age of 3, it is met with “Not with your hands, sweetie. Here, take this spoon”. When you are 5 years old and you play with your food, it brings on loud disapproval from your parents.

However, instead of using approval as a socializing tool and a way to teach independent thinking, some parents use approval as a way to control their kids. Those kids, like Talia, grow living their life in a continuous, fruitless, endless pursuit of their parents’ approval.

In the movie “Despicable Me”, Gru’s shows his mother his various inventions as he grows up and she just shrugs her shoulders and said “eh”, even at the sight of a masterpiece. Watching that, I said to myself, “This is probably how kids in the approval trap end up living – in a constant attempt to show their parents their masterpieces and constant disappointment”.

Talia had already produced thousands of masterpieces. Her life was so dedicated to creating masterpieces that would finally win her some approval that it had exhausted her completely.

Around the age of 5 or 6 (depending on where they are in the world), children are introduced to more people who give (or deny) them their approval – their teachers. School is a place that teaches kids how to seek approval from Day 1. You need permission to move, to sit, to stand, to talk to someone else and almost everything is dictated for you, including the clothes you wear and the kids you spend time with.

After a short time at school, you can tell that those socializing agents use approval and disapproval to control you and if you do not get it quickly enough, they make it painfully obvious with punishments.

To illustrate just how quickly kids are forced into submission, let me tell you about something that happened to me 25 years ago, when I was running the Creative Thinking Project in Grade 1 with 6-year-olds.

It was the second half of the year and I was going to teach the kids geometry, fractions and math in a very intuitive and fun way using double mirrors. I gave each child a piece of paper and asked them to scribble on it. I told them that the more they scribbled on the page, the more fun they would have and the more beautiful the double mirrors will make it look. More scribbling would also make it easier for them to understand the concepts of multiplication, geometry and fraction. What I did not take into consideration was that we would have an issue with … scribbling. 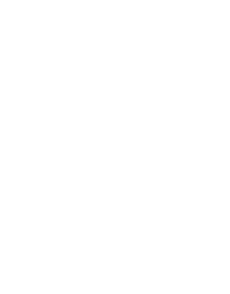 The kids looked at me in shock and asked, “What do you mean?” I took a piece of paper and scribbled on it. “Look”, I said, “Just like this. It’s really simple”, but the kids were even more shocked. Reluctantly, they started drawing on their sheets of paper houses, flowers and clouds and then scribbled over them. It took me a while to figure out that scribbling was “wrong” way of drawing. They thought I wanted them to ruin their own drawings and did not see the point.

These kids were so young, yet they were already programmed to think that scribbling was inappropriate. When they were younger and drew whatever they could, their socializing agents must have said things like, “That’s not drawing, that’s just scribbling”. Eventually, they just stopped trying.

I kept encouraging them to scribble more and more and when they finished, I told them to sign their names on their colorful creations, “Like real artists”. They were convinced I was totally nuts.

Instead of teaching free thinking and creativity at school, they teach obedience. Schools manage to convince kids (and their parents) that report cards are written certificates of your worth through your teachers’ approval (in fact, report cards are equally there to measure how good the teachers are). Signs of individuality are not approved and in some places, the “toll poppy syndrome” (keep your head down and be like everybody else) is nearly an official school policy.

Unfortunately, even university does not teach free and creative thinking but mostly conformance and narrow-mindedness. Eden, our 22-year-old daughter is studying at one of the best psychology departments in the world, yet many of her teachers read their PowerPoint presentations word for word. You get bites information, chew on them before exams and then spit them out again on the exam sheet and the better you do it, the sweeter the taste of approval is.

The approval trap appears in many aspects of our life. While spirituality gives us a sense of purpose, direction, serenity and happiness, organized religion gives some individuals a sense of control over us instead. If you follow the rules, you are approved and get a ticket to Heaven. Some people even believe they can get on a fast track to Heaven by convincing others to follow their rules (like multi-level marketing, where you get more rewards if you find someone who will find someone who will find someone who will buy … or not, because by that stage, who cares? You have gained your ticket already). Do not get me wrong, I am just like that – I believe that my purpose is to help people find happiness and I hope their happiness will help others find happiness and hopefully the cycle will never end that will entitle me to a ticket to Heaven (on Earth).

I am very concerned about so many “seek approval” messages my kids are exposed today. The songs they hear are full of “I am nothing without you” (my kids love Bruno Mars). The TV is full of “I must have this to be cool” and the movies are “full of horrible attention-seeking heroes, like Megamind and Despicable Me (and even Up), and I am helpless against them. I am sure there were similar songs when I was younger. I just did not have the critical thinking then to judge them. Even now, I catch myself singing a song with the kids in the car and suddenly, I notice the lyrics and discover that yet again, the singer is helpless and needs someone else to make him/her fulfilled, happy or alive.

What others think about you 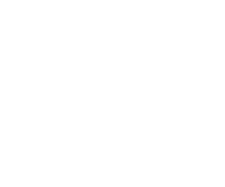 I was born into the approval trap. My family members, much like everyone else around us, were very busy directing their life according to what others thought about them. I was very lucky to wake up at the age of 16 and realize that by seeking approval I was compromising everything that was dear to me.

You see, my mom and dad grew up in the approval trap and passed it on to me. Until the age of 16, I thought that navigating your life based on what others think about you or your actions is the only way to think. Until then, I never questioned why we were getting dressed, why we went to school or why my parents had to go to work. In our house, the only answer was “So other people won’t say <insert something negative here> about us”. Only much later, I discovered this was negative focus – instead of doing something for yourself, you do it to avoid something worse, something more painful. This kind of a trap brings you to a state of avoidance. Instead of trying new things, you beat yourself up for thinking of doing something that just might attract negative thoughts from others.

While Talia was only trapped by the need for her mom’s approval, those who function according to what “others” think about them are in a worse position. You see, Talia’s mom was very consistent so Talia had to fit into her mom’s standards, but what do you do when you need to fit into many other people’s standards?

You live for others!

You compromise on what is important to you all the time!

You are in constant fear!

You develop a sense of inadequacy!

Join me in the next 3 weeks and I will tell you how to find out if you are trapped by a need for approval, how to recognize approval-seeking behavior and how to free yourself from the trap.

Until next week, may the force be with you!
Ronit

This post is part of the series The Approval Trap: