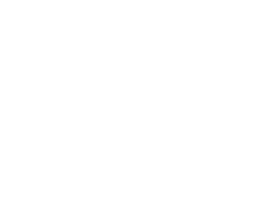 Our kids do not play computer or video games that often (they are too busy ice skating, singing, playing music, dancing, playing sport and reading to have much time left for video games), so we did not expect this to make any difference to our 15-year-old son Tsoof, but it did big time.

This year, Tsoof had to do a school assignments in drama class. If you think Drama studies are all about playing, make belief or acting, they are not. He had to research a topic and present it in a special style and he worked really hard on this project. Gal and I felt happy and privileged to watch the whole process of this assignment and the way he grew from doing it.

While Tsoof was doing his assignment, he had to describe different perspectives of the video games issue. He covered the money perspective, the health perspective, the psychological effects, the artistic perspective (yes, I know it is hard to comprehend, but some people see themselves as video game violence artists) and the parents’ perspective.

I was not sure how to present Tsoof’s findings to you. I was debating whether to tell you my opinion or maybe there was no need. I think maybe just giving you some of the facts about it will be enough for you to understand the severity of the problem. As I believe that as parents, we have lots of power to change this horrible phenomenon. So sit back and be horrified!

Facts about video games and violence

These have been collected from various sites and there are slight variances in the numbers, but you get a scary picture regardless.

If you think this is bad, join me next week for the second chapter of the video games and violence for some interesting news from around the world about people who bring the virtual world of video games into real life.

This post is part of the series Video Game Violence: