We encourage our kids to have two parties a year – one at the beginning of the year to allow them to get have a great start for the school year and meet new friends in their new classes and one on their birthday. Every year, our kids have a great year.

Last month, our son Tsoof had his birthday party. Tsoof is 15 years old, but most of his friends are 16 or 17 and some of them have already started driving. When they come in the door, Tsoof’s friends always say they have been waiting for the party since the last one, because they always have a great time dressing up, playing games, singing and dancing.

This year, when he gave his friends invitations to his party one girl asked him, “Will you have drinks at your party?”

Tsoof gave her a funny look and said, “No”.

“Can I bring drinks to your party?” she kept asking.

“Well, can I come drunk then?” she asked.

When he talked to another friend of his, the friend said this girl had called him a couple of times when she was drunk, so she did not ask it as a joke. They giggled at the idea of letting her come drunk and embarrass herself, but were too kind to actually do it.

Kids’ drinking at parties is a very sensitive topic in our family. Our 21-year-old daughter did not want to have a party for a while, because her friends only drank and did silly things. She was so upset that she refused to have a party at home for years. When I talked to other parents, I found out that in most of the parties, although the law prohibits this, the hosting parents provide the drinks for the party and they do not see anything wrong with it, saying, “We are here to supervise and make sure they drink responsibly“.

Generally, Tsoof’s friends were great kids. Most of them are very committed performing arts students and athletes who dedicate hours every week to developing their skills (and when I say “hours”, I mean some of them practice and perform 8 hours a day on average). Most of them receive awards at school and they are really great kids. 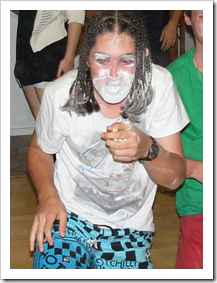 Whenever I hear people talk about how horrible teens are, I say to myself, “Everyone who has had the chance to meet these kids personally would never ever say things like that about teens anymore, because they are living examples of the opposite – caring, respectful, dedicated, determined, focused, friendly, talented and smart”.

Tsoof told us about the drinking question and it disturbed us. We wondered if we thought of them as great kids just because they were young and if when the got older they would lose this greatness and submit to social pressures.

Saturday night arrived and we set the living room up with palm leaves to make it suitable for Tsoof’s Jamaican party. There were many balloons around and I wondered whether balloons were appropriate for a teen party.

At 6 o’clock, the teens started appearing one by one. It was wonderful to see that most of them were dressed with Jamaican outfits or hats. Tsoof told them to bring their swimming gear and we heated our spa, just in case they wanted to go in, and most of them did. A couple of the boys made a cardboard bobsled for Tsoof, labeled “Cool Runnings“.

For about an hour, the kids played games, ate pizza and danced. From the kitchen, we could hear them singing at the top of their lungs (many of them are singers in the choir) and dancing.

One of the Tsoof’s friends brought two teenage boys from another city he was hosting for a sports competition. Those kids did not know anyone and we went to talk to them about their visit. One of them came straight to us, shook our hand and introduced himself with inspiring confidence. The other one told us he would stick to eating fruits and vegetables (and avoid all the snacks and candy), because he had a competition the following day, and Gal and I were very impressed with his discipline.

About an hour later, the party moved outside around the spa. The teens took turns and had about 10 people in the water, talking excitedly, laughing and giggling. The rest were on the balcony, playing guitar and singing.

About an hour later, some girls came out of the spa shivering, so I thought maybe I could offer them something hot to drink. “Maybe coffee”, I thought to myself, “No, they’re kids. I’m not sure they drink coffee. Tea? Yes, tea is not a bad idea, but hot chocolate will be best”.

So I asked them, “Would you like some hot chocolate?”

The two girls who got dressed and were a bit cold (naturally, after you get out of a hot spa, it is colder outside) were very excited. They said, “Yes, Please!” and asked if there was anything they could do to help. 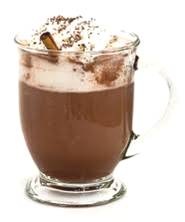 In a few minutes, I made about 12 cups of hot chocolate and gave them to the teens that came out of the spa. I thought the boys might consider hot chocolate too childish or girly, but they just thanked me, drank the warmth and sweetness and returned the empty cups with a smile, licking their lips.

For another hour, they went back to dancing and singing and played some hilariously funny games. At 10pm, they started leaving. Some of them gave Gal and me a hug and by 11pm, the last one was picked up.

Now, I can say that at my son’s party, there certainly was teen drinking. We had a group of 16-year-olds drinking hot chocolate!

Should You Open Presents in Public?

This week, my daughter Noff came from a get-together with some of her friends. One of the friends she met had known her since primary school and had come to every one of her birthday parties, which we throw every year. She told Noff she appreciated that we never opened…