It was the third birthday our daughter had refused to celebrate a teen birthday party with friends. For her 17th birthday, she invited a couple of girls to go out for a movie. For her 18th birthday, she spent the day crying because it was her grandmother’s funeral (and her dad was away to attend).

When she approached her 19th birthday, we had the same discussions about a party all over again.

When I was kid, most of the kids wanted to have a party, at least on their birthdays. Only the “rich” kids could have parties every year. Some rare kids had parties more than once a year and those were obviously the most popular.

Even now, when I take my 6-year-old daughter to a birthday party, mostly at McDonalds, we have the same discussion. Parents are not happy to open their house to a group of kids, even to celebrate their kid’s birthday. The lucky kids have it every other year and with about 10 friends only.

We love to party

I remember maybe 2-3 parties at home with friends and two of them were in my teen years. Gal, who was one of the lucky kids, could have parties even 2 or 3 times a year and he sure was popular.

When Eden was born, we decided that we would celebrate the kids’ birthdays with friends every year and this has been great fun. Many people thought we were brave, other said we were stupid (I can see there is a fine line between the two) for having so many kids over for a party. But we were happy to do it and never regretted any of the kids’ birthday parties.

The problem started when we talked to Eden about her 17th birthday party. We asked her how, when and what she would like to do and she said, “I don’t want to have a party with friends”. 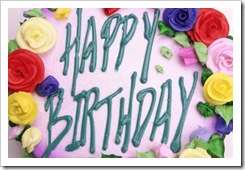 We talked about it a bit, and she said she would not enjoy it. “Why would you want a bunch of silly teens here in our house?”, she said to us.

At night, when Gal and I talked about it on our way to bed, we wondered if this was just a stage of being a teenager. We knew she was not going through the same teen life we had gone through 24 years earlier but thought that maybe it was normal, like feeling embarrassed to dress up on Halloween or Purim.

On Eden’s 18th birthday, when we suggested to have her party a month after the funeral, she was not in the mood at all and we gave up.

Weeks before the 19th birthday, we started the discussions again. She said, “Mom, I’m not going to enjoy this”, and Gal and I felt something was really wrong. Eden had many friends, some of them great friends, and she really loved hanging out with them.

This time, we decided not to give up and get to the bottom of it.

“Why do you think you won’t enjoy your party?” we asked.

“They’ll do nothing but drink”, she said.

“What about sitting around and having a chat?”

“Do they drink the whole party?”

“Where do they get so many drinks?”

“Everyone brings their own bottles”.

“They think they do, but I don’t”, she said, “Some of them drive home afterwards, others are a bit more responsible and ask a sober person to take them home or they take a taxi, but they act and talk silly most of the time”.

“How many sober people are in the party?” 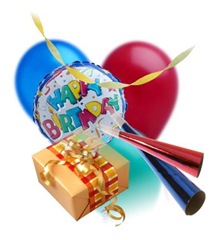 “2-3 people and we sit and talk about how stupid the rest of them are”.

“What if they couldn’t bring drinks?”

For a whole month, we talked about it. Eden said it would be a sad party because her friends knew she did not drink and they would not come and if they did, they would bring drinks and act stupid and she would be upset on her birthday.

“There must be a way,” we said, “There is always a way” (when your parents are life coaches, you hear this expression a lot).

Let me tell you how this felt.

All the things that parents in my parenting workshops complain about, we did not do. Eden was a great girl. She was smart, friendly, happy, sensitive and responsible, but she could not enjoy her birthday party because she was different!

We felt so sad for her and maybe we felt sad for us.

Two weeks before Eden’s birthday, we had another family over for lunch. The mother, an inspiring woman, told us about her own experience as a young woman, working at a place with many people who used all their money to hang around the pub and drink.

She said she could not relate to them and felt socially isolated. In that conversation, she told our daughter not to give up and to have the party anyway. “They will come if you have something fun to do, and they can have fun without the drinks. They’ve just forgotten it was possible to have fun without drinking, and your teen party can be a great reminder”.

We were so happy she said that. We did not grow up in such a place. We lived in a different country and had a different lifestyle. We never had drinks in our parties. For us, the whole discussion was theoretical.

The party day came. Eden had invited 30 people and 20 of them said they would come. She told them she did not drink but they could bring their own drinks if they wanted.

Eden invited everyone for 7pm and at about 5:30pm, the first one appeared. In the end, 20 of Eden’s friends came and only one couple brought a small bottle of alcohol and drank it together. They were out on the balcony playing Twister, listening to music and talking.

From time to time, some of her friends came to the kitchen to talk to us. No one asked about drinks and they spent their time laughing, playing Twister and throwing popcorn into one another’s mouth.

Whey most of the friends left, the last guests helped clean up (what?!). Later, as we finished cleaning the balcony, Eden was so excited and happy. She hugged and kissed us happily and said, “Thank you for insisting. I had a great time and everyone said they had a great time too. I’m happy I had this party”.

Weeks later, she was still excited and happy and thanked us again every day. We think next year is going to be easier… 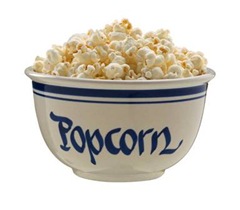 So let me tell you: it was not a phase teens go through, but the fear of being true to yourself when everyone else is doing something different. It starts during the teen years and grows with us into adulthood. Poor teens, they have to do something that many grown ups cannot do.

The fears will always be there. They will appear in every stage of our life. We will face them every day.

If you want strong teens, remind them not to compromise on what is important to them. Being true to themselves is the greatest skill we can give them. No, they do not have to do what the rest of their friends do just to feel accepted. Help them find a way to experience successes at being special and true to their values.

And no, they don’t have to drink at parties. It is always better for them to throw popcorn at one another’s mouth and squirt everyone else with water pistols…

For a great teen resource on how to be true to yourself, give your teen my book Be Special, Be Yourself for Teenagers as a birthday present.

Should You Open Presents in Public?

This week, my daughter Noff came from a get-together with some of her friends. One of the friends she met had known her since primary school and had come to every one of her birthday parties, which we throw every year. She told Noff she appreciated that we never opened…