In the first chapter of the series, I wrote some facts about the gaming industry and some research regarding video games and violence. Here is a list of real life killings and acts of violence inspired by video games. You may even recognize some of them. 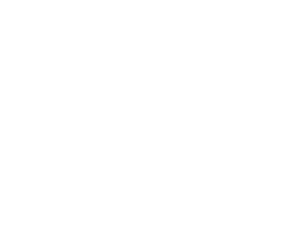 April 20, 1999: 18-year-old Eric Harris and 17-year-old Dylan Klebold killed 12 students and a teacher in the Columbine High School massacre. The two were allegedly obsessed with the video game Doom.

1 April 2000: 16-year-old Spanish teenager José Rabadán Pardo murdered his father, his mother and his sister as an “avenging mission” given to him by the main character of the video game Final Fantasy.

20 November 2001: 21-year-old American Shawn Woolley committed suicide after what his mother claimed was an addiction to EverQuest.

February 2003: 16-year-old American Dustin Lynch was charged with aggravated murder and used an insanity defense that he was “obsessed” with Grand Theft Auto III.

25 June, 2003: Two American step brothers, Joshua and William Buckner, aged 14 and 16, used a rifle to fire at vehicles on a highway, killing a 45-year-old man and wounding a 19-year-old woman. The two shooters told investigators they had been inspired by Grand Theft Auto III.

October 2004: A 41-year-old Chinese man named Qiu Chengwei stabbed 26-year-old Zhu Caoyuan to death over a dispute regarding the sale of a virtual weapon the two had jointly won in the game The Legend of Mir 3.

27 December, 2004: 13-year-old Xiao Yi committed suicide by jumping from a twenty-four story building in Tianjin, China. According to his suicide notes, he hoped to be “reunited” with his fellow Warcraft III gamers in the afterlife. Prior to his death, he had spent 36 consecutive hours playing the video game. 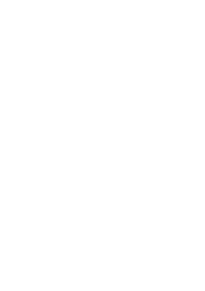 June 2007: 22-year-old Alejandro Garcia from Texas shot and killed his cousin after arguing over whose turn it was to play the game “Scarface: The World Is Yours”. He pleaded guilty for murder at his trial on April 6, 2011, and will serve 15 to 30 years in prison.

September 2007: In Ohio, 16-year-old Daniel Petric snuck out of the window of his room to buy the game Halo 3 against the orders of his father. His parents eventually banned him from the game after he spent up to 18 hours a day with it, and secured it in a lockbox in a closet, where the father also kept a 9mm handgun. In October 2007, Daniel used his father’s key to open the lockbox and remove the gun and the game. He then entered the living room of his house and shot both of them in the head, killing his mother and wounding his father. Petric was sentenced to life in prison without parole. The judge said, “I firmly believe that Daniel Petric had no idea at the time he hatched this plot that if he killed his parents they would be dead forever”.

December 2007: 17-year-old Lamar Roberts and 16-year-old Heather Trujillo were accused of beating a 7-year-old girl to death. They are said to have been imitating the moves taken from the game “Mortal Kombat”.

December 2007: A Russian man was beaten to death. The man was killed when his rival in a video game challenged him to a real-life fight.

June 2008: Four teens obsessed with Grand Theft Auto IV went on a crime spree. They robbed a man, knocking his teeth out, stopped a woman and stole her car and her cigarettes.

2 August, 2008: Polwat Chinno, a 19-year-old Thai teenager, stabbed a Bangkok taxi driver to death during an attempt to steal the driver’s cab in order to obtain money to buy a copy of Grand Theft Auto IV.

January 2010: Gary Alcock punched, slapped and pinched his partner’s 15-month-old daughter in the 3 weeks leading up to her death before he delivered a fatal blow to the stomach, which tore her internal organs, because she interrupted him from playing his Xbox.

May 2010: French gamer Julien Barreaux located and stabbed a fellow player who had stabbed Barreaux in the game Counter-Strike.

October 2010: 22-year old Florida mother Alexandra Tobias killed her baby because he would not stop crying while she was playing FarmVille. 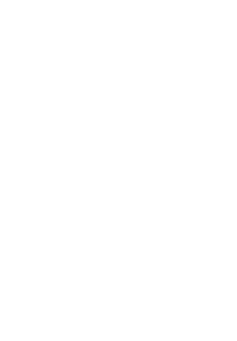 29 November, 2010: In South Philadelphia, Pennsylvania, 16-year-old Kendall Anderson bludgeoned his mother to death in her sleep with a claw hammer after she took away his PlayStation.

9 April, 2011: 24-year-old Tristan van der Vlis opened fire in a shopping mall, releasing more than a hundred bullets with a semi-automatic rifle and a handgun, killing 6 people and wounding 17 others, then killed himself. He was inspired by a video game known as Airport Massacre, where the player can choose (or not choose) to partake in the killing of a large group of innocent people inside an airport terminal.

I hope this gives you an insight into how easy it is to reach a point where reality and the virtual world are mixed in such a way that it clutters the thinking. Although I do not believe every child who plays video games becomes a violent criminal, I do believe that it changes attitude and adds fuel to our stressful life and that instead of finding ways to calm and sorting out problems, both children and grownups are learning to increase their heart rate and numb themselves to problems and difficulties.

Join me next week to learn a bit about the role of parents and what we can do to minimize the dangers of video game violence (because we cannot fight violence…).

This post is part of the series Video Game Violence: