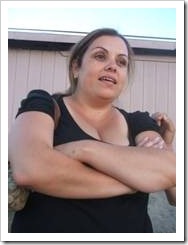 As a parent, you must have found yourself facing a stubborn child who will just not do what you ask of them.

If that is not enough, your partner may suddenly have strange notions of what should be done and how it should be done with money, around the house, in the yard or on vacation. You find yourself wondering if they have “lost the plot” and if you are the only person who can see things clearly.

These sorts of clashes can be very unpleasant and distressing. They also have the nasty habit of escalating to scary proportions very quickly. Whatever you do to make the other side “get it already”, they grow more persistent, until both sides start throwing hurtful comments, calling each other names and absolutely fuming.

Well, I am here to offer another way of looking at things, which is likely to help. But first, a couple of stories.

Last week, Ronit and I watched a movie called The Experiment. It is loosely based on Stanford University’s prison experiment, but instead of students, a group of adults who really need money are promised $1,000 a day for a “perfectly safe” 14-day experiment. They are taken to an isolated warehouse (the real experiment was in a campus basement), where they are divided into Guards and Prisoners. The guards are given simple rules and told to respond “commensurately”, which means “in proportion to the offense”, and never to use violence. In the “guard” room, there is a red light that will come on if the experiment has to be terminated.

Travis, one of the characters in the film, is a carer for the elderly and a pacifist, who has just lost his job and wants the money to travel to India with his new girlfriend. He is “the good guy” and throughout the movie, he consistently tries to “do the right thing”. 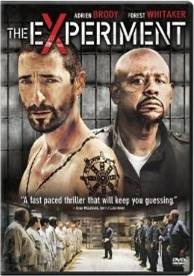 Another main character is Barris, a 42-year-old loser who lives with his abusive mother. Almost from the first moment of becoming a guard, this man gradually transforms into a power-hungry beast that enjoys humiliating the “prisoners” and we ended up hating him with a passion.

But when looking at The Experiment as an allegory for a part of our life, there is a powerful lesson to be learned from it.

Everybody goes into the experiment with different motives and their roles cause them to take very different positions. One man, Benjy, hides his diabetes from the researchers and enters the experiment knowing full well he cannot bring anything, including insulin, with him and will have to suffer for 2 weeks. He does it to “toughen up”. Yet, when Travis sees his condition, he pleads with the “guards” to sneak his insulin from Benjy’s bag or call the researchers and get him to a hospital.

Taking either course of action will cause the experiment to end and everyone to go home empty handed (or so they believe). So the guards, led by Barris, maintain the position that Benjy knew what he was doing and the researchers will stop the experiment if he is ever in any danger. “See the red light? It’s off”, they keep saying.

But that does not stop Travis from being “the good guy” and “doing the right thing”. Neither does his conversation with his cell-mate who actually has real prison experience and advises him to follow the rules and be quiet. He keeps going even when Benjy tells him he prefers to stay. Step by step, Travis makes his points and Barris responds with increasing brutality, causing him pain and humiliation, but also hurting the other “prisoners”, until they find a way to take over the prison.

When the red light comes on and the doors open (way too late), the participants are picked up by a bus and given $14,000 each, although the experiment only lasted 6 days.

And the lesson I learned is this:

If you insist long enough on doing the right thing and ignoring other people’s opinions, you will find yourself in a bad situation so fast your head will spin. What you believe is based on your life experience, but it is NOT the only option. Your personal opinion is not a universal rule, no matter how well you justify it to yourself, and someone who does not share it is not evil, just different

In one of the lawyer programs on TV, I think it was The Good Wife, there is a fierce woman judge who makes all the lawyers say “In my opinion” when their statements are not facts or direct quotes of the law. Every lawyer that appears before her for the first time resents this requirement and makes a few attempts to dodge it, but the judge just says, “In your opinion” and waits for them to confirm.

Eventually, the lawyers get the hang of it and finish every little speech with, “In … my … opinion”.

And it is, really, just their opinion.

How to never fight with your kids ever again 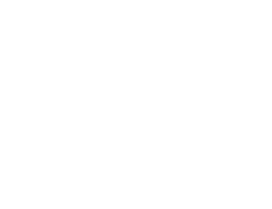 OK, so maybe this is not a total solution, but try it anyway, because it will help.

Whenever you hear yourself saying any of the following, stop:

Many parents fight with their kids about money and what to do with it, about keeping the house and their room clean and tidy and about how they spend their time. They present the need to save money as an obvious and indisputable requirement, cleanliness and tidiness as obvious and indisputable necessities and high grades, further studies and stable employment as the best path in life. Their kids disagree.

So who is right?

Well, spending money is a matter of priority. Even when money runs out temporarily, there are still options, but mostly, the question is what is more important and the answer is a matter of opinion.

Keeping the house neat and tidy has levels. Time management is also a matter of priority and often, keeping things clean enough leaves time for other beneficial things. Also, people with different communication styles see order very differently. So what needs doing around the house is a matter of opinion. 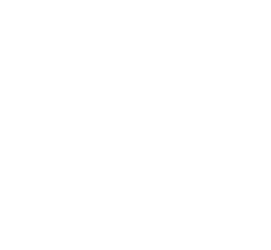 Getting a stable job has made many a grownup absolutely miserable, after years of handing in assignments on time, getting good grades and following various instructions and rules. On the other hand, ask David Beckham how much math he needs to count the money he makes playing soccer. Here too, communication styles matter a lot in choosing our path in life and academics are not for everybody.

OK, so now that you have stopped, rephrase your message and say, “In my opinion…” (or “I think” or “Seems to me” or whatever your prefer, but you get it).

And while you are doing this, ask yourself this most important question:

What is the worst thing that can happen if I let go of this opinion?

In most cases, you will begin to see that focusing on your own opinion has made you blind to others ways of doing things, other colors, other arrangements and other courses of action that may actually be better, especially if you take into consideration the other person.