Here are 10 more kinds of difficult people. Like in my previous post, I recommend finding people that match the description and checking if you have any of these behaviors.

With every type listed below, write a name of one or two people that you know who are difficult for you that way. First, ask yourself, “Am I difficult that way?” and then move to other people you know. Try to find at least one person of each type before moving to the next difficulty.

These are people that constantly tell you about their achievements and successes, their wisdom and their abilities. When you are next to them, they tell you the same victory stories over and over again, as if they are trying to convince you they are great.

Being around a show off increase our feeling of inadequacy. I had a friend that told everyone about how much she spent on every item she bought and how expensive it was, saying, “I bought this dress for $700. Wow, it was so expensive”. At first, I was happy for her, but after a while, I could not stop thinking I could buy more than 7 dresses for the same price. I think I was exhausted, because it was hard for me to manage my feelings of jealousy. 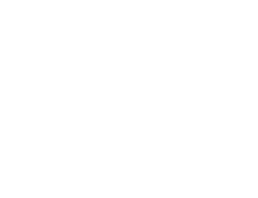 Nothing seems to stick to these. They seem like they do not have an attachment to anyone or any particular agenda. You cannot fight with them, but you cannot get close to them either. They always keep their distance and only the few people closest to them know who they really are.

From the outside, they seem like they are everyone’s friends, yet no one really knows them. They seem like they do not have problems, desires or heartaches and this seems unreal. It is very hard to connect with a “Teflon-coated” person.

These people are afraid to express themselves and prefer to observe others rather than participate. They do not function well when they meet new people. Usually, those who are close to them manage them well, because they only tend to be shy around new people. So shy people are only a problem in a new setting, when you need them to step up and express themselves.

These people behave like they prefer to be in space, dreaming and are not aware of what happens around them. They do not remember what you ask them, they do not pay attention to things and, much like shy people, prefer not to engage with others but to be on their own. It is problematic when they are kids and they need to pay attention or when they are in a relationship and their partner feels rejected because of their desire to be on their own.

These people think that every conversation, communication and social interaction is an opportunity to win. They always try to do things faster or better than others do and they do not cooperate, even when that hurts their relationships.

Another form of competition is being sneaky and always setting traps for others in a subtle way that is hard to recognize. Being around a competitive person does not allow you to be yourself or be natural in your reactions and that is very tiring, so people try to avoid being around people who are competitive.

These people cause problems to others or get themselves in trouble constantly. They are in trouble at school, with friends, with teachers and with various authorities. They are not aware of the toll their actions puts on others. They get into trouble with authority and keep escalating it. Around them, you always feel you need to fix the damage they have done, so most people try to avoid troublemakers and are very concerned and upset when they must associate with them. 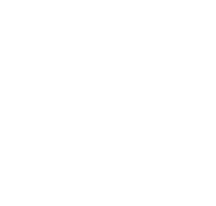 These people talk about others behind their back. They use information as a weapon against others. They usually use it in a bad way and talk badly about others when they are not present. Gossips create disharmony and conflict where it would not be otherwise. They like adding information they hold to stir up a gathering and bring others into the “who knows the most” game. They will tell people what others have said about them and they will add some of their own stories to make things “juicier”. People do not like hanging around gossips, because they know that if they gossip about one person today, tomorrow they may gossip about them too.

You never know what these people think. They are unclear about what they think or feel and keep their options open to shift their position due to pressure. When you talk to them one day, they say one thing, and when you talk to them another day, they say something totally different, so you constantly feel confused around them. People feel uncomfortable around two-faced or vague people. When you finish a conversation with them, you are not sure you know what they have said or where they stand, which makes it impossible to rely on them.

These people will do anything to be different and special, even if it means doing it in a bad way. They will show off, talk badly about others or put others down in order to stick out. The special ones cannot build rapport with others. Since rapport means finding some common ground to connect with other people, the special ones consider this a threat to their uniqueness. When you hang around a “special one” for a long time, you feel you have nothing in common. People often stop talking about themselves around “special ones” to stop their self-centered talk, but it does not help them.

These people are a mixture of many difficulties. They totally depend on others and need others to affirm all of their actions, thoughts and even feelings. They constantly ask you to tell them they are loved, kind, smart, talented or capable. They use others to encourage them and support them.

Approval seekers are very needy. Around them, you have to be strong and encouraging at all times, to put aside your own life and if you do not approve of something, they increase the demand for it. It is very difficult to be strong and encouraging all the time, put your own needs aside for too long and be approving of everything they do, so people give up on them with resentment.

Join me next time to explain what difficult people are not.

Have a great day,
Ronit

This post is part of the series How to Manage Difficult People: