There are many types of difficult people. Some of them are similar and all of them try to overcome some kind of fear or use their behavior as a mechanism to fulfill a need.

The first step in managing difficult people is to recognize the type of difficulty, whether it is within yourself or others.

With every type listed below, write a name of one or two people that you know who are difficult for you that way. First, ask yourself, “Am I difficult that way?” and then move to other people you know. Try to find at least one person of each type before moving to the next difficulty.

People that do things to be seen by others and to be in the spotlight. Their desire to be front and center and receive recognition may cause others to feel embarrassed and try to avoid their company.

People who like to be perceived as knowledgeable in a specific area. Whenever there is a discussion about the topic of their expertise, they expect others to consult with them only and if others dare to ask someone else, the expert feels insulted. People do not like being around experts, because they push their expertise rather than being kind about it.

People who make jokes all the time. They are never serious, even when it is required or commonly expected. They think everything is funny and when you tell them things that are dear to you and they make fun of it too, you tend to avoid telling them important things. It is hard to get support from a joker and people worry that they will be mocked when they reveal their inner fears and thoughts, so they just do not expect a joker to help them.

An extreme version of a joker is the sarcastic person, who is a critic in disguise. He is constantly judging others, but hides his judgment in the form of a funny statement. Sarcasm is a form of violence and people do all they can to avoid being bullied by a sarcastic person. 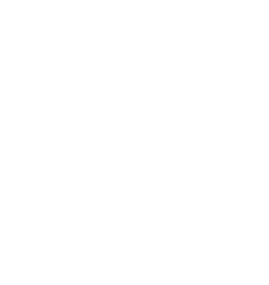 People who are very self-centered. They are convinced the world revolves around them and they take every opportunity to say what they think and to divert conversations to suit their purpose. They do not know how to give a credit to others and take over every meeting or discussion. If you ask them a question, you risk them taking hours to reply and leaving no space for others to participate.

Hijackers do not respect other people’s agenda and do not understand the concept of “the right time” to do or say things. Their timing is awkward and to others, it seems like hijackers cannot read social cues and do not have social skills.

Negative people. They see faults everywhere, they complain a lot and instead of focusing on what works, what is good or what they can be grateful for, they talk about the bad things so much, it is hard to see the light around them. Party poopers are hard work and major energy consumers, so people try to avoid being around them so they can have some fun in life.

People that always position themselves as the opposite of what others say. They do not say it because this is what they believe in. They say it because they like they see it as a game. It is very exhausting to be around such a person, because you constantly need to prove your point and justify your thoughts, while in constant argument and conflict. A devil’s advocate uses various methods to play this “game”, including making the other person look bad, dishonest and insecure, putting them down, being sarcastic and being insensitive to other’s need.

Those who agree with everything and always get into trouble when there is a disagreement between parties and they have to choose sides or be honest about what they think or believe. Around puppies, you never know where you stand. When they agree with you, you never know if their agreement is genuine or not. They are subject to pressure and when you communicate with them, you always need to consider who is putting more pressure on them. If you let go, the pressure they have on them does not disappear.

People with an old and conservative mindset. They talk about the past with longing. They try to live in the past and put a lot of effort into trying to convince others that what happened in the past was better. It is hard to talk around them about new ideas, about progress and about moving forward.

People who are in a state of war at all times. They are very defensive. They suspect everyone around them for trying to harm them, so they constantly have their shields up and attack. Everything around them seems like a threat and they try to defend themselves by being hostile and sending messages of “Don’t mess up with me”. Around hostile people, you are constantly careful not to say the wrong word, as if you are walking on eggshells.

Being around these people feels like being pricked by needles. They follow rules religiously and are very busy with every little mistake others make. They correct other’s spelling and speech and they use long explanations and long analyses that exhaust others. They use their ability to pay attention to details to gain advantage in their communication, but they usually miss the real point by paying attention to what is not important in the conversation. With nitpickers, you never wins and people do not like losing constantly, so they quickly give up on them.

Join me next time for 10 more types of difficult people.

Have an easy day,
Ronit

This post is part of the series How to Manage Difficult People: