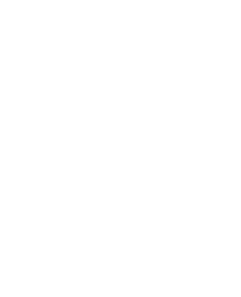 Teachers and educators (myself included) believe in the power of our vision to make a difference in the lives of students. We think that if we start early, we will guarantee their success in the future. The risky part in education is reducing our evaluation methods to using statistics and making false assumptions about what is normal and what is not.

The official introduction of those assumptions occurred in 1904, when the psychologist Alfred Binet was asked by the French government to develop a test that would identify students with learning difficulties that required special help at school. The original request meant to cater better for students who needed help, but it gave birth to the test that later distorted education systems everywhere – the IQ Test.

The “Crystal Ball” of the Education System

Based on the IQ test, students were positioned in a single, permanent place on the famous “bell curve” and that determined their potential for life. Shortly after its creation, the IQ test turned into the “crystal ball” of the education system. Children took the test and their future was decided. The IQ test took over the education system. Instead of being a helping teachers teach and helping students learn, it turned into an evaluation system that focused on formal scores and taught kids to pass tests.

Binet never thought his test would result in reducing education to a chase after academic achievements. Suddenly, the users of his test created a concept of “normality” that was very risky. Every child, regardless of age, who did not process information exactly the same way as the majority did, was thrown to the fringes of the bell curve and uniqueness became a negative concept, a contradiction to what was “normal”.

Binet was shocked by that application of his test and protested its use, saying that intelligence could not be described as a single score and that the use of the Intelligence Quotient (IQ) as a definite statement of a child’s intellectual capability would be a serious mistake. Binet was worried that the use of his test would label children negatively and would affect their education and livelihood. He led a campaign to fight the misuse of his own test, saying, “Some recent thinkers [have affirmed] that an individual’s intelligence is a fixed quantity, a quantity that cannot be increased. We must protest and react against this brutal pessimism. We must try to demonstrate that it is founded on nothing”. Unfortunately, Binet’s test was more widely accepted than his objection and his fears turned out to be the reality of millions of children around the world who were misdiagnosed as “not normal”.

The double-edged sword of the early years

For years, children in the early years were protected from that fortune-telling test. There was not much expectation of them to perform academically and the definition of “normal” was more fluid. While the rest of the education world worshiped the IQ tests and the limited definition of being normal, children in the early years were allowed to play more. While schoolteachers used evaluations and assessments as key tools, younger children’s inability to read or write worked to their advantage and they were spared from being put behind the bars of academic scorecards. Parents and teachers allowed young kids to take the time to learn and play and generally avoided labeling.

However, this caution worked as a double-edged sword for children in early childhood. By avoiding labels, teachers and parents allowed minor challenges to grow into learning difficulties and left special skills undeveloped. A small and easy to fix physical or emotional difficulty that could have been easily eliminated in the early years was ignored with “He/she will grow out of it” and excellence, creativity and talent were pushed aside, creating the “Tall Poppy syndrome”. 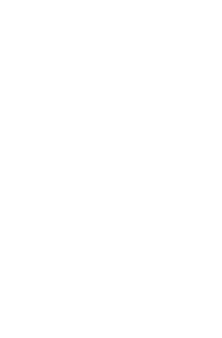 The brutal trend that Binet protested against increased its popularity without much interruption over the course of 80 years, until Howard Gardner brought to the world the theory of Multiple Intelligences in his book “Frames of Mind” in 1985. Using Gardner’s assessment, students who were diagnosed very low on the IQ scale suddenly had hope.

Based on Gardner’s theory, intellectual ability is just one aspect out of seven types of intelligence. Two of them, Literacy and Numeracy, are in strong focus today, three of them are artistic and two are emotional.

While the IQ test created expectations of breeding students who excel in a single dimension, the multiple-intelligence model allowed excellence in other areas and students with high artistic, physical, social or emotional abilities could leave the fringes of the IQ scale and gain the recognition, increased confidence and self-esteem they deserved.

30 years later, the Multiple Intelligences paradigm has not reached center stage yet. Literacy and Numeracy still reign supreme in most schools. However, the education system is gradually taking into consideration children’s personality, talents and preferences more.

Unfortunately, this new trend skipped the early years, which lost its advantage of being protected from the application of the IQ test and the extreme focus on being normal and fitting in with the traditional performance scale. Early-years education did not utilize its excellent structure, superior child-teacher ratio, extensive playtime, working with kids in the first five years of their life, more individual work and flexibility in teaching methods. 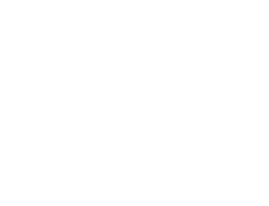 Creating an inclusive definition of intelligence is extremely important in the war against the misdiagnosis of difficulties and labeling in the early years as it starts a vicious cycle of self-fulfilling prophecy, low self-esteem and low confidence, which affect children’s life negatively and are extremely hard to overcome.

As educators, we can change the lives of all our students and make a difference by focusing on the full half of the glass. We should join Binet in his protest against the boundaries put on the concept of normality. We should bravely break the chains of raising “average” students and find the balance between negatively labeling and supporting students. We can help manage challenges and difficulties by appreciating individuality, strength and talent and by allowing children to enjoy their lifelong learning adventure.