Two weeks ago, I wrote a post about the things that cause parents to have a bad relationship with your teens. This post contains more of those things. If you have teen kids and want to have good relationships with them, read what they think and get some ideas to do things differently.

Remember, you do not want your teens to think of you as “just another parent” and that “all parents are just the same”. Therefore, you need to be different.

Step #5 to losing your teens – Labeling

Kids hate it when parents label them. “You are inconsiderate”, “You are lazy”, “You are irresponsible”, “You are childish” – these phrases can instill thoughts of incompetence in your teens. When you talk to teens, they say, “My parents think I am lazy”.

It is sad, but teens think that if you say, “you are”, you are referring to their identity and there is nothing they can do to change it (I know many grown ups who think the same).

“You are” statements are identity-level statements. Try to use them when you say good things about your teens and see how they become true in no time.

Step #6 to losing your teens – Bringing up the past 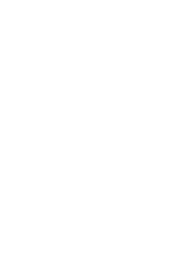 Many parents, when they feel insecure in a conflict, use the past as proof for being right. Teens complain that parents never bring similar proof when their teens do things they like and that make them happy.

When you feel you need to bring proof from the day in kindergarten when your teen did something you were not happy about, stop yourself and concentrate on what you want.

Ask yourself, “What do I want?” and express that.

When your teen talks about the past, say, “I am not the same parent I was 10 years ago” or “This is the first time I have had a 16-year-old”.

I remember my dad doing this a lot. Everything I asked for, the immediate answer was “no”. He said no to sleepovers, no to shopping and no to going out. I sure thought he was just like another parent.

Parents who say “no” just to prove they have the power are actually bullies and kids are sensitive to bullying, whether it happens at school, in the playground or at home.

Relationship between parents and teens is not a war. If you do not want to fall in this trap, take some time to reconsider your answer before you say “no”.

Step #8 to losing your teens – Distrust

Teens are very frustrated when they feel they are not trusted. When parents check on them, ground them or seem suspicious about their actions, this starts a cycle of fulfilling the prophecy that will end in heartache and pain. Teens who are not trusted, behave in a way that cannot be trusted and later on, become suspicious parents.

Trust is a big thing for parents and it is the same for teens. Parents think that trust is hard to build and teens think that one mistake is enough to destroy all their effort. Some parents put layers of obstacles before they allow themselves to trust their teens and by that create a shield that teens cannot go through. Teens interpret this as “he is never going to trust me” or “There is nothing I can do that will make them trust me, and if there is not chance, why bother?” 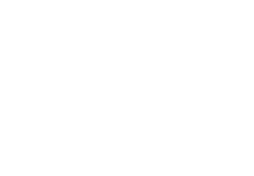 If you want to have a good relationship with your teens, you need to know them. Understanding their mindset and what turns them on and off is an important key to good communication.

Imagine that your mindset is a language. Parents speak Portuguese and teens speak Russian. When you talk with your teens, you need to understand the culture of their language. This is the ABC of good communication.

If you want to know more about the way teens think, read the book “Be Special, Be Yourself for Teenagers” – 8 short stories for parents and teens about relationships, fears, needs, challenges and triumphs.

Until next time, be happy in life,
Ronit