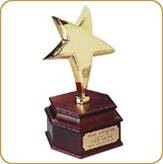 In the last chapter of How to Praise Your Kids, I described studies claiming that over-praising can result in the development of competitive kids. I am sure it is all very disturbing for parents growing up in our “reward and praise era” to discover we may in be doing more damage than good to our kids when we tell them they are smart.

For over 24 years, I have been focusing on emotional strength and I believe this is the key to any type of success in life. I think rewarding kids for emotional stretches is the best way to praise them. As a special education teacher, working with kids who struggle and kids who are gifted, praising for effort was always one of my main tools. Remember, it is not the success that counts, but the emotional stretch. Although it may be a cliché, “Good try” has real power.

Unlike Prof. Dweck, I believe it is not the wording of the praise that creates this problem but the balance between telling your kids wonderful things about who they are and encouraging their efforts to be the best they can be. In other words, what matters most is your focus. To read my philosophy on motivating kids and many ideas, please read Motivating Kids. 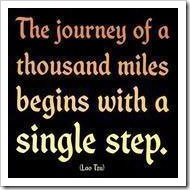 Research on emotional intelligence has found that persistence is a powerful ingredient in any success formula. So how do you teach persistence? My answer is “Reward every attempt and praise it, regardless of the outcome”. As I said, in special education, it is a major teaching tool and I have countless examples. Here is one from my own home that happened recently.

During the last school break, my 13-year-old son was chosen to participate in a special 4-day program for young musicians at the Griffith University Conservatorium. He was in a special choir with 76 other kids and learned many great things about singing. At the end of the first day of camp, after learning 5 new songs, the conductor told them she would be holding auditions for solo parts in each of the songs and encouraged everyone to participate. Singing is not Tsoof’s strongest talent (he is a percussionist and a composer), but he auditioned for two of the songs in his voice range. In the evening, he told us about the whole day and said many kids who had auditioned had voices much better than his. “I will know tomorrow if I was successful or not”, he said as he went to bed.

Gal and I told him, “You do not need to wait for tomorrow. To us, you have already succeeded”.

He looked up at us smiling, not sure what we meant, and I thought that was the most wonderful opportunity to tell him the story about the lottery ticket. 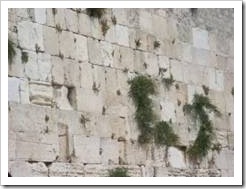 A religious Jew went every Friday to the Wailing Wall in Jerusalem and put a little note with a request from God. Every Friday for 30 years, he asked the same thing – “God, please let me win the lottery”. Every time, he wrote about all the wonderful things he would do if God let him win the Lottery, most of which was giving to charity and making the world a better place.

The angel who collects the notes from the wall became fond of the old “lottery man” and after so many years, decided to go and speak in his favor with God.

“God, This man is a very good man. He is a man of faith and only wants to do good. It breaks my heart to see him put note after note and not get his wish. Can you please let him win the lottery once?”

God smiled to the angel and said, “Sure, as soon as buys a ticket”.

As my son heard the story, he smiled. He knew that on the way to succeed, you must take action and “buy a ticket”. We knew that for him, auditioning had been hard, because he risked being turned down or being embarrassed, and we told him that regardless of what the conductor would say the next day, auditioning in spite of his fears had been his real success.

[He did get one of the solo parts and was very proud of himself, as were we]

Praising effort gives kids the message that stretching themselves and doing things that are hard for us is the real success in life. In my son’s case, the knowledge that even if he did not get a solo in the choir, we would still think he was successful probably helped him a lot and would have supported him in case he got nothing.

Although this incident turned out to be a successful one, because he is such a talented kid, he needs to face many potential failures. Just recently, he came back from an Australia-wide competition in Sydney and did not win any prize. He was terribly disappointed and felt even worse when everyone in the competition, including other adjudicators, students and teachers told him he should have won first prize in at least two of his performances.

It took him exactly one day to recover! As he came back to school the following day, he was fully motivated and energetic again. I believe that was partly because when he returned, we told him, “Getting a prize can be a matter of personal taste. What you have learned in the lead-up to the competition is what makes you a winner, not the prize that someone else gives you. Preparing yourself the best you could and performing the best you could makes you a winner”.

Through praising the process and appreciating the real rewards (of knowing something new, for example), it is easier for people, not just kids, to bounce back from a failure experience and try again and again and again… This is the way to develop persistence.

Believe it or not, the ability to continue, even if the outcome is not as expected, is a brain function that can be stimulated. 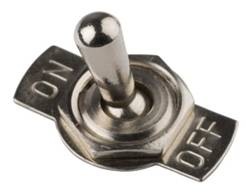 Dr. Robert Cloninger from Washington University in St. Louis discovered there is a “switch” in the brain that functions as an internal motivator. When the person does not receive an immediate reward, something kicks in and sends messages like “Don’t give up”, “Come on, try again”, “There is a dopamine (the brain chemical that gives us the feeling of satisfaction and reward) just around the corner”. When Cloninger checked people’s MRI, he discovered this switch functioned well in some people, but not in others.

You are probably asking yourself, “What about me? Do I have a working switch or not?”

Dr. Cloninger asked himself the same question. He trained rats to run a maze and increase their persistence by not rewarding them every time they reached the finish line. According to his research, the brain learns that frustration can be worked through. “A person who grows up getting rewards too frequently will not become persistent, because they will quit when the rewards disappear”, he claims.

The same works for praising. When praise focuses on the end result and is too frequent, kids become addicted to it and can no longer survive without it. It may sound funny, but praising only for end results and too frequently lowers kids’ ability to motivate themselves and makes them, well, quitters.

Praise is a form of a feedback, which can work to your advantage as a parent or backfire and prevent your kids from developing their built-in chemical reward switch that keeps them moving forward.

Sometimes, parents are so hooked on success themselves that, much like the “smart” kids, they consider cheating by helping their kids look better, get praise and win awards. Teachers can easily recognize this kind of parents when their kids bring a project to school that is so good their mom or dad must have done it all for them.

At every parenting workshop, I am asked about the difference between being pushy and encouraging. Every time, my answer is this: 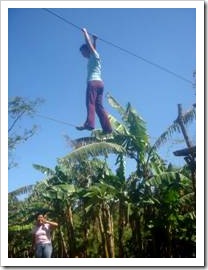 To raise successful kids, parents must find the balance between motivating their kids to do their best by praising effort and directing them towards new things through praising with a “hidden agenda”. As with anything else, when you overdo it, your kids will catch you and your cause is lost.

Congratulations on getting to the end of this series. Well done and good effort. I am sure you now have lots to discuss with your partner and maybe your friends. Remember, praising is a wonderful tool if you mix in the right ingredients: