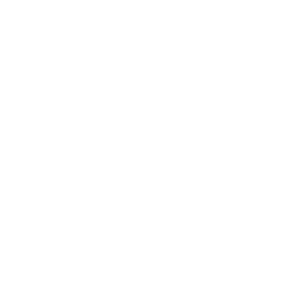 There are simple rules to know if you complain and could benefit from doing something about it:

The first thing you need to do is measure your starting point. Rate your level of complaining from 1 to 100. If you complain a lot or are frustrated a lot, give yourself a higher number. If you do not complain much, give yourself a lower number.

Often, we cannot see our own problems and we think we complain 25%, while others think we complain 50%. This is why it is a good idea to do this experiment with the help of family members and ask them to rate your complaints too. Keep a record of what they think of you. It will be good to compare with their opinion after you have made some changes.

In this method, you keep a written record of your thoughts and complaints and check how much of your communication with others expresses discomfort, displeasure, frustration, criticism, sarcasm or a desire to change someone or something. For most people, realizing they are in constant complaint mode is enough to trigger the desire to move forward. This technique requires self-discipline and brutal honesty that may be missing from the complainer’s tool kit. The results are great and life changing.

I learned that courage was not the absence of fear, but the triumph over it. The brave man is not he who does not feel afraid, but he who conquers that fear
– Nelson Mandela

The penalty technique requires you to tally your complaints in some way to give you a visual view of what your communication looks like. It is similar to a “swear jar”, where you pay a penalty for every time you swear.

The penalty technique works for some people, but not for others. It is very useful for young people who do not care about money yet and children who cannot count well yet. It is a very good method for those who are very unaware of their problem.

With this technique, you do not have to use money. You can use marbles, chewing gum, matches or anything that will show you visually how much you complain as it accumulates.

In some of my sessions, for those who are auditory and not visual, I use a bell. For an hour, I ring the bell every time they focus on something negative. This is very annoying, but after the 3rd or 4th time I ring the bell, they are so conscious about the way they speak that they already start to change. This version of the penalty technique can only be done by a professional. If a person you know would do that to you, you would be upset and angry with them, whereas I use it to teach a technique, so no one becomes aggressive. 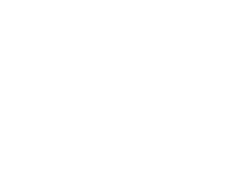 The good thing about this technique is that after one day of doing it, you start thinking twice before you say what you should not say. You then start to give yourself discounts – you know you were supposed to do snap the rubber band and you do not, but at least, you are aware of your negative thoughts. After a very short time, you stop complaining and keep the thoughts to yourself, because you know what would come next if you did not. The pain you cause yourself with the rubber band is very similar to the emotional pain you cause yourself when complaining.

The goal is to be free from complaints and frustration for 7 whole days. In the book “Complaint Free World”, the goal was 21 days, but I think that a full week will already do wonders.

If you complain, you start all over again until you reach one full week of bliss. No one can achieve this in 7 days unless they go to a deserted island, away from humans, but the goal is to reach 7 full days as quickly as possible. Make sure to celebrate at the end of every day, but when celebrating, be careful not to give others a list of complaints you have not expressed.

After reducing the level of your complaints for a while, you will notice that many things sort themselves out without you saying anything and that the urge to express yourself was like a small panic attack that was not needed to make you feel better.

Many of my clients complain that “they can’t say a word” (one more marble in the jar, please). I always say to them it is a sign they did not have the right words to use.

This is similar to going on a diet, when suddenly, you cannot eat gluten, but everything you love has gluten in it and you freak out and say, “OMG, I can’t eat anything!” Then, after thinking things through, you find that you can eat a new thing without gluten every day for 6 months without repeating the same meal. Communication is much the same. At first, you might think you are deprived of your self- expression, but after thinking things through, you will find that communication is a lot more than pointing out problems and telling yourself or others that something is wrong.

Make sure to stop once a week to “take stock” and compare against your starting point. Ask your family members to do the same. It is very encouraging when the people around you notice the changes you have made and can see that you are a happier person. 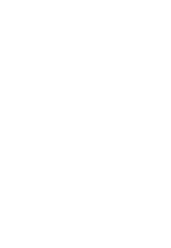 One of my clients did a great job freeing himself and his family from complaints. Surprisingly, his older daughter, with whom he had conflicts with, was the one that used every opportunity to tell him that he managed problems much better and that she was proud of him. He was very surprised to discover that this method was an easier way to bring his life closer to the way he wanted it to be than complaining.

Try this and you will find that the number of difficulties in life is as big as the number of your complaints and that in some strange way, complaining actually brings you more of what you do not want. In life, you get what you focus on, so focusing on what is wrong and trying to convince others to change are ways of telling yourself a story of misery over and over again until you start to believe in its validity.

It takes courage to be happy, but we all have that courage inside of us. We just need to let go of the unhappy person and welcome the amazing person we can be.

This post is part of the series Complaint-free Life: