Last week, during one of my workshop for “Together for Humanity“, one of the kids came to us in the break. She stood at the entrance of the community room, hesitating a bit. She was a beautiful looking girl, tall and dark, and looked like she had come from Africa.

“Can I ask you something?” she asked in a shy voice.

“Sure”, we said and asked her to come closer. You see, kids are often scolded for “disturbing” their teachers during breaks, while we felt strange she had even asked our permission.

“I wanted to ask your opinion about something”, she said, showing the most beautiful white smile.

“Go on, ask”, Ahmed encouraged her. Ahmed is one of the presenters for the organization. He is an Imam, which is like a Priest in Christianity and a Rabbi in Judaism, and he is an educator. When he was about one year old, Ahmed put his hand into a blender and the 3 middle fingers of his right hand had to be amputated. At every school we visit, kids ask him about his hand and he is very inspiring and tells them how he took his disability and turned it into an advantage and how he became an example for everyone around him. 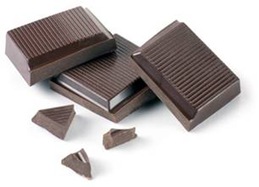 “I wanted to ask what you think I should do when kids tease me about my skin color?” the shy girl asked sadly.

Our hearts dropped. Yes, we knew racism existed. After all, this is why we were running workshops against discrimination and racism for “Together for Humanity”. But it always hurts to hear that kids feel helpless against it.

The girl sat with us for about half an hour while we were having our lunch and Peter, Ahmed and I gave her different tips to handle her situation.

One of us said, “If someone tells you you’re black, tell them you’re the same color as dark chocolate and that means you’re sweet”.

Another one said, “Would it offend you if someone said you were tall? Because you are tall, it is just a statement of fact, isn’t it?”

Another suggestion was to imagine those who bullied her, sitting on the toilet and (excuse the image) wiping their butt. At this, the girl’s face lit up and she laughed and laughed, saying she could just imagine her bullies in that position very well. 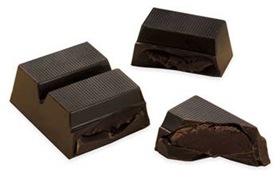 Ahmed told her again about his hand and how he used to hide it in his pocket until he made a choice, against all odds (and against people’s recommendation), to play Darbuka and other Arabic hand drums, which typically requires all the fingers.

Peter mentioned that the most influential person in the world (Barack Obama, who had just been elected to be the president of the United States) was black and explained to her about the pigment Melanin and how our skin color is determined.

And then we had a chance to talk about feeling hurt and angry at those bullies and about holding a grudge. I told the girl that bullies are hurt themselves and that is why they hurt other people who seem weaker.

Gradually, we could see our young visitor changing her posture and she started smiling.

Peter, who is a devout Christian, told her she should pray for the bullies, because people who say and do bad things to others are probably hurt themselves and they need someone to be on their side and pray for them.

Because we had talked in class about the importance of hugs for our emotional health, we suggested to the girl to tell the bullies they might need some hugs.

After half an hour, the girl left the community room smiling. We looked at each other and smiled too, feeling very fulfilled.

We came to that school hoping to make a difference in the perception of 100 kids. At that point, 2 hours into the day, for one child, we were convinced we already had.