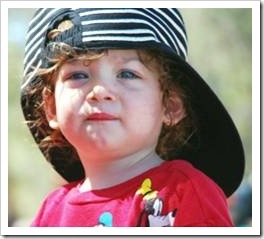 Last week, I ran 3 parenting workshops and there was one topic that came up over and over again – the truth about your kids. While I was describing research, education methods, philosophy and personal development techniques to raise happy and successful kids, some people were very concerned about telling kids the truth.

I find the concept of “the truth” very problematic and the seed of many difficulties in life. Every small problem in life just makes this seed grow poisonous roots of inadequacy, self-doubt and fear.

At the workshop, I talked about the importance of raising kids to think they are capable, talented, smart, friendly, flexible, courageous, wise, trustworthy, etc (the list can be adapted to each parent’s needs) so they will have good beliefs about themselves, their skills and their abilities. I always say that overcoming kids’ learning difficulties is easier than overcoming their belief that something is wrong with them and that therefore, it is parents’ job to make sure their kids have positive, empowered beliefs about themselves.

Is it good for the parents too?

Well, apparently, for some people it is not good. To them, the truth is more important.

Can you see the cycle? It is called a “self-fulfilling prophecy” and we are all trapped in it, regardless of how positive the prophecy is.

One “truth” advocate said, “How can you do that? What happens if she gets a ‘C’ on one of her exams after you tell her she’s so smart?”

“She never got a ‘C’, but when she got a ‘B’, I told her she was still very smart and she would probably do better next time”, I said.

You see, the definition of “smart”, for these “truth” people, is “You are smart if and only if you succeed in 100% of your assignments” and my definition is a just bit more loose. If a kid gets mostly good grades and occasionally has a bad day, I still think he’s smart and I still tell him he’s smart. 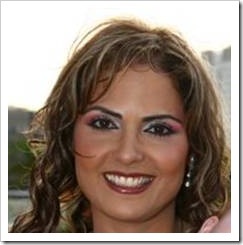 In one of the workshops, I said that I believe when kids think they are beautiful, they will grow up differently from kids who think they are not. Therefore, we tell my daughter Noff she is beautiful. We tell her that we gave her a name that means “beautiful view” because she is so beautiful.

One woman, let’s call her Janine – a most beautiful woman, I must say – asked, “But what about the truth?”

Everyone looked at her in shock. “What truth?” I asked her.

“You see, my sister was a very beautiful girl and my mom said to her that she was beautiful because she was. My mom said the truth was that I was not beautiful”, she said.

“Was that her opinion?” I asked.

“Well, she said that if a girl is not beautiful, it is not right to tell her she is, because this is not the truth, and when she goes out to the world, she will get hurt realizing she is not beautiful”, Janine said.

It was very strange hearing this from such a beautiful woman. It was hard for me to imagine she was ever “not beautiful”.

“Does it mean that there are beauty standards that kids must fulfill in order for us to say to them they are beautiful?” I asked.

One of the other parents said in anger, “I am entitled to my own standards of beauty”.

“My mom said that telling me I was beautiful was cheating, because I was not beautiful”, Janine said sadly.

I did say that lying to your kids was not a way to give them good beliefs, because they know you are not telling the truth, but I was not sure what was really going on in her mom’s mind. I think the notion of a single valid truth that existed only in her mom’s mind was more important than raising kids with good, healthy, happy and successful beliefs. I could sense that comparing the two sisters had created the standard and that the mother had thought she was protecting Janine from something.

I thought to myself that no one probably taught Janine’s mom that if she had nothing good to say, it was wiser to say nothing (have you noticed how hard I tried to say this sentence in a nice way?).

“Do you tell your kids they are beautiful?” I asked Janine.

“Yes, of course”, she said, “But it’s because they are beautiful”.

“Do your kids fit into your mother’s standards of beauty?” one of the other participants asked her.

“I think there was something wrong with your mom”, another participants said.

“You are so beautiful. How could she say to you that you are not?!” another person asked.

Janine stopped and smiled. I think she understood. There is no need to lie. Just find a time when you look at your kids with your heart and be honest. Tell them you like their hair, their eyes, their smile or their skin. Point out the good things and your focus will make them grow and more of them will appear.

I was very moved by the whole discussion and it made me think that not only kids needs to think they are beautiful. Grownups do, too.

Believe in your kids!
Ronit