I know a lot about stubborn kids, because I was famous for being stubborn as a child myself. Only later in life, when I studied education, I realized that people call their kids “stubborn” when they themselves do not give up and follow their kids’ instructions or rules. That made me think that

I learned this amazing thing from a young kid who was about 2 years old at the time (he is 22 years old now). Let me tell you, learning it from a kid is much more humiliating than learning it from other adults, so I hope you will be able to learn it from reading this if you do not want to have to suffer the humiliation of “losing to a rug”.

Losing to a rug 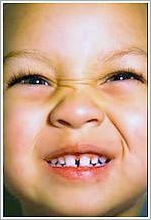 In the animated movie “Aladdin”, the Genie (Robin Williams) is playing Chess with the Flying Carpet and says, “I can’t believe it. I’m losing to a rug”. Our family uses this expression whenever we are overcome by someone we should have beaten easily, like a small child.

Ronit: “Tom, we do it every day and you have been playing with these toys, so it is fair that you pick them up”.

Ronit: “Tom, sweetie, you know these are the rules here. We play and then we pick up”.

Tom (getting a bit angry): “I will not pick up the toys”.

Ronit (thinking to myself, “God, he’s just 2 years old and already so stubborn”): “In that case, I will just stay here with you while the other kids play outside until you pick up the toys”.

Tom (picking up volume and pitch): “I will not pick up the toys”.

Ronit: “Tom, you WILL pick up the toys”.

Tom (crossing his arms and screaming): “I WILL NOT PICK UP THE TOYS”.

He was so stubborn, it was totally annoying. 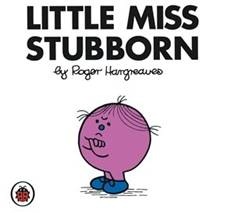 I tried telling him he would have to stay even if his mother came to pick him up, but he just kept screaming over and over again, “I will not pick up the toys”. Those 10 minutes seemed like forever. I was fighting with a 2-year-old and he was winning!

I looked at him and said, “You know what? That’s fine, you don’t have to pick up the toys, just take those game pieces over there and put them in the box”, and I pointed at … the toys.

He picked up the pieces of the game he had played with in a joyous way, put them in the box and ran outside to play in the playground.

Oh, how I loved that kid! I still do!