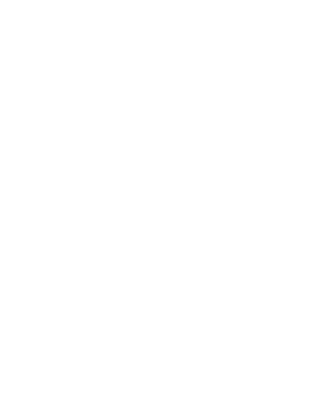 From time to time, I hear or read about parents who shame their kids in public as a way to “teach them a lesson”. I think Shaming kids is a very bad idea.

Shame and guilt are disabled twins

Shame is one of the most debilitating feelings. It can make people, young and old do horrible things. Many grownups I work with are trying to overcome a combination of guilt and shame which is impacting their lives. These feelings are born in childhood, when parents use this combination as an incentive, thinking, “If I shame you enough, you will feel guilty and the guilt and shame will prevent you from doing it next time”.

I grew up in a family where shaming kids and using guilt were major tools in the parenting toolbox. If parenting methods are tools, my parents used a hammer. Yet my parents grew up with parents of their own who used the same “hammer”. My parents thought that if they didn’t hit it as hard as their parents did, that would make them better parents. Their attitude was, “I am better than my parents because I hit you less”.

As a child, when a hammer hits your head (metaphorically speaking), knowing that your parents were hit harder does not make your pain go away. Telling me how much shame and guilt my parents felt growing up did nothing to ease my pain either.

As a child, I was ashamed of my grades. My parents thought that shaming me would make me want to do better at school, but rather than working harder, I diverted all my energy away from learning and succeeding towards hating them for it.

Shaming kids is a form of bullying

Shaming kids is an act of bullying. Bullying is picking on someone else’s weakness. This is what parents are doing by shaming children. They pick on their kids’ greatest weaknesses (e.g. the fear of being ridiculed, or the fear of being disrespected).

Bullies are people who feel weak for some reason and they pick on someone else’s weakness in the hope of gaining power. They pick on those who are weaker than them to boost their own confidence.

The fear of being shamed and ridiculed is a basic feeling for humans. For kids, the desire to be accepted and appreciated by others, especially their parents, is a basic need and a very high priority. The more they want love and acceptance from others, the more powerful the shaming is.

What parents don’t understand is that shaming kids changes the focus from the issue (i.e. what the child has done) to the abuser. If your child is doing something wrong and you shame them, you are using social pressure to “force” them to behave differently.

The problem with this is that this “social pressure” changes direction. The social group you are using to “shame” your kid will change their focus from thinking about how badly your child behaved to, “Oh my! No wonder this kid did what they did if they have such an abusive parent”.

Watch this video of a dad’s use of shame. He was upset over a Facebook page his daughter wrote about her parents (some very un-nice things). He read it out, exposing what she wrote, shot her laptop and posted it on YouTube for everyone to see.

How do you feel about the girl now that you have watched it for yourself? If her friends watched this video, what would they think? Would they feel sorry for the dad or for the girl for having such a dad?

Who is worse, the father who tells the world his family is dysfunctional or the daughter who tells her friends on Facebook about her parents? Which of them got more attention, her letter or his video?

In some wau, the strategy worked. She will never write things about her family on Facebook ever again. Yet the shame will disable her for a long time. Not the shame of what she did but the shame of having such a dad!

Another strategy of publicly shaming kids that only reveals more about the parents is called the Humiliation Board. This is when parents force their kids to walk around with a sign stating the horrible things they did. Read an example here.

If that wasn’t enough, there is the option of eliciting drivers’ cooperation like in the photo “I am a bully. Honk if you hate bullies.”

Let me ask you something important. If you use bullying to make kids stop bullying, what does that teach them? A kid who is humiliated is not one who understands. It is not a kid who knows why they should stop what they are doing but one who will do anything to avoid punishment or humiliation. It is much like a criminal who does not think there is anything wrong with stealing as long as you are not caught.

Public embarrassment is a common strategy of parents who feel helpless. It is like holding up a sign that says, “I am a weak parent and do not have good parenting skills to raise my kids”. Here is an example of a mom who made her son stand on the street with a humiliating sign and did not understand that she was humiliating herself.

Some parents are so helpless that they take it to the extreme of using a hair cut as a shaming tool. Here is a video of a dad who was so angry at his son’s grades and the fact that his son lost a $700 iPad that he gave him a bad hair cut as humiliation.

Disciplining kids through humiliation does exactly the opposite of what parents want it to do. Instead of focusing on the bad behavior (not that all of it is necessarily bad behavior), the focus becomes the weak parenting. Children learn avoidance in order to stay away from punishment.

Most parents who use this child shaming strategy convince themselves that it worked. It doesn’t. As a teacher, when I work with these kids, they become lifeless and lose motivation to do things. If their “bad” behavior was a result of anger or disrespect, then now they have even more resentment, anger and disrespect towards the parent.

An eye for an eye will make the whole world blind

Now he or she is more angry, more afraid, more aggressive, more depressed, and more helpless. Their original need, challenge, problem or fear is still there, if not even bigger than before. After being humiliated, they will try hard for 2-3 weeks to be what they parents want them to be, but their original issue will resurface and the might behave badly, say something nasty, fail at school, do something their parents do not agree with, and the whole cycle will start again.

You have the power to stop this cycle. The responsibility to change lies with you because you are the grownups in this relationship. Shame, humiliation and guilt feelings are an ancient way to motivate children.

The fear of punishment can only go so far

The fear of punishment can only go so far. Nobody misbehaves for the sole purpose of misbehaving. Unaddressed, the real reason for their behavior will make them do it again. For example, no person on earth has stopped speeding after being caught speeding once,  because the need to speed has not changed!

The fear of pain can only last so long. That is why many families have second and third children. If the fear of pain lasted forever, no sensible women on earth would ever have another child after giving birth to the first on (unless she is a certified masochist).

The fear of punishment can only work that long. That is why a huge percentage of criminals go back to jail shortly after they come out. The need they had the first time that made them commit a crime has not disappeared!

The fear of pain can carry on for so long. If this wasn’t the case, people who suffered trauma or loss would not get up in the morning to face the memory of their trauma or loss. Any loss and trauma would always result in suicide and devastation.

If you are a parent, you have the power to stop this vicious cycle. If your kid is doing something that makes you feel weak, address their need and your need. Do not hurt your child and yourself. If you want respect, first you need to model respect.

Tell us what you think of shaming kids as a parenting tool on the poll below.

What do you think about shaming kids as a parenting tool?