Since the Be Happy in LIFE program and the Garden of Eden program are based on promoting Emotional Intelligence, I have been asked many times to explain the main idea behind them.

It was psychologist Howard Gardner’s book Frames of Mind, Frames of Mind: The Theory of Multiple Intelligences, which began the development of EQ.

For a long time before this publication, knowledge was the centre of attention, so Gardner and later Goleman and many other emotional intelligence gurus were very brave to go against the mainstream.

My first encounter with EQ was 23 years ago, during my special education studies, long before Goleman’s book went to print. Luckily, I had the most inspiring mentors and teachers that were at that stage experts in Emotional Intelligence and helped me shape my educational philosophy and my educational career.

I remember back than, most of my special education mentors warning me about relying on IQ tests, because IQ was supposed to measure a person’s maximum potential and to remain constant, no matter what that person learns. 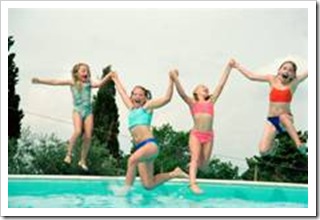 For me, this creates a limiting belief. If I think that a kid has some predetermined potential, this can limit my work with them.

Moreover, I discovered over time that IQ was not constant at all. I knew kids who took an IQ test, worked on the skills measured by the test, and then took the test again and got higher scores! Now, if IQ is a measurement of our set potential and I can change the result with my work, what is the point of this measurement?

In my first program, the kids went through an assessment to check IQ in every term. All of them (yes, all of them) increased their IQ every term. The whole program was constant work on the kids’ emotional state. The cognitive and academic achievements were side effects. Wouldn’t you like having smart kids without teaching them literacy and numeracy?

What is Emotional Intelligence?

Years after Gardner, Peter Salovey and John Mayer defined EQ as made up of 5 elements. These qualities sit on a scale and determine how high or low a person’s emotional intelligence is.

Emotional Intelligence is increasingly relevant to Education, organizations and businesses since it has been proven to help understand and assess people’s behaviour. Many businesses now send their employers to professional development courses. At Be Happy in LIFE, we see more and more business people and executives who realise that their emotional state greatly contributes to their performance. 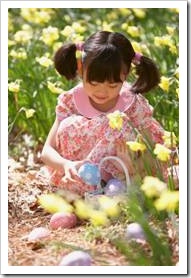 They also argued that “emphasising cognitive skills does not contribute to people’s well-being”, while “emphasising EQ increases productivity, reduces stress for individuals and organizations, decreases conflict, improves relationships and understanding and increases stability, continuity and harmony”.

In my experience with gifted children, I have found that very smart children with high IQ (high cognitive skills) did not necessary possess the right emotional strength necessary for surviving school.

If at all, the high IQ kids had emotional challenges that were more difficult than other kids their age, and positioned them in the “special education” sector. My work with such kids was aimed at bridging the gap between their IQ and EQ, which was higher than that of average kids.

Optimism is Better than Knowledge

One big factor of Emotional Intelligence is optimism. During the 1980s, Martin Seligman researched optimism and its effects on people’s performance. One of his greatest discoveries was presented in his research of insurance sales people.

Seligman convinced an insurance company to hire people who passed the optimism test but failed the standard IQ test. He compared their sales to those of sales people who were hired based on standard tests only.

In the first year, Seligman’s group’s sales were 21% higher than the others. In the second year, their sales reached 57% more than the others! His research conclusion was that optimistic people handle rejection better than others and are therefore more likely to succeed.

If you take Seligman’s discovery and implement it in education, you will find exactly the same results. Optimistic kids are able to tackle new learning in a better way, better than kid with high IQ.

Learning a new thing contains the risk of not achieving, at least in the first attempts. Optimism and pessimism play a major role in determining the success of each learning experience. 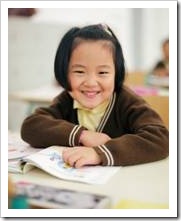 In one of my Garden of Eden programs (in Singapore), 3 year olds sat in groups of 4 and successfully worked together on 240-piece puzzles. Long before we could measure those kids’ IQ in a formal way, we could set their mindset to believe they could.

For them, nothing was a failure. Every visitor to the centre was shocked to see such tiny kids mastering an activity that some grown-ups do not have the patience to do.

Optimism can be taught at a very early age, when young kids are still easy to influence and manipulate. Yes, I know that manipulate sounds like a harsh word, but as parents and educators, we manipulate all the time, whether we are aware of it or not, and, of course, building optimism is a good thing.

Unfortunately, schools and parents spend much time, money and energy for kids to learn more Math and read better but not nearly the same effort to teach emotional skills.

I am very optimistic that we can change this!
Ronit

For many years, knowledge was considered to be the ultimate factor for success in life. Many parents and educators still pump knowledge into kids’ brains, in hope this will bring kids to the desired achievements. While in the past knowledge was something not all people could have, nowadays it is…

Diagnosing Learning Difficulties and Gifted Children in the Early Years