As a parent, I often wonder how my kids interpret their world. Besides being younger than I am and lacking experience, they have grown up in a period and an environment so different to mine this is worth looking at.

I grew up in a small town, where I knew lots of people. As a kid in 1st Grade, I rode the bus home from school for 20 minutes, after crossing a main street. I was very proud of myself, but the only reason I agreed to it was because the bus driver at that particular time was my parents’ friend and I trusted him.

When I was growing up, TV was a new thing, broadcasting hours were limited and the quality was pretty bad, so I mostly played outside with my friends. If anything happened to me when my mom was away, I would just go into my friend’s home and get some help from his parents.

When my mom came home late, I would go to my divorced, middle-aged neighbor and he would tell me stories from another country feed me exotic food and keep me safe until it was time for me to go home.

What made me feel safe was mostly that people behaved in a way that matched their words and their facial expressions. When a man used harsh words, he also waved his arms, shook his fist and screwed up his face. When a woman offered to help me, she also smiled and looked relaxed and kind all over. 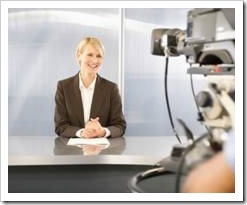 Try to remember the last time you watched the news on TV. The anchors smiled most of the time, didn’t they? They even exchanged jokes from time to time, right? But the topics on the news were all doom and gloom – shootings, robberies, dishonest politicians, government decisions you may not like, etc.

Is it appropriate to behave cheerfully when you deliver bad news?

Now, consider most of the “sitcoms”. In a typically conversation, the audience is the real listener and the participants are just acting out a script, so delivering hurtful words, putting others down and using sarcasm are all “part of the deal”, while keeping a posture and facial expression that says, “Yeah! I’m all that”.

But in our daily life, there is no audience. The only ones hearing the words are us and we get hurt by them. And when someone we love says something that hurts and looks like they have just won the lotto, it makes us wonder how much they care.

Switch channels to any police drama series, in which actors pretend to have various emotions, but all the time they are made to look suspicious in order to keep the tension.

This has become so difficult, there is even a special series called Lie to Me, which supposedly teaches us how to detect when people are lying. According to Scientific American, there is a real professor of lie detection behind the series, but there is a staggering variety of expressions to keep up with. 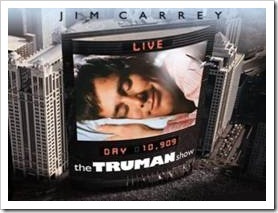 I was talking to Tsoof last week about how films are being used for advertising and gave him the example of product placements in The Truman Show (see in this video). There is a scene in the movie when Truman is upset and his wife offers to make him some cocoa, but she presents the package to the hidden camera behind him and praises the cocoa until he turns around and wonders, “Who are you talking to?”

The same thing happens in nearly every commercial on TV, on radio, in the papers and online, as well as in infomercials during morning shows. A person appears to be very pleased with some product and makes statements about it, which nobody would ever say to a friend at home. There is a big contrast between being a familiar actress and energetically promoting headache medicine.

I believe these things (and others) are leading our kids to distrust body language, facial expression and tone of voice as ways to receive messages from others. Worse, by often mimicking this inconsistent behavior, our kids are actually training themselves to lie better, which makes me worry for them sometimes.

The link between our body language, facial expression and tone of voice and our emotional state is extremely difficult to control consciously, maybe even impossible. I used to be very attentive to words, but since becoming a life coach, I have greatly improved my abilities to detect emotional messages through behavior. When I meet new people or watch people in public places, I can easily pick them out and sometimes predict the next steps.

But the important thing about all of this is that the most appealing people I meet are the ones who appear as angry, kind, distressed or happy as they say they are – the ones who seem to be hiding nothing. I want my kids to be like them. 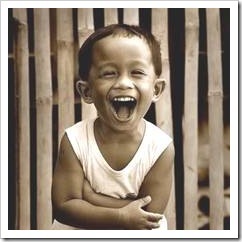 I read somewhere that the reason we like babies is that they are innocent. This lasts roughly until they go to school and then they learn too much about manipulation. In a sense, she was like a young child – pure.

It takes confidence to show who you really are. It may not be possible to do it all the time and with everybody, but I will do my best to teach my kids to work on their beliefs, their thoughts and their emotions and live honestly. And I am going to do this by showing them how.