This post is part of a series about a letter I asked parents to write their kids for a leadership camp I ran in the past two years with about 30 student leaders in Grade 5-7 from 5 schools. The first post described the parents’ reaction when I asked them to write their kids “I believe in you” letters and what I learned from the parents’ side. The second post was about what happened to the kids when they opened their “I believe in you” letters.

During the camp, I noticed the kids did not display a sense of pride in themselves. They talked freely about being proud of a team they admired in sport, but had quite a different attitude towards being proud of themselves, their family or their class.

I discovered the difficulty of the “pride” feeling at a very early stage, when I asked each of the kids to introduce themselves and then to tell the group something about themselves they were proud of. Everyone, kids and adults, looked at me in surprise.

Recognizing my own feelings is the basic level of emotional intelligence, so I thought that when we address leadership, recognizing things I am good at as a starter would be a good way for the kids to start appreciating their strengths. I was not surprised to see how much easier it was for kids (and grownups) to talk about things they were not proud of, as if they had practiced those so much they came to them naturally. 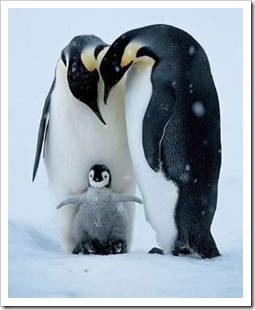 Most of the kids struggled with the idea of being proud. I pushed them by giving an example. I said, “I’m Ronit (we were still getting to know one another) and I’m very proud of myself for organizing this camp”. Some shy kids said hesitantly they were proud of themselves for having been chosen to be in this camp, but most of them said they did not know what to say. They used words like “boasting” and “bragging”, being “full of themselves” and “arrogant” as the reasons they could not find anything they were proud of.

So when the kids were reading their letters and Beth said she preferred Jessica to read her letter because it was embarrassing to read aloud good things about herself, I decided to discuss pride with the kids.

“What is showing off?” I asked and pointed my question at the other students.

“It’s when you make someone feel bad”, said someone.

“No, it’s not”, said someone else, “Why would anyone feel bad if Beth’s mom loves her?”

“Some people may feel bad if their mom didn’t say she loved them”, suggested another child.

“But it’s not Beth’s fault”, was the answer.

“But this is the truth. Beth’s mom wrote her a love letter and Beth is very happy. I think she can share it”, said another student.

I asked them, “If you’re proud and happy that your mom loves you, is that bragging?”

“You can be proud, but you don’t have to talk about it”.

“In case someone feels bad”.

“It’s not fair. It means I can’t say anything good about myself, in case someone else feels bad”.

I said, “That means I cannot be proud of myself for organizing this camp”.

“You can”, said someone, “Because it doesn’t say anything bad about anyone else”. 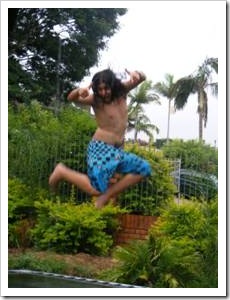 One compromise was to call it “sharing”. If you share something good someone says about you it is not completely bragging and because (Thank Goodness!) they all had love letters, no one would feel bad hearing other students’ love letters from their parents.

As the kids read some of their letters, I knew there was lots of work I still needed to do. Derek Brady, the school principal who attended the first camp and some of the second camp, told the kids he had won a very special award and that even he felt uncomfortable talking about it for fear someone might think he was being arrogant, but he said that during camp, he had realized it was OK to be proud and say good things about yourself and that leaders needed to learn to accept compliments from others.

We were in the small room for a while. Kids read their letters in turns, but kept reading their own letters to themselves over and over again. It was very late, so I told the students to go to bed and instead of a good night sleep, I went to each room and told them about my family ceremony every night.

“Before we go to bed, we ask ourselves two questions, ‘What was a special thing that happened to me today?’ and ‘What am I proud of today?'” I gave them time to think and they all gave me their answers with confidence. Compared to what they had said in the morning, their answers were amazingly different. While in the morning they had tried to convince me that being proud was bragging, each of them came up with something great to say at night. 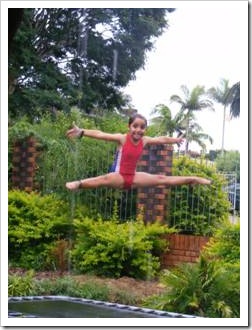 “I’m proud of myself for sleeping away from home”.

“I’m proud of myself for sharing my letter”.

“I’m proud of myself for making the Athletics team” (there was someone in every room who was proud of winning in sport or going up a level).

“I’m proud of being a good brother to my sister”.

“I’m proud of being a good student”.

“I’m proud of helping my mom with my baby sister”.

“I’m proud that I speak to my parents in another language”. 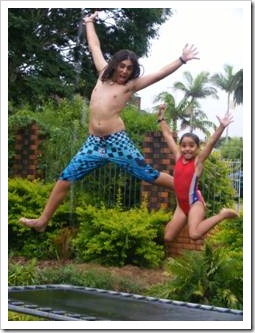 People tell me it takes years to make a change. I say it takes hours and with the right guidance, we can make a huge difference.

Next week, I will share some of the letters I got from parents for their kids at camp to help you understand how valuable this experience was (and can be for you).

Until next week, happy parenting,
Ronit

I Believe in You (4): The Letters of Encouragement

This is the last post in a series about a leadership camp activity where I asked parents to write their kids a letter of encouragement, confidence and trust and a promise to be there for them always. I ran this camp for 2 years in a row. Each time, there…

Success is climbing upwards and for kids (and grownups) to succeed, they need someone to hold the ladder for them - a support structure that is there to remind them to move forward - like the caddy of a champion golfer. Parents are the best support group for their kids,…

After a full day of me challenging the way they think and manage themselves, the kids were relaxing at dinner and we heard laughs and discussions from tables all around. In came the girl from the office, holding envelopes in her hand. "You've got mail", she said and the kids…