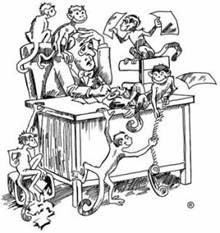 My son Tsoof is studying composition at Griffith University’s Young Conservatorium with Ralph Hultgren, who is a very inspiring person. Ralph is a very talented musician, composer and probably an excellent teacher, because he has managed to build one of the best music schools for young people in Australia.

On time is late and early is on time 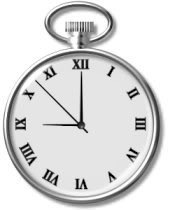 Can you imagine how life would be if I did all of it on time?

Last month, a couple of things happened to us that demonstrated yet again to everyone in my family why on time is late!

The first thing was that we were preparing to leave the house for a one of Tsoof’s music competitions. It was a very important competition and it took place during Election Day in Australia, so we had to find time to vote during an already full day. We agreed we would vote outside of our electorate and find a place close to the competition venue. We had a relaxed morning and left home on time to be there at 1:30, knowing it would take half an hour to drive there.

On the way, I asked Gal, “Did you take your driver’s license (to vote)?” and he said, “No”. We stopped the car and had to make a quick decision: make sure Tsoof gets there on time and miss some of his performances in order to go back for the driver’s license or driving back immediately and risking Tsoof being late for his competition?

When you do things on time, everything must be perfect and you must think of all the possibilities that could prevent you from doing things on time. You know what, no one is perfect and no one can predict that an accident on the road would be the difference between getting to the competition on time or not.

We went back home and Tsoof got there a little late. Luckily, he was scheduled last in his first section, but he had not time to practice his piece. You could think, “Well, no harm done”, or you could think that if you want to run a family and make sure that people are not stressed all the time, on time is late!

The other thing that happened to us, which was way, way more serious, was a composition competition in Japan. Last year, Tsoof spent every spare moment to write a 15-minute orchestral piece for the Toru Takemitsu Composition Award. As a person who adopted the “On time is late” philosophy 25 years ago, I said to him that since the composition needed to be in Japan at the end of September, we needed to send it by the end of August.

So we did. Tsoof sent his composition on time and it arrived in Japan in the middle of September. Cool! Right?!

Well, No. The day they received the composition, they found out that the last 4 bars (out of sometime like 600) had too many percussion players, which meant there was a need for another set of hands for 10 second of the piece and that violated the conditions of entry, which specified that only 4 percussion players would be required.

Can you imagine how he felt? A whole year of work during his breaks, studies and otherwise packed timetable could be going down the drain…

The people from the competition were wonderful enough to send him an email straight away, telling him they could not accept the score to the competition, but if he wanted to make a change and send it again, they would accept it, as long as they got it on time. 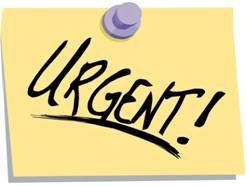 Fixing the score took about 1 minute, but we needed to print it on A3 paper (which we did not have at home), bind it and send it the same day on the fastest service we could in order for it to arrive on time!

On the 29th of September, a day before the closing date of the competition, Tsoof got an email from the competition organizers, saying his composition had arrived on time!

Many times, the concept of “on time” is translated to “at the last minute”. Running a family is very similar. When your “on time” means “at the last minute”, you are going to have lots of problems, stress and heartache, not to mention raising kids with that philosophy who grow up to miss opportunities and fail in situations that otherwise could be very successful.

Join me next week for the second part of this handy family tips chapter and I will give examples of how to shift from “On time is last minute” to “early is on time”.