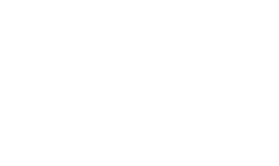 Most parents dread taking their kids on long drives. Without some cool road trip games and activities, many children grow restless and fall into the “Are we there yet?” routine, which makes everybody go nuts.

We started having a taste of this ourselves when our eldest, Eden, was four and a half years old. We moved to Arlington, TX, where we spent most weekends touring Texas on long road trips with another family that had a boy a bit younger than Eden. We spent many hours in the car, but we did not seem to have a problem entertaining the kids.

When we lived in Thailand, entertainment in the car was a hot topic. At the time, traffic in Thailand was so bad we could spend up to 3 hours just going to the supermarket or to see friends. Our son, Tsoof, was a baby and we spent many car rides touring up and down Thailand. Typically, it was also hot and humid.

Through the years, we have traveled with our kids through the USA, China, New Zealand (twice), Korea, France and Australia. We traveled up the center of Australia and down the east coast when our youngest, Noff, was one year old, Tsoof was 7 and Eden was 13. The trip took us 6 weeks and we spent many hours in the car. People thought we were crazy. Taking 3 kids in one car on such a long road trip seemed to them like a suicide mission. But it worked well for us.

It all depends on how you spend the time in the car. So what did we do?

We sang songs, told stories, did homework, played many fun road trip games and turned the journey to our destination into something enjoyable in itself.

Last week, we drove home from a festival on the coast and Noff (who is now 13) told us about a game she had played on a recent drive with a friend’s family. In Australia, most license plates have 3 numbers and 3 letters, so they looked at the letters and tried to come up with a sentence. It can be serious, funny or silly, but it has to be in the right order. For example, ISA – International Stupid Association.

We decided to try it. As we played the game, I realized that it required fast thinking. As adults, we kept searching for something that made sense, like ISA – International Snowboarding Association. Meanwhile, our kids went for anything that came to mind. It made the drive home most hilarious.

Tsoof, who is 18 years old, was the fastest. There were no boundaries to his imagination (and silliness). While we were all thinking, he had already come up with ways to do it faster. For example, he used “International” for every I. He was so fast we had to ban “International” from the game so everyone could get a chance.

Some letters, like X, were extra difficult for us serious adults, but the kids made funny sentences like: SXB – Sexy Xylophone Board or Smelly X-ray Bra. The license plate in the picture became World Recording Xylophone. You can tell I made up the ones here, because the kids had lots of stupid, snot, boobs and farts. It was hilarious.

Try this road trip game for yourself on your next long car ride with your kids. It is fun and challenging and uses parts of the brain you usually don’t need while driving. Most importantly, it helps pass the time much faster, making long rides feel a lot shorter.

Happy riding in the car with kids,
Ronit