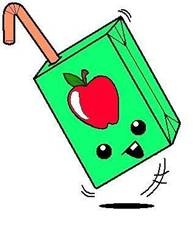 It started from nothing, really. Our family was out on a sunny day, enjoying attractions, food and entertainment and generally taking it easy. Then, Ronit pulled out a little carton of juice from my backpack and asked me if I wanted it.

“Well, are you going to want it later?” Eden asked.

“I don’t know”, I said, starting to wonder what was going on, “I’m OK for now and I’ll manage later”.

Eden got visibly upset and told me I was being difficult. I asked her what was so difficult in stating what I wanted so clearly, but that only made her more upset.

As this was happening, Ronit seemed to be impatient, making little “Tsk” sounds and sighing, all of which were directed at me. At some stage, she put an end to the conversation, but I was left confused about the intensity of Eden’s responses and Ronit’s behavior.

Now, if there is one thing that will drive me insane, it is an open question or problem. When I cannot understand something, it is clear to me I have some unrealistic belief, which is likely to get me in trouble again, unless I uncover it and deal with it. In this case, I believed I was simply being asked if I wanted any juice, but that was probably not it.

So I let Eden cool down a bit and, admittedly, waited for Ronit to be out of earshot, and asked her what the big deal was.

“We only had four cartons for the five of us, so Mom wanted to be fair to you and share equally. Why couldn’t you just tell her if you wanted any or not?” Eden said.

“How was I supposed to know there were only four cartons and she was trying to be considerate? She just asked me if I wanted juice?” I said. 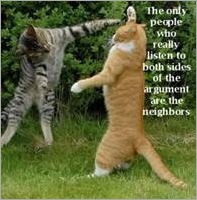 “Did it occur to you I may have had a completely different view on this?” I asked Eden, “Mom took the thing out of my backpack, so I couldn’t see how many cartons there were, and each pack has six cartons in it, so I assumed we had plenty to share”.

“But Tsoof and Noff have already had one each”, she said.

“And I was supposed to know this because you know it?” I asked.

“Mom knew it. Tsoof knew it. Noff knew it. I knew it. How come you didn’t know it?” she countered.

“Do you know everything I know?” I asked.

“Well, I wasn’t paying attention to the juice and who had how many cartons, because I was doing other things. It’s not such a major thing, so I didn’t keep track, and when Mom asked me if I wanted any juice, I answered the question as simply and as honestly as I could. As far as I was concerned, if anybody else has my juice, I hope they enjoy it, so why make such a big fuss about it?”

“We wanted to be fair to you and you didn’t even appreciate it”, she said bitterly.

Oh, so that’s what they meant…

This is a very simple example of how this works. I am sure you can find examples of similar situations from your own life, so there is no need to dwell on what does not work anymore. Instead, let’s figure out why this happens.

I would like to introduce a term that will shed light on pretty much all the communication messes you will ever have: 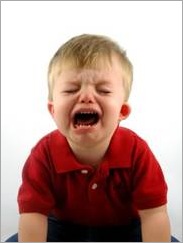 Just imagine for a second your little toddler getting upset at you for putting her to bed and saying, “I hate you! Bad Mommy!” Now, imagine your teenage daughter leaving the house in a storm, all dressed up, made up and accessorized, turning to you before slamming the door and yelling, “I hate you! You’re such a bad mother!” Can you imagine this being said by your soon-to-be ex-husband during a divorce? Your mother after she has tried to tell you for the millionth time how to raise your kids and you have told her to shut up and butt out?

This works the same with a son, Daddy, soon-to-be ex-wife and your father, of course. The context determines the meaning as much as the actions and words do.

Now, every day, we spend 16 hours or so being aware of what happens to us, our own thoughts, our own interpretations and our own feelings. During that same time, we may get a tiny little glimpse into other people’s minds, all through their communication filters and/or through our own. There is no chance in hell our contexts are the same. None!

So the first thing we need to do is make sure everyone is on the same page when we talk. You probably do this naturally with little kids by reminding them that your conversation is about that trip you took to the beach (“Remember that, honey?”) or by telling them that a million dollars is a lot of money. When someone joins a conversation you are having, you probably fill them in quickly before you carry on, so they do not feel lost and left out.

Unfortunately, in many important cases, we do not stop to consider what the other person (usually our partner) is unaware of, because it is so obvious to us. In fact, the surest sign this has happened is the other person stating something we already know, as if just realizing it, and us saying, “Isn’t it obvious?”

But there are signs that appear long before that, which should get you thinking about the context. You will hear the other person saying or doing things that seem unrelated to your own words or actions. Then, you will start feeling some pressure inside you, like something is starting to go wrong. 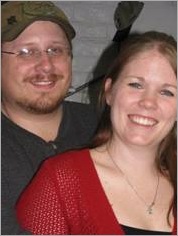 Stop! Go back to the beginning and ask yourself, “Maybe we need to synchronize our contexts here. Maybe we are looking at two different pictures and we need to check our assumptions before we continue this conversation”.

Sometimes, the missing pieces to the context puzzle are emotions. Under stress, many of our responses are defensive, while our creative thinking and memory are pretty close to being disabled. Absorbing important new information, making decisions or even empathizing may not be achievable under the circumstances.

As gently as possible, try to find out first if this is a good time to have this conversation and then check your and the other person’s assumptions at every step of the way. Finally, suggest to the other person there may be a difference in your viewpoint and remind him or her to take the context into account and work with you towards sharing your underlying assumptions until the misunderstandings clear up.

There is a beautiful moment when you know you are on the same page. Suddenly, somebody says something and the other has a relieved look on his or her face and says, “Oh, so that’s what you meant when you said…”