My life and relationships used to be mostly based on some imaginary expectations and assumptions that were the result of mimicking my parents and other people I knew, who had done the same growing up. I would go as far as calling that period “my dark ages”, but after I went through life coaching, things became a lot clearer.

Today, I want to give you an example of how a simple exercise changed my view of my marriage with Ronit for the better and, in fact, improved the way I interact with everybody in my life.

This was before Ronit and I discovered communication styles and love languages and I had a strong feeling I was going out of my way to make Ronit happy, but she was doing very little to do the same for me. I thought this was unfair and I was frustrated.

Fortunately, I had a session with my life coach, Sheryl, that week.

I started pouring my frustration as soon as I sat down. If you have ever been to life coaching, you know you can only do this for a very short time.

“Gal, I get that you are upset and that from your point of view, things aren’t equal in your relationship”, Sheryl said.

“But by now, you already know that what matters most is your perception of the world, not how the world is. So let’s look at your choices and your focus, OK?”

I nodded in apprehension, because I knew what was coming. I was going to have to adjust MY end if I wanted to be happy and that stank. Here I was doing all that stuff for the sake of our marriage, getting next to nothing in return for my efforts and now I would have to adjust MY focus?

“In a typical day, how many things would you say you do to keep or improve your relationship with Ronit?” Sheryl asked.

“And how many similarly good things would you say Ronit does?” she asked. 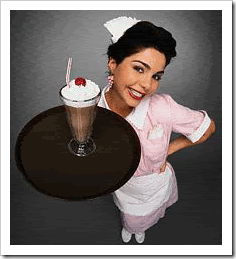 “One or two, sometimes none”, I said bitterly.

“Do you think she notices all the good things you do every day? Does she show her appreciation every time?” Sheryl asked.

“No, and that’s even more frustrating. She doesn’t even notice sometimes”, I complained.

“Hmmm”, I felt a lesson coming on.

“When you do something for another person, you may plan it for a while, then you do it with a certain intention, but the other person may be completely unaware of any of it”, she explained, “They certainly don’t know what you’re planning, they can’t see your intention and they may even miss what you do if they’re busy or if this is not something meaningful to them”.

“OK, so you’re saying maybe Ronit isn’t noticing all this stuff I do for us?”

“I suggest that you spend a week paying close attention to everything Ronit does and says and ask yourself if it could be a way to make you feel better or improve your relationship. Particularly, notice the things Ronit likes herself, because when she does to you something that would make her feel good, it is probably because she thinks it will make you feel good too. After all, we see the world through our own eyes”, Sheryl said.

So the following week, I put a little notepad in my pocket and made a list of the things I noticed. Initially, the list grew slowly, but within a couple of days I could recognize “the good stuff” a lot more easily, particularly anything that happened more than once.

I later discovered that Ronit’s love languages are Affirmations and Services. During that week, I still did not know that, but I listed many compliments, words of thanks, encouragements, cups of coffee, yummy sandwiches and other things.

At the end of the week, I had 74 items on my list. I had noticed 74 things Ronit had said or done that I interpreted as being for the benefit of your relationship or for me personally.

The week before my life coaching session, there had been none. OK, maybe there was one.

This was clearly not because Ronit started behaving differently all of a sudden. The week before, I had totally missed a similar number of statements and actions. In fact, I was not sure if 74 was everything. I might have missed a few still.

That really blew me away. Since then, whenever I get a similar feeling that things are unfair, that I work harder and do more, I spend some time counting the good stuff the other person does. With practice, I no longer need a whole week. I sort of put myself in “paying attention to good things” mode and after noticing a few of them, my feeling changes.

You should try is sometime.