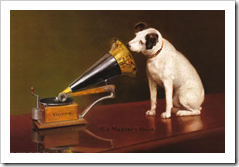 Motivation can be external or internal. That is, a person can be prompted, encouraged or coerced to do something by somebody else, or they can do it for their own reasons.

Kids, being so young and dependent, begin their life by mimicking their parents and other carers and by following their instructions. “Those big, loving, all-knowing creatures that take care of me must be right, so it’s best to be guided by them”, they reason.

This quickly develops into obedience, even when following the instructions might cause discomfort to the child. “It’s a small price to pay for the big person’s love and besides, maybe the big person is right and this is good for me?”

I find with my kids that their principals, teachers, coaches and other instructors tend to encourage conformity and submission to authority and I have to deal with it sometimes and help them strengthen their internal motivation. You will recognize this has happened to your children when they start talking about getting away with things, instead of whether or not those things should be done in the first place.

Recently, I took 15-year-old Tsoof to school and he described some friction with one of his teachers, saying he was looking for a sneaky way to get even with her without being caught and punished. I noticed he was focusing on making her feel bad and how she might react, rather than on making himself feel good, so I asked him

When you do something bad, who knows? 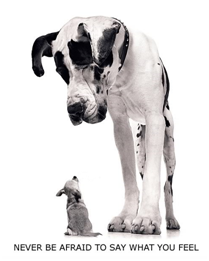 “It depends who’s with you when you do it”, he said.

“No, I mean always. Who ALWAYS knows?”

“If you believe in God, I guess God knows”, he tried.

“Yes, but not everyone believes in God, so who knows when those other people do something bad?” I insisted, getting frustrated by the ongoing display of external motivation.

“They do”, his face lit up for knowing the answer, but then fell again as he realized what that meant, “I do”.

“Yes, Tsoof, YOU do. When you do something that YOU think you shouldn’t be doing, YOU know about it and this leaves a mark on you. You start out being innocent and kind, and every time you do something that feels wrong, your perception of yourself gets polluted and your self-esteem goes down”, I explained.

So take any child and you have a positive, lively creature that thinks everyone is a friend. That child is free to do anything he or she wants and has nothing to hide. Whatever comes naturally is good and makes the world a better place.

Now take that same child after being given an instruction he or she resents and doing something sneaky in order to feel in control and valued.

All of a sudden, there are negative consequences if anyone finds out, which makes everyone a potential enemy. The child may even try to keep the secret from people close to him or her. This is a heavy burden, especially when it is coupled by the feeling of being wrong. 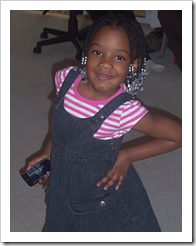 But when your world is driven by your internal moral compass, there is no need to be sneaky and no need to feel bad about yourself. If the teacher wants you to do something and you disagree, it is your choice whether to do it or not.

If you do it, it is because you have decided this would get YOU the best outcome.

If you do not, it is because you have decided you would rather bear the consequences or maybe you have found an alternative you can live with.

Either way, it is up to you and you are an independent person, in control of your life, so your self-esteem can only go up.

This issue is close to my heart and I sometimes feel like society and all its systems are conspiring to make my kids externally motivated. Exams, grades, belt color, insignia – all these and more are used to tell kids what they can and cannot do according to their “superiors”.

Being externally instructed and evaluated delivers the message that the kids are incapable of independence and takes away from their appreciation of themselves.

I am always on guard and often reframe my kids’ statements back to them to remind them they have control over their life. When they tell about negative feedback they have received, I ask them

In the car on the way to school, Tsoof discovered that maybe his conflict with his teacher had not been so important after all, that she was also a person and needed to feel in control of her class and that having good thoughts about himself was far better than taking sneaky revenge at her.

It was a good day.